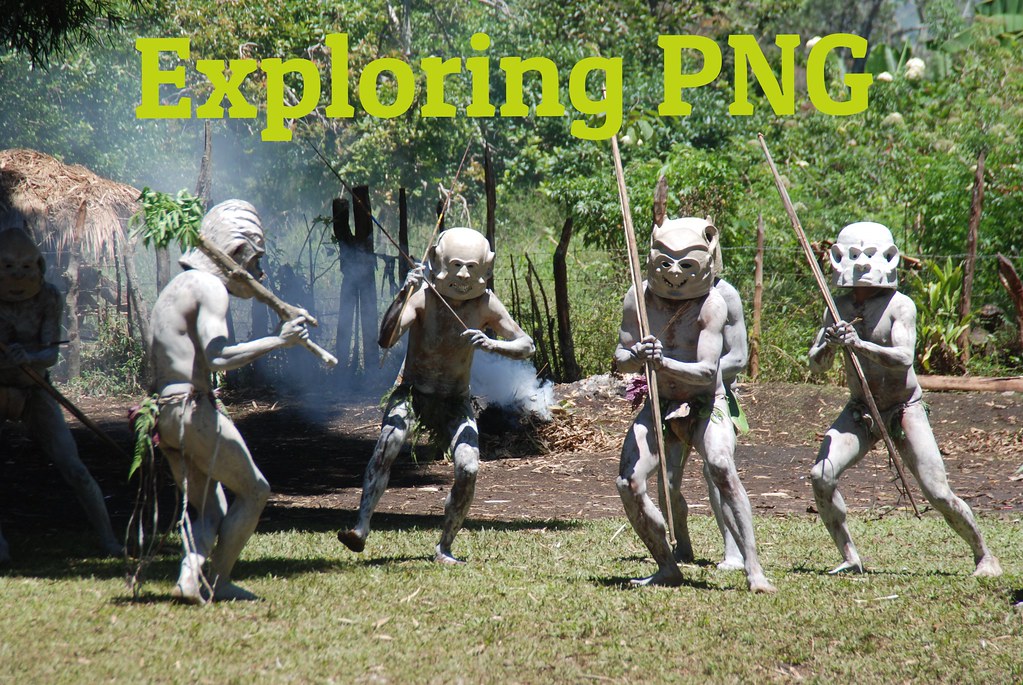 A local promotion leaflet sums it up well: “PNG - where tourism isn't an industry.”
Introduction

Papua New Guinea welcomes but a fraction of the international visitors enjoyed by other South Pacific nations.

Most conspicuous by their absence are Australians, while the notoriously fickle and safety-conscious Americans are to be found in droves lapping up the unique diversity of cultural and environmental attractions of this land just five degrees south of the Equator.

The magic and traditions of Thai New Year (Songkran) There is no better place to celebrate “Songkran” than Thailand, where the many unique rituals and festivities, which for centuries have celebrated the significance of water in Thai culture and society, will charm and delight visitors old and new to the kingdom.

Mr. Thawatchai Arunyik, Governor of the Tourism Authority of Thailand (TAT) said, “Thailand boasts many hundreds of years of rich history and traditions. Much the kingdom’s culture comes from the ethnic Thai people, whom represent more than two thirds of the kingdom’s nearly 70 million citizens. This ethnic Thai group can be divided into several sub-groups that differ slightly in their tradition, language and culture while being united by the Buddhist principles that the majority of Thais share.

“In many ways, it is this combination of cultures and diverse ethnic Thai groups and other minorities, including Chinese, Vietnamese, Khmer, Raman (Burmese-Thai) and various hill-tribes that gives Thailand its strong sense of national and cultural identity. This is because certain traditions, practiced for centuries are held in common, including Songkran.”

Songkran is considered to be the most magical festival of all, as it creates the important bonds of unity between families and communities that bring the Thai people together. It is not just about throwing water at each other, but about the traditions of hospitality, love and relationship in Thai families. Children who have moved away from home for work return to their families to bask in the love of their parents and elder relatives.

The word “Songkran” comes from Sanskrit, meaning transformation or change; to be specific, the changing of the zodiac signs. Timed to coincide with the rising of Aries on the astrological chart, the auspicious festival is a period when people cool off in the mid-summer heat, show respect to family elders and receive their blessings in return and also pray for loved ones who have passed away and cannot be present. Another Songkran tradition is when sand is brought into the grounds of temples and used to create sand pagodas as a way of making merit. It is believed that during the year, Buddhists inadvertently take earth from temples away on the soles of their feet or shoes when they have paid their respects. So the sand is returned at the Thai New Year in the form of these mini pagodas.

The local temples are central to the Songkran festivities, and it is traditional for everyone celebrating Songkran to make at least one visit there or to a blessed area to pay respects to and purify Buddha statues. At the temples, merit is made and water poured onto the hands of family elders (people above 60 years old) to show respect and seek their New Year blessings. The water throwing, so often associated with Songkran is normally enjoyed by young people and children though people of all ages tend to join the fun at some point.

This year, the date of the Maha Songkran or the ‘New Year’ is set for 14 April, when day and night are of equal length. This will be followed by Nao Day (Middle day) on 15 April, and the New Year itself on 16 April. Songkran 2014 celebrations in Thailand last from 5-20 April, depending on the local culture and traditions in different areas of the country. For example (click on the event’s name to read more details):

Top tips to get the most out of Songkran: