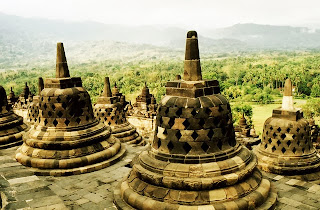 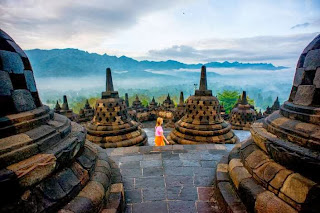 The city of Yogyakarta in the cultural heartland of Java was chosen at no. 20 by The New York Times among the paper's recommended "52 Places to Go in 2014".

Embellished with a large panoramic photograph of the mighty Borobudur temple, The New York Times had this to say:

"A volcano, a temple, a shrine and now a place to stay."

This central Javan sultanate draws crowds for its proximity to bewitching attractions: the monumental, wedding cake-esque Buddhist temple Borobudur, the soft-serve-ice-cream-shaped Hindu shrines of Prambanan, and pre-sunrise hikes to summit Indonesia's friskiest volcano, Mount Merapi (which most recently erupted in 2013). But finding a decent room has never been easy, until now. Thanks to tax breaks for hotel development, 20 new starred hotels, to complement the city's existing 30, will open through 2015. Among them are Zest Hotel (a Swiss-Belhotel brand) in 2014 and, according to a director of the Tourism Promotion Agency of Yogyakarta, three new properties from Accor, whose brands include Sofitel and Ibis.— SANJAY SURANA"

Located in the shadows of the active Merapi Volcano, Yogyakarta is a pleasant city, seat of the Sultan of Yogya. Imbued with Javanese cultural traditions, Yogya's royal palace carries a visitor back to a past era of refined behaviour, of deep philosophical thoughts, grace and serenity.

Today surrounding the palace, Yogya is a bustling university town and also a popular tourist destination, great for its culinary dishes and shopping for hand-drawn Batiks and fine silverwork.  A few hours ride from here is the wonderful Buddhist Borobudur temple on a hill that was a site for pilgrimage.  And a little further away are the elegant Hindu Prambanan temples built in the 9th century. Here, the magnificent Ramayana epic is re-enacted on a giant stage every dry season, with as background the full moon slowly rising above the slender temple structures.

Mount Merapi which erupted violently in 2010 has now also become a favorite adventure destination where tourists can witness first hand lava flows and the devastation wrought by one of nature's most awesome powers.

TripAdvisor - 150 million posts in the past year.

TripAdvisor collects more than 90 user contributions a minute that allow travellers worldwide to make informed decisions based on the personal experiences of other travellers. More than two billion unique worldwide visitors a year** visit TripAdvisor to research, plan, and book their travel at more than 3.7 million accommodation, restaurants, and attractions.

More than 500 million people worldwide are also able to find TripAdvisor ratings, reviews, and opinions on the websites of almost 1,000 brands every month. Partners include hotel groups such as Wyndham and other leading online travel suppliers.

The review celebrated as the 150 millionth piece of content posted on TripAdvisor was written by TripAdvisor member Erin S. after a Valentine’s Day weekend retreat with her husband. It's the first review she has written on TripAdvisor. The review titled “A warm and inviting retreat...you'll want to return!” is of the Cameron House Inn, a bed and breakfast in the Outer Banks of North Carolina, USA.

"Fourteen years ago, TripAdvisor saw an opportunity to help travellers help each other make informed travel decisions by sharing their first-hand experiences, reviews, and photos," said Steve Kaufer, co-founder and CEO of TripAdvisor. "Now, the internet and user-generated content have completely changed the way we plan, book, and share our trips."

The power of a review

According to a recently commissioned report conducted by PhoCusWright*** on behalf of TripAdvisor, more than half of global respondents do not want to make a booking commitment until they read reviews and find out what other travellers think about a property.

More than 80 percent say the site’s reviews help them feel more confident in their travel decisions, and help them to have a better trip.

The survey also reveals some interesting findings about why travellers write reviews and how they use them when planning a trip. 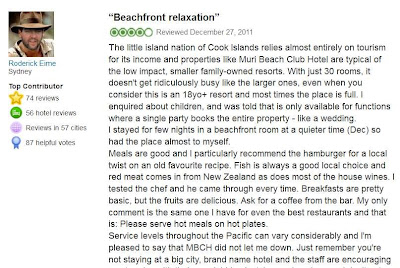 Why do travellers write reviews?

How to use reviews

When researching places to stay on TripAdvisor, 80 percent of respondents read at least 6-12 reviews before making their decision, and they are most interested in recent reviews that will give them the freshest feedback.

“Travellers keep coming back to TripAdvisor because they find the user-generated content useful,” said Kaufer. “It’s so helpful that hundreds of other travel and lifestyle brands see the value in integrating our content onto their sites. We thank our passionate community for sharing their travel experiences on TripAdvisor and helping other travellers plan their perfect trip.”