10 tips to avoid crime on your holiday 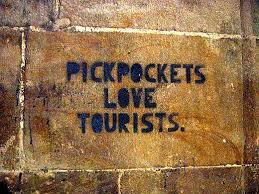 1) Carry a travel money belt instead of a backpack - you'll be less of a target to pickpockets.

2) Leave the bling behind - expensive items, and even expensive looking items, may attract the watchful eye of thieves.

3) Avoid running into trouble by exercising the same caution overseas as you would at home - e.g. don't jump into a car with a stranger, avoid walking alone at night and take measures to safeguard your items.

4) Familiarise yourself with the local currency and be wary of vendors who might try to short-change you.

5) Keep your passport safe and do not give it to anyone or leave it as a deposit for a jet ski or bike hire - it is the most valuable thing you take on holiday!

6) Be mindful of where you leave your items, even if right next to you. Normal places to put your items in Australia are often targeted overseas by thieves. Avoid leaving them unattended on the beach or in other public places such as bars and restaurants.

7) Avoid using unlicensed taxis. Use licensed, marked taxis, and note down the name of the company and driver. Be wary of taxi drivers who might try and drive away with your items still in the boot.

8) Be mindful of distractions thieves use such as kids trying to sell items or people telling you there is something in your hair or on your top.

9) Never leave valuable items (e.g. cash, jewellery, electronics) in checked luggage or stored away from you when using a transport provider.

10) Bus stops and buses (especially overnight ones) are a common target for thieves. Secure valuable items where possible by keeping them on your person and using padlocks on your bags.

Kolkata's bustling flower market is a riot of sound and smells 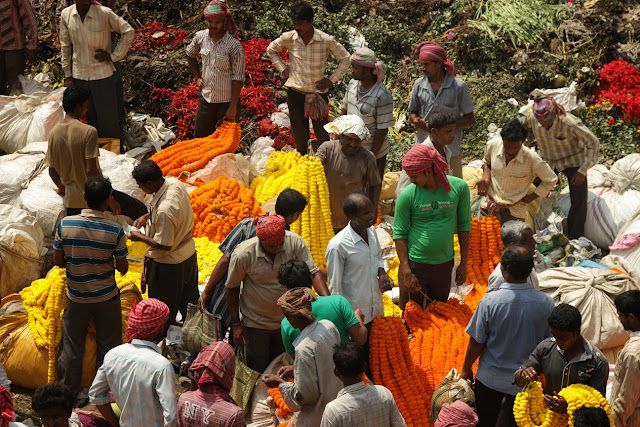 IN his continuing search for the more weird and wondrous in this world, David Ellis says that next time you're working on the flower vase, give a thought to the Mallick Ghat Flower Market on the banks of the Ganges River in Kolkata (Calcutta as most of us still think of it.)

Because here in the biggest flower market in Asia, something like 2,500 vendors a day trade fresh-cut flowers by the hundreds of kilograms… some 1,500-plus tonnes in fact, brought in daily from farms 60kms or more out of town.

Name a warmth-loving flower and you'll find it at Mallick Ghat… travel writing colleague Roderick Eime who was there just recently discovering the markets to be a fascinating if chaotic 15- to 18-hours a day of frenzied bidding, bargaining and bustle as vendors and buyers haggle over prices.

And almost cry as you learn that marigolds change hands from as low 60 rupees (AU$1) for a one kilogram bunch, 25 cut roses for just $3.50, wedding garlands a measly 400 rupees ($8) – with equally eye-watering prices for everything from sweet peas and sunflowers, to orchids and gladioli…

But Roderick warns that while Mallick Ghat's certainly worth a visit during a stay in Calcutta, be ready to splash around a muddy calamity under-foot, and to be constantly jostled amid the competitive crowds.

As well, being right alongside the sacred Ganges, prepare too for the sights of the faithful undertaking everything in the holy waters from religious bathing and washing to other activities normally reserved for the bathroom…

It's all, Roderick says, something of an assault on the senses, with the fragrant perfume of those tonnes of flowers, competing with the ever-present aroma of one of India's busiest, most densely populated and over-crowded cities.

For information on tours that include the Kolkata Flower Market, visit Active Travel

FLOWERS by the hundreds of kilograms… some 1,500 tonnes in fact that change hands daily at Kolkata (Calcutta) Mallick Ghat Flower Markets at prices to make you cry. (Photo: Roderick Eime)

From the sobering UNESCO site of Robben Island to the glittering malls of the Victoria and Alfred Waterfront, Cape Town is a solid favourite with visitors from all over the world.

No matter what anyone tells you, you can only visit Robben Island, you can never 'experience' it.

Ever since the last prisoners were released in 1996, the cells of Robben Island have stood empty. The stark painted walls, rusty bed frames and chipped iron bars sit alone and forlorn, the stiff, salty sea breeze whistling a shrill tune as it passes through. Only those poor souls who lived behind these walls can ever claim to have experienced this God-forsaken place.

The saga of Nelson ‘Madiba’ Mandela shall always hold a special place in the story of Robben Island. The once renegade activist, National President and father of modern South Africa spent 18 of his 27 years in jail on Robben Island along with numerous other high profile ANC leaders such as Kgalema Motlanthe, who also served as President of South Africa, Oliver Tambo and current President, Jacob Zuma.

Perfectly located a tantalising distance from Cape Town, the seven kilometres of angry sea acted as the ideal barrier to escape attempts with the only ever escapee doing so in 1660 by stealing a rowboat.

With the passing of the great man at the age of 95 last December and the almost immediate release of the movie adaptation of his autobiography, ‘Mandela: Long Walk to Freedown”, Madiba’s presence on all things South African is at the moment almost supernatural.

Cape Town itself is frequently listed on various ‘Best Of’ lists as one of the world’s most beautiful cities to visit. It certainly has one of the most striking vistas, with the ‘City Bowl’ poised elegantly on the slender plain as a front piece to the imposing Table Mountain backdrop. As if draped in layers of snow-like fairy floss, the kilometre high, flat-topped natural fortress has protected the ‘mother city’ for more than 350 years.

The range of activities in and around Cape Town is enormous. Tours, treks and tastings abound from abseiling and shark cage dives for the adrenalin junkies to urbane food and produce tours to the gorgeous Stellenbosch or Constanzia regions within an easy drive of downtown.

While Cape Town may boast the most desirable city in South Africa, it is by no means the only one worth visiting. To continue the ‘Madiba Trail’ across to Johannesburg, an exploration of the once forbidden (for white folks) township of Soweto is a perfect bookend to the Robben Island adventure.

Here, in an unassuming red ‘matchbox’ brick dwelling at 8115 Vilakazi Street, Orlando West, is the so-called Mandela House. Pock-marked with bullet holes and scorched from fire bombs, Nelson Mandela lived at this address from 1946 until the time of his arrest in 1962. Upon his release in 1990, he briefly returned here, stating famously in his autobiography “For me No. 8115 was the centre point of my world, the place marked with an X in my mental geography.”

The South Africa you visit today is a far cry from the strife-torn, segregated country of Mandela’s adult years. The bright ‘Rainbow Nation’ which hosts world class sporting events and welcomes around 10 million international guests annually is the glittering and glamorous gateway to Africa.