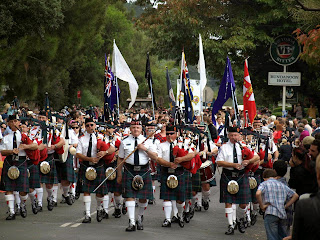 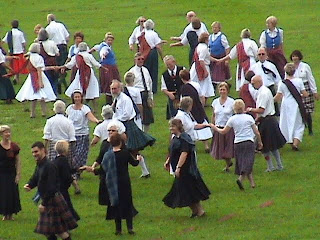 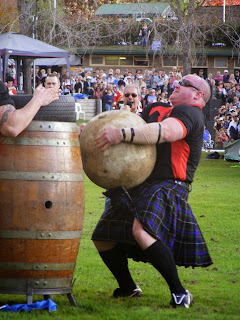 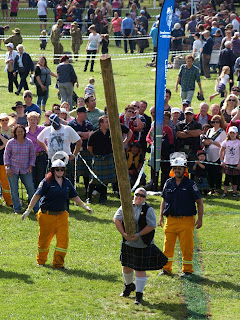 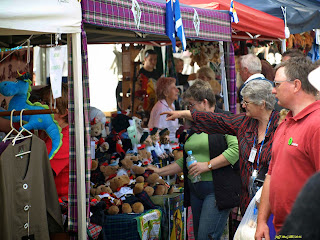 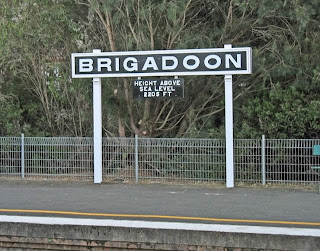 DRIVE into picturesque little Bundanoon about half way between Sydney and Canberra on Saturday April 5, and if not forewarned you could be excused for thinking that as you rounded that last corner, you are being somehow transported into the Highlands of Scotland, rather than the postcard-perfect Southern Highlands of NSW.

Or that again, somehow, some Scottish superpower has mystically taken over the place, time-warping you back to the Dark Ages and a time of the Saxons, the Normans and the rampaging Vikings….

For today the air will be filled with the skirl of bagpipes and the beating of drums, the streets alive with folks dressed in kilts and tartans, and on the town's oval knights in ancient armour and wielding mighty swords will have you reminiscing over days of childhood history books and a time when men fought not only over land, but chivalrously over the love of a lady…

And off-setting all this, your nostrils will be seduced with the wondrous aromas of  steaming hot Scots mutton pies, drop scones, fresh-baked Highland shortbreads and Abernethy biscuits, gingerbreads and butterscotches, blood pudding and haggis.

Because this day, April 5 is when 21st century Bundanoon loses its identify for a day, and like in the Hollywood movie, as the Highlands' mist rises in the morning a transformation miraculously takes places – and Bundanoon is Brigadoon for a magical 24-hours.

Bringing the diverse tastes and experiences of Scotland to this little community of around 2,500 folk who enjoy the peace, tranquillity and lifestyle of the NSW Southern Highlands, Bundanoon is Brigadoon has become so popular that now in its 37th year it's expected to attract around 12,000 visitors, which makes it one of the largest gatherings of all things Scottish outside Scotland.

Even the railways get in on the act, replacing Bundanoon's station signboards with Brigadoon for the day.

And those 12,000 visitors will have plenty to keep them amused, including the Sydney-based Danelaw Medieval Re-enactment Group whose members use real weapons and armour in action-packed displays of how combatants fought in the era from the early Dark Ages through to the Renaissance.

As well, the always-popular Tartan Warriors will be making their 22nd annual appearance at Bundanoon is Brigadoon, the strongmen group competing to see who amongst them will be the fastest to lift the five Stones of Manhood weighing 100kg, 115kg, 125kg, 140kg and a whopping 165kg onto five wine barrels five metres apart.

The lifting of such stones dates back to earliest Scottish times when a boy was welcomed into manhood if he could lift to waist-height a "testing stone" that weighed two imperial stone, or 12.7kg.

And less hernia-inducing, hurling water-filled balloons seemingly-impossible distances for partners to catch without getting a drenching if the balloon bursts in the catch (the record is 49.4 metres,) or more bizarrely tossing fresh eggs across an oval for another to equally deftly catch without suffering gooey consequences  – with the longest-ever for this, an amazing 59.6 metres.

There'll also be Scottish Country and Highland Dancing demonstrations – with visitors invited to join in reels and jigs – and a Street Parade with over 20 pipe bands, colourful floats, and marching Scottish Clans and Societies

And for wee lads and lasses 5yrs and under, a Bonny Bairns Highland Dress Competition, and organised games for older children.

Plus some 100 arts and crafts stalls, Scottish and Tartan specialty stalls, and around 30 Clans and Societies will have information stalls helping visitors about possible Scottish ancestry.

And plenty of food outlets dispensing all those things wonderfully Scottish…

Then finally as the sun sets and the crowds drift off into the gloaming, or stay on for Ceilidh (dancing) in the local hall, and as Auld Lang Syne ultimately rings out, Brigadoon will slip into sleep once more for another year, Bundanoon will revert to its quiet self... and the local railway station will once again become, well, Bundanoon.

Entry $20 adults, $10 children, $18 concessions and $50 for a family of two adults and two children, with a discount if you book online: visit www.brigadoon.net.au.

[] THE hills of the NSW Southern Highlands come alive on April 5 with music of another kind. (Jeff McGill)

[] GETTING into the reel swing of things at Bundanoon is Brigadoon. (Alaistair Saunders)

[] I'LL toss you takes on a different meaning with these scaled down power poles. (Jeff McGill)

[] STALLS a-plenty with all things Scottish in souvenirs and food. (Tourism Southern Highlands)

[] EVEN Bundanoon Station morphs into Brigadoon for a day. (TrainLink)