The avoidable tourist traps costing overseas travellers over $440 a year

Australian travellers are losing an average of $448 a year while holidaying abroad on avoidable money drainers including dining out at pricey tourist hotspots, poor exchange rates, mobile phone roaming charges and overseas medical treatment expenses, according to Mozo.com.au.

Research by the financial comparison site found that the costliest holiday money trap is dining in overpriced cafes and restaurants situated around the main tourist attractions. 1 in 4 Aussie travellers admitted to paying a premium for drinks and meals at tourist hotspots, adding around $380 to their annual holiday bill.


“Overpaying for a meal or putting up with poor exchange rates can seem fairly minor at the time but the reality is these money leaks can add up over the course of a holiday. We found the average overseas traveller has blown over $440 on avoidable spending in the last year – this equates to a staggering $4.4 billion as a nation!” says Lamont.

“Our penchant for dining out at tourist hotspots has cost us close to a billion dollars in the last year. While on holidays, it’s easy to treat yourself to little luxuries like breakfast at a café overlooking the Seine, but a lot of the time you’re paying exorbitant mark-ups simply for location – not quality of food. Often travellers can get more authentic foodie experiences for less by simply asking locals where they eat or consulting blogs for hidden gems.”

The most expensive holiday money wasters 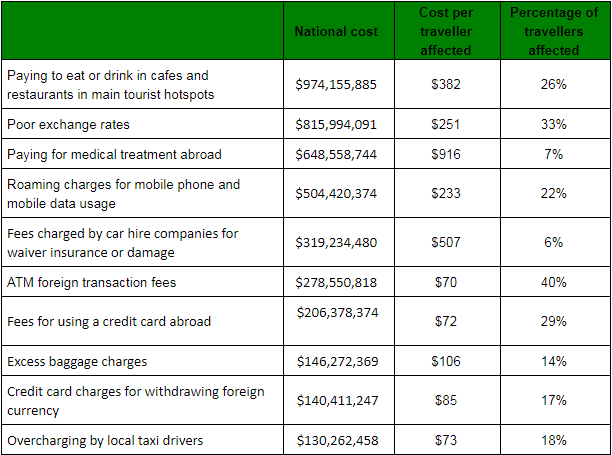 With the Australian dollar floundering in some parts of the world, poor exchange rates came in as the second most expensive holiday money leak, with those affected losing an average of $250 in the last year.

Despite medical treatment expenses affecting just 7% of travellers in the past year, it was found to be the third most expensive travel money leak, with those hit with medical bills paying a whopping $916 on average.

However, Mozo’s research found that many Australians are on the front foot when it comes to plugging this money leak with more than half of international travellers researching travel insurance before their holiday.

“When it comes to cutting down on travel costs, researching your destination and investing in crucial travel insurance is going to save you money in the long run. While no one likes to think about accidents and injuries abroad, medical bills have the potential to run into the hundreds of thousands of dollars in countries like the United States,” says Lamont. 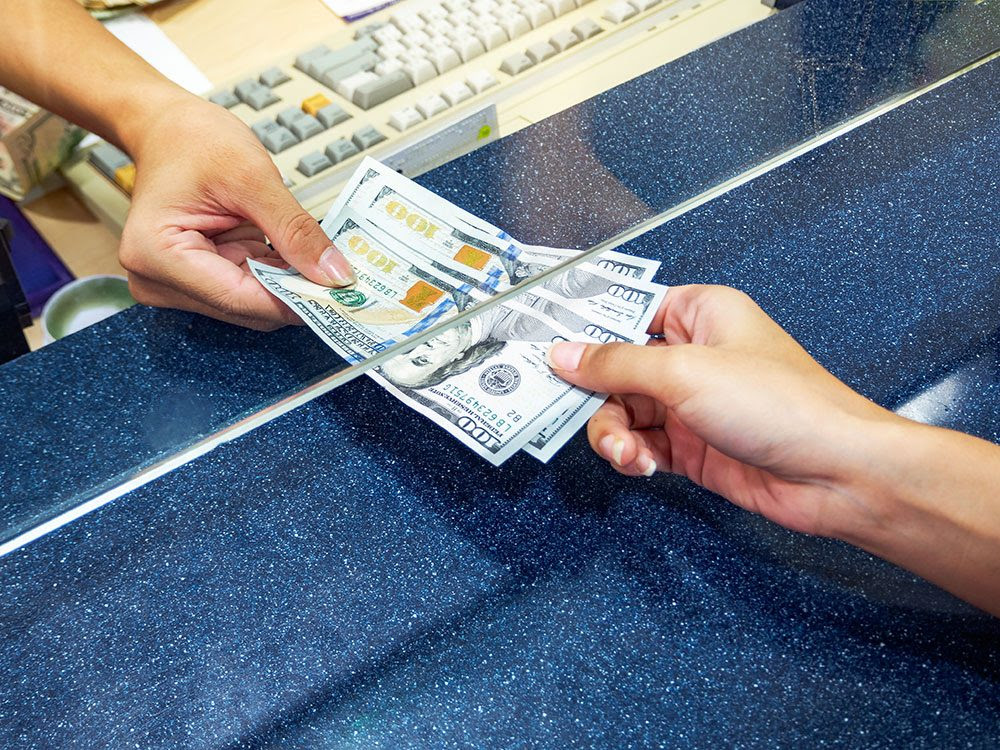 Overseas ATM charges were found to be the most common holiday money leak with 40% of overseas jetsetters being slugged with a pricey overseas ATM fee in the past year. One third of international holidaymakers say they lost money from poor exchange rates, while fees for using a credit card abroad rounded out the top three most common holiday money wasters, affecting just over a quarter of travellers.

“Mozo’s research found a large chunk of Australian travellers are losing money on completely avoidable travel charges. In fact, travellers can avoid two of the three most common money wasters simply by doing their research beforehand and taking out a travel friendly card that doesn’t charge fees for ATM use or transaction fees on overseas purchases.”

“Travellers might spend hours combing sites for the best deals on hotels or which airline has the most generous luggage allowance and at the same time lose money every time they whip out their card to make a purchase.”

“Just 6% of travellers admit to planning their trip at the last minute and leaving a lot of the elements of their trip to chance which can come at significant financial loss. Our advice to travellers this peak season is to do your due diligence and research all aspects of the trip from what the best travel money option is for you to where the cheap eats are.”

Eight meaningful travel resolutions for 2018 - or any year

A new year means new opportunities for personal betterment, so as January 1 fast approaches, many people are creating their New Year’s resolutions. In that spirit, global luxury travel network Virtuoso® offers eight ways travel can lead to a more meaningful life in 2018.

Travel more. Travellers report that the very act of visiting somewhere new makes them happier, healthier, more creative, more relaxed and more successful at work. But many people leave some of their hard-earned vacation time on the table. To escape the office, pick a slow time of year and book in advance to commit. If time and money are issues, even weekend getaways will scratch the wanderlust itch. 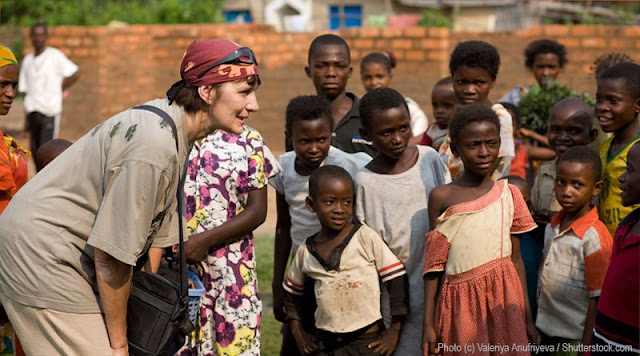 Volunteer. Voluntourism is rising in popularity as people welcome the chance to do good, learn and travel at the same time. In a year plagued by natural disasters, opportunities exist to help popular travel destinations. Grace Bay Club in the Turks and Caicos Islands can arrange for guests to help with local recovery efforts in the aftermath of hurricanes Irma and Maria.

Learn a new skill. Master Italian cooking in Tuscany (2018 Virtuoso Luxe Report cites food and wine travel as a top trend). Whether dusting off high-school French in Paris or honing photography talents while capturing memories of the trip, travel comes with a built-in education and the ability to learn at every turn.

Be kind to the environment. Discover how to make a difference as a sustainable traveler and put your knowledge into practice. El Silencio Lodge & Spa, an eco-luxury hotel in Costa Rica, offers 500 private acres of carbon-offsetting cloud forest, hidden waterfalls, and organic cuisine. Each suite sits on above-ground pillars to respect the forest’s natural topography and features bamboo ceiling tiles, energy-efficient lighting, and an energy-saving electric heater.

Conquer a fear. The beauty of travel is that it can push travellers beyond their comfort zones. From the more adventurous, such as swimming with sharks in Mexico or skydiving in New Zealand, to something less extreme like traveling solo or voyaging to an off-the-beaten path destination, the options are endless for broadening horizons.

Deepen a friendship. Travel brings people together and strengthens relationships through shared experiences. Consider those beyond immediate family – a college roommate or favourite cousin makes the perfect travel companion. Spending quality time together deepens existing bonds and creates a lifetime of memories.

Get in travel shape. Combine travel with the ever-popular improved fitness resolution. If your style is yoga, meditation and massages in a Zen-like setting, visit a wellness resort for relaxation and rejuvenation. If you prefer a high level of activity, plan an adventure to help you shape up or burn calories. That could be anything from skiing in Switzerland to kayaking in Canada.

Become a global citizen. The United Nations World Tourism Organisation reports that more than one billion tourists cross international borders each year. Travel fosters greater appreciation of other countries and cultures, and makes one realise they are part of a larger global community.

Virtuoso is offering you additional help to stick to your 2018 travel resolutions. One of its expert travel advisors can partner with you to create unforgettable experiences that bring one or more of your pledges to life. If you don’t have a Virtuoso travel advisor, resolve to find one in 2018 by visiting www.virtuoso.com.
Posted by rodeime