Renon Plateau – the Belle Epoque in the heart of the Dolomites 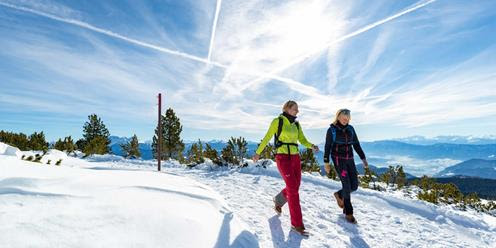 “We are divinely content here in the Renon, where, I’m pleased to say, I have discovered the sweet art of doing nothing”.

When Sigmund Freud and his missus holidayed in the lovely hill station of Collalbo in the foothills of the Dolomites in 1911, it was still part of the Austro-Hungarian Empire.  Sigmund took a cog-wheel train from the main square of Bolzano, the bustling regional capital, that climbed nearly one thousand metres before levelling out to roll across the undulating pastures of the Renon plateau.  These days a spectacular cable car does the climb from Bolzano to Soprabolzano, the first of the Renon towns, in a fraction of the time, but the historic train still runs from here to the towns of the district. 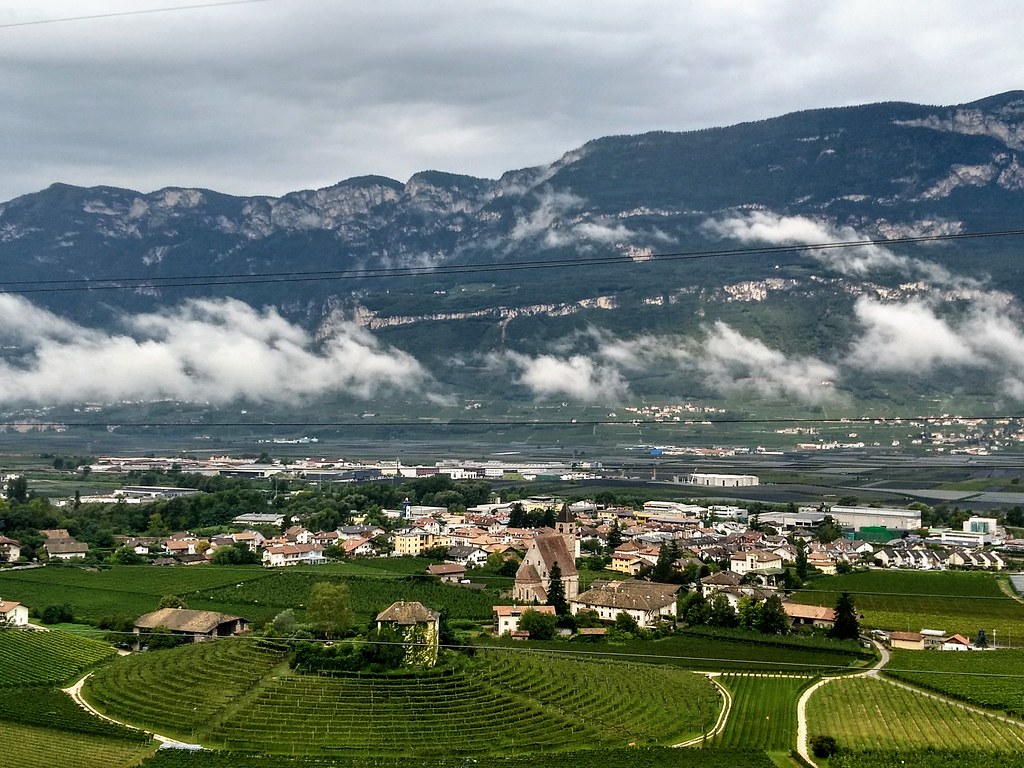 It is over one hundred years since the area passed under Italian control (booty from the First World War) but it has lost none of its Imperial charm: German is still the first language; dirndls and lederhosen are not uncommon; canederli, speck, and goulash can be enjoyed around the warmth of a ‘stube’; timber farmhouses trimmed with geraniums cluster around onion-domed churches surrounded by rolling snow-covered fields, all framed by the towering peaks of the Odle Dolomites, the most beautiful mountains in the world.

The Renon has long been a holiday destination for the good burghers of Bolzano and their families: escaping the heat in the summer and embracing the ‘winterfrische’ of the colder months.  Picturesque towns buzz with lively pubs, craft markets and horse-drawn carriages.  The Belle Epoque villas of local aristocracy, tucked away in the forests, have been converted into beguiling small hotels.  There is always plenty of snow, with the main ski fields spreading between the two highest peaks, Cima Lago Nero (2,069 mts asl) and Il Corno del Renon (2,260 mts asl).  While there are some good downhill runs, the area is given over to less challenging pursuits: cross-country skiing, sledding, snowshoeing and just plain walking on groomed snow trails, including a beautiful 6 kilometre winding through forests from Collabro to Soprabolzano along the Freud Promenade.

By car:  Bolzano can be reaching via the A22 autostrada, heading north towards Austria from Verona.  Take the Bolzano Nord exit and head towards the city centre on State highway 12.  After 2 kms, take Via Rencio and then Via Giustina and follow this beautiful road as it climbs up to Collabro.

In train:  Bolzano is serviced by regional trains, Eurocity trains and the super-fast Frecciarossa, all with changes at Verona.  By air:  The closest airport is Verona Catullo, 150 kms south.

Hotel Belemsmans-Post (Via del Paese 8, Collabro).  A traditional, 4-star, Tyrolean hotel with 55 rooms and suites, each decorated differently from the other, which, hosted Sigmund Freud and his family in September 1911.  It is possible to book the room he stayed, including a terrace where he and Matilde celebrated their 25th anniversary.  From 123 euro per person, half-board.

Adler Lodge Ritten (Stella 20, Soprabolzano).  This exclusive, 5-star ‘eco-refuge’ surrounded by woods has a large spa that seems to be immersed in a forest.  It has 20 suites and 20 chalets, each with a sauna and fireplace.  A dream destination where you can enjoy a unique nature experience.  Double with half-board from 276 euro per person per night.

Hotel Geyerhoff (Via Geirer 13, Soprabolzano).  This excellent 3-star hotel has wonderful views of the Dolomites and its own ski-run.  It is run on sustainable principles and it’s restaurant uses organically grown, local produce.  Double with half-board from 84 euro per person.

Agriturismo Weidacherhof (Via Veihwieder 1, Collalbo).  This agriturismo is run by the Rottensteiner family and has a number of apartments and rooms set within a farm that runs cattle and sheep, has vegetable gardens and fruit trees.  The meals are based on their own produce.  It has a wellness area.  Doubles with breakfast from 109 euro.

Patscheider Hof (Signato 178).  An historic farmhouse with views over the Catinaccio range, the Hof has one of the most celebrated kitchens in the area.  Their specialities include canederli (dumplings) of various types, including with mountain herbs, cheeses and speck.  Around 40 euro per person.

Unterhorn (Corno del Renon).  On the snow fields a 15 minute walk from Pemmern cable car, the ‘Corno del Renon’ restaurant has a large terrace with views of the Odle range and a warm ‘stube’ where you can enjoy classic mountain cooking.

Kaserhof (Via Geirer 26, Soprabolzano).  The Mayr family have constructed their agriturismo around an historic ‘maso’ (farmhouse) that dates from 1863.  They offer traditional cooking using local ingredients.

Get there early, check-in and enjoy an aperol spritz watching the dun set over some of the most spectacular mountain in the world.  Get and early night because you will have a big day tomorrow.

Unlike other more dramatic parts of the Dolomites, Renon has generally gently declining slopes, given over to the more traditional types of snow activities.  Skis, sleds and snowshoes can be hired from the Ski Centre Corno Reno (Via Tann 21, Collabo).  Guided  snowshoe adventures can be organised through Josefl Innerenber – bookings, and help with accommodation etc, can be organised through the Renon Tourist Association.

There are a variety of options.  The most celebrated is the Freud Promenade, a beautiful 1.5 stroll downhill from Collabro to Soprabolzano that takes you through villages, farmland and stretches of forest.  It was originally laid out in 2006 by Francesco Marchioro, a historian of psychoanalysis.  It includes 13 benches each with (discrete) panels with Freudian aphorisms, inviting reflection and meditation.

The first ‘Certified Winter Walking Trail’ in the Dolomites starts from the Lago Nero cable car station and climbs up to Corno del Renon.  It is an easy walk and the round trip takes around 2.5 hours.  The Panoramic Trail also starts at Lago Nero, a one hour loop that has spectacular views over the peaks of the Adamello and Ortles ranges.

There are two cross-country routes:  La Schon, a 5 km trail that leaves from the Pemmern cable car station and the Corno del Renno to Alpeggi de Villandro, a 10 km trail that starts from Lago Nero.

The skiing facilities start from Pemmern (1,538 mts asl).  From here you take a cableway to the intermediate station at Cima Lago Nero (2,069 mts asl).  There are two ski lifts here, one that takes you 2010 mt asl and the other that takes you to, Corno del Renon, the highest peak of the Renon plateau (2,260 mts asl), where you will find the Corno del Renon ‘rifugio (mountain lodge).  There are ten different runs, covering 13 kms.  They opened on 14 December and will close on 22 March.

The simplest way to explore Renon is on the historical train that runs between Collalbo and Soprabolzano, connecting the villages and towns of the plateau.

Collabo is the largest of the towns.  Apart from its pleasant pedestrian streets and shops, the church of San Antonio has some interesting 17th-century paintings.  On Colle Piper, a nearby hill, are the remains of a pre-Roman settlement and the ruins of the medieval Stein am Ritten, the ‘stone castle’.  Collalbo also has the Ice Rink, open to the public, which also hosts international events.

Soprabolzano is at the other end of the line.  An attractive residential area with a collection of hotels and villas set in parklands.  The main attraction is Villa Toggenburg, an 18th-century museum that preserves the way of life of the Belle Epoque, including the frescoed hunting room and a number chambers decorated by Viennese ‘Secessionist’ decorators Martin Knoller and Carl Henrici.


Bolzano sits in the valley below Renon, a spectacular 15-minute cable car ride down into the valley from Soprabolzano.  Located in a predominantly sunny, sheltered bowl, for centuries Bolzano has been a market town and waystation.  It's period of splendour began in the Middle Ages when it became a thriving trade centre vacillating under the rule of the Counts of Tyrol and the princely Bishops of Trento and Bressanone.

It thrived during the 17th and 18th centuries, becoming one of the most important commercial centres in Europe, a meeting place between the Germanic and Mediterranean worlds.  It retains much of the charm of this era and is a great place just to poke around, explore and enjoy a meal.

The centre of Bolzano is Piazza Walther, a large, gardened square ringed by cafes and restaurants.  It is a short walk through lanes to Via dei Portici, the narrow pedestrian street that bisects the medieval heart of the town.  The Via is lined with buzzy arcades filled with shops and cafes.  At one end is the Rathaus, the town hall, and that other is the Piazza delle Erbe, that has hosted produce markets since the Middle Ages.

There are several sights to see, including the cathedral, the Gothic Domenican church (which dates from the 13th century) and the Museum of Contemporary Art but the real, and unmissable star, is the Archaeological Museum, dedicated to Otzi, the celebrated ‘Iceman’, a 40-year-old man who died over five thousand years ago and was swallowed a glacier.  In 1991, his snap-frozen body emerged.  It was virtually intact and the man (nicknamed Otzi) has revealed an enormous amount of information to scientist and historians.  This excellent and accessible museum provides a fascinating insight into the man and his world.