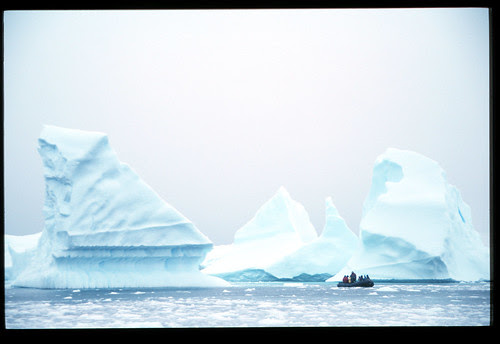 The Antarctic continues to amaze, enthral and captivate travellers. One of the last true wilderness areas left on earth, Antarctica is a continent overflowing with superlatives. A world within the world, these inhospitable shores play host to the greatest concentration of wildlife known to man and despite centuries of exploration, and some exploitation, it remains largely unchanged since the first men sighted its windswept shores.

are proud to have played a small part in the opening up of this huge landmass to regular travellers. For thirty years, we have brought visitors from all around the world to marvel at Antarctica’s extremes and sheer beauty. Many of the people who travelled with us in our early days continue to venture south with us today.

We believe our ability to keep adventurers coming back again and again is our commitment to continually come up with new and exciting itineraries. Ultimate Antarctica is such an adventure.

Imagine the exhilaration when our adventurers created a world record in January 2001 as our Kapitan Khlebnikov reached further south than any ship in history – 78 deg 37 min! Although not every voyage breaks records, your own personal experience will be one that lasts forever.

Her first thirty days will one of the most amazing journeys any expeditioner could possibly undertake. Even for many of our highly experienced crew, this will be a once-in-a-lifetime event. Why? Because on November 24 you’ll bear witness to a total eclipse of the sun and quite likely be the first people ever to do so in this extremely remote part of Antarctica – the West Ice Shelf.

The Far Side on Antarctica from the scenic South African coastal city of Port Elizabeth and immediately plunges deep into the rich waters of the Southern Ocean to be escorted by a variety of exotic seabirds including albatrosses, Petrels and Shearwaters. All the way your knowledge of these majestic birds will be enriched by illustrated lectures from our expert expedition staff.

First landfall is made on November 9 at the Crozet Islands. Previously a staging point for sealers and whalers, and now home to a French research station dramatically situated amongst the island’s mountains, headlands, coastal cliffs and sandy beaches. This remote land is also home to numerous species of albatross and thousands of enchanting King Penguins. Moulting southern elephant seals add their own special sounds and smells to this abundant mix of sub-antarctic wildlife.

The voyage continues deeper south to the French administered Kerguelen Island where another landing will investigate the ever-increasing wildlife populations. More than thirty species of nesting birds can be seen, including Rockhopper, Gentoo and King Penguins. The exact landing point will be determined by prevailing conditions and a visit to the biological station, Port aux Francais is anticipated.

Still further south, the Kapitan Khlebnikov will skirt the loftiest and most southern of the Indian Ocean Islands, Heard Island. Inscribed by UNESCO as World Heritage in 1997 for its ecological and biological significance, it is often described as the wildest place on earth thanks to its smoking volcano (Big Ben) and enormous glaciers.

Soon after the last glimpse of Heard Island has disappeared below the horizon, the temperature begins to dip markedly as we are subject to the frozen breezes emanating from Antarctica itself. Whales and icebergs become part of the seascape, heralding our ultimate destination.

Now two weeks out of Port Elizabeth, we begin to see our mighty icebreaker at work, lunging at and subduing huge ice floes. The first helicopter flights will take place about this time, affording breathtaking views of the vessel in its element.

Our first contact with the great continent approaches as we make for the Chinese station of Zhongshan near the Larsemann Hills, where a visit is planned.

Immediately following our first continental landfall we proceed to the frozen cove of Amanda Bay, a fairytale setting of granite islands, glaciers and icebergs. Again we will join the very select few who have visited an Emperor Penguin colony, unique in the fact that they are the only birds to breed on the frozen sea. The largest of the penguin family, you’ll see their solitary grey chicks still huddling at the parent’s feet extracting whatever warmth they can. Again, an experience only a very few people will ever be able to recount.

The following day we visit the famous Australian base of Mawson where, time permitting, we’ll have a conducted tour of the base and a chance to see some of the huge Adélie penguin population and attendant leopard and Weddell seals.

Next, in company of Minke Whales and Orcas, we skirt the massive West Ice Shelf in search of the rare Ross seal, all the while in anticipation of our impending total solar eclipse.

We plan to observe the celestial event off the Queen Mary Coast, smack in the middle of the eclipse’s path. As a further enhancement to this unique occurrence, the ship’s position so far south and so near to the southern summer solstice, it will give the impression of an eclipse of the night-time sun!

The final leg visits Australia’s Casey Station amidst an ongoing abundance of vast tabular icebergs past the spectacular Petersen Bank. A floating ice BBQ is planned before the ship finally makes its way back to Hobart for the culmination of this eternally memorable adventure.

Daryl versus Goliath.-How A Battler Saves His Castle.

Describe how the positive actions and words of Daryl Kerrigan support his friends and keep his family together and how his positive belief in the importance of a family home conquer unbeatable odds.

Darryl Kerrigan, a simple bloke with strong principles, becomes the hero of the story by defeating the ruthless Barlow Group when they attempt to acquire his home of fifteen years for a major airport upgrade.

The Kerrigan family are not particularly smart, but Darryl is proud of them all for their small talents and achievements – even Wayne, currently serving a prison sentence for robbery. The younger sons, Dale and Steve, are also small achievers, but receive much praise from their doting father. The only daughter, Tracey, is the academic achiever in Darryl’s eyes thanks to her TAFE diploma in hairdressing.

When the nasty Barlow Group attempt to “compensate” Darryl for his property his family and neighbours are ready to take the small amount of money and move. But Darryl won’t. His house is his “castle” and is the home of his family, something he is very attached to. Even when Barlow offers him more money, he tells them to “shove it”.

His neighbours are single people with no family and listen to Darryl when he explains his plan. They look up to him as their leader and Darryl has convinced them that their cause is just and that they can win even though his plan has no legal way. Darryl believes that a man’s house is his home and his “castle” and that he must defend that any way he can. He won’t allow the big company to push them all out just because they think they can.

The case goes to court but Darryl loses, and then appeals to the high court. He won’t give in even though his useless lawyer friend tells him he’s lost. Then he meets a QC who sees a way for Darryl to win and offers to help Darryl. Together they defeat the Barlow Group. The QC wanted to help Darryl because he heard Darryl explain how important his home and family were to him. The QC is an expert and can see that the legal system is not being fair.

Darryl becomes a hero when he wins and receives attention from the news because of his victory. His family go on to great business success probably because they have learned from the experience and realise they can do anything as long as they believe strongly enough.

There is a lesson for everybody who sees “The Castle”. We can learn that, like Darryl, if we believe in ourselves and whatever talents we have we can go on to be successful in our own eyes. Also that happiness and that of our family is most important and that kindness to neighbours and friends is important.
Posted by rodeime

Madagascar is counting on a lemur-led economic recovery.
See:
Travel in Madagscar
Posted by rodeime

Korea: A Treasure Trove of Natural and Cultural Beauty

South Korea: A Treasure Trove of Natural and Cultural Beauty

When stacked up against regional tourism powerhouses like Japan and China, Korea is often not considered a contender. Yet on closer inspection, any visitor will discover a rich, historic culture quite distinct from its neighbours. 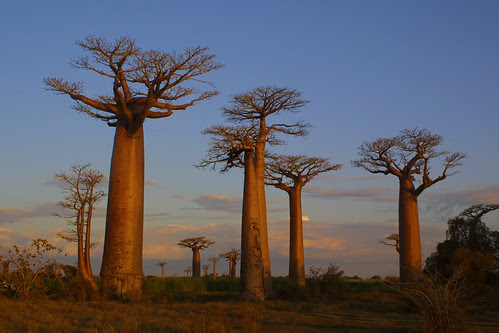