Named by Lonely Planet as one of the 'Hot Destinations for 2016', Botswana's star is definitely on the rise. So what makes it so special? Well for start, it's hard to go past beautiful landscapes and the quality and abundance of wildlife. Then there's its rare combination of desert and delta. The Kalahari Desert makes up more than 80% of this landlocked country, and the vast sponge into which the swollen Okavango River disappears each year creates the largest inland delta in the world – the Okavango Delta.

Gazetted as UNESCO's thousandth World Heritage Site in 2014, the Okavango Delta, with its vast and diverse wildlife species, is one of Africa's premier safari destinations, providing a truly unique wilderness experience. Forming part of the Kalahari Basin, situated at the southern periphery of the Great Rift Valley, it covers a staggering 22,000 square kilometres. And while the periphery is semi-arid, the Delta itself is a patchwork of cool clear streams, lagoons, floodplains and forested islands. The result is one of the world's most diverse wildlife habitats, home to over 200,000 large mammals, 400 bird species and 70 species of fish, most spectacularly on display in the dry winter season as vast numbers of wildlife flock to where the floodwaters infiltrate the surrounding plains.

At the heart of the Okavango Delta lies the world-renowned Moremi Game Reserve, providing a peaceful haven where animals have been protected for decades. Known as the 'predator capital of Africa', the Moremi is famed for its big cat and bird populations, and also for large herds of elephant and buffalo, giraffe and other plains game – and occasionally Africa's rare wild dogs, that roam the savannah.

But no visit to the Okavango Delta is complete without a mokoro ride. One of the most iconic symbols of the Delta, the mokoro was originally the only form of transport for fishing or transporting people and goods around its channels. Still used by the 'river bushmen' or BaYei people, these canoe-like vessels offer up a unique way to explore the Delta's waterways.

For much of each year the Okavango Delta is a labyrinth of lagoons and streams where hippos fight for bathing rights and crocodiles wait for unwary antelope to linger too long over a drink. Poling through the byways created by the floodwaters is an unforgettable, serene experience that allows passengers to get breathtakingly close to big game and to see the world from a totally different angle. It's a chance to sit back and relax as you glide through lily ponds, seeing eye-to-eye with a buffalo as it laps water from the river, watching crocodiles sunbathe on the banks or cruising past a pod of hippos as they lie in a pool. 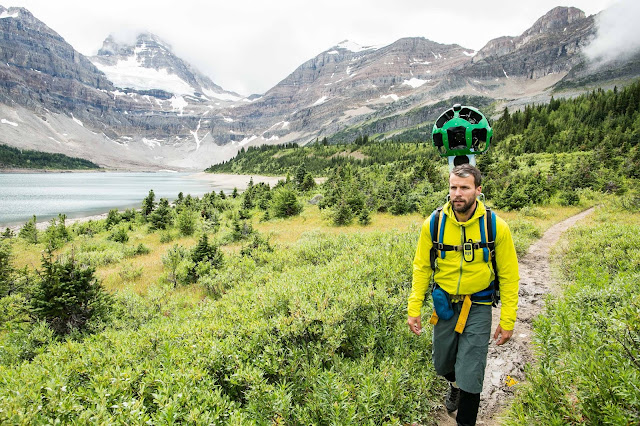 British Columbia Canada is getting put on the map, literally. Through a partnership with Google, stunning imagery from British Columbia’s wild places has been added to Google Maps, complemented with interviews with BC locals, imagery, drone footage, immersive 360° video, and featured businesses on the new BC Journeys platform www.bcexplorer.com/journeys.

Using Google Street View, people from around the globe can now virtually hike in some of the province’s vast wilderness and be inspired by the powerful nature they see around them.

British Columbia joins a select group of bucket-list Google Street View Trekker destinations such as the Pyramids of Giza, the Grand Canyon and the Galapagos Islands.

There are currently 176 new British Columbia Google Street View Treks now featured on Google Maps, with 14 more to be uploaded by Google. Here is a sample of the Treks:

Find treks in British Columbia by reviewing the BC Explorer platform http://www.bcexplorer.com/journeys or through Google Maps, by searching for BC’s Google Street View Treks.

Marsha Walden, CEO, Destination BC
“There are over one billion monthly users of Google Maps. Through these Treks and our new interactive platform, BC Journeys, we can give people a window into our wilderness like never before – creating a connection before people even leave their homes. Combining this powerful, immersive video footage with compelling, authentic stories creates an augmented reality experience that is a pretty potent recipe for driving visitation.”

Nicole Bell, Google Street View Trekker Expert
“We’re incredibly proud to partner with Destination British Columbia in this Trekker project. We’ve worked together for years to bring the world to British Columbia and bring British Columbia to the world. These new Street View images, especially some of the more remote locations in BC, are an important part of Google’s goal to create the world’s most comprehensive, accurate and usable map. More than one billion people around the world use Google Maps every month, and we are thrilled to share some of British Columbia's iconic landscapes.”

Here’s how you can see BC’s Street View Treks: 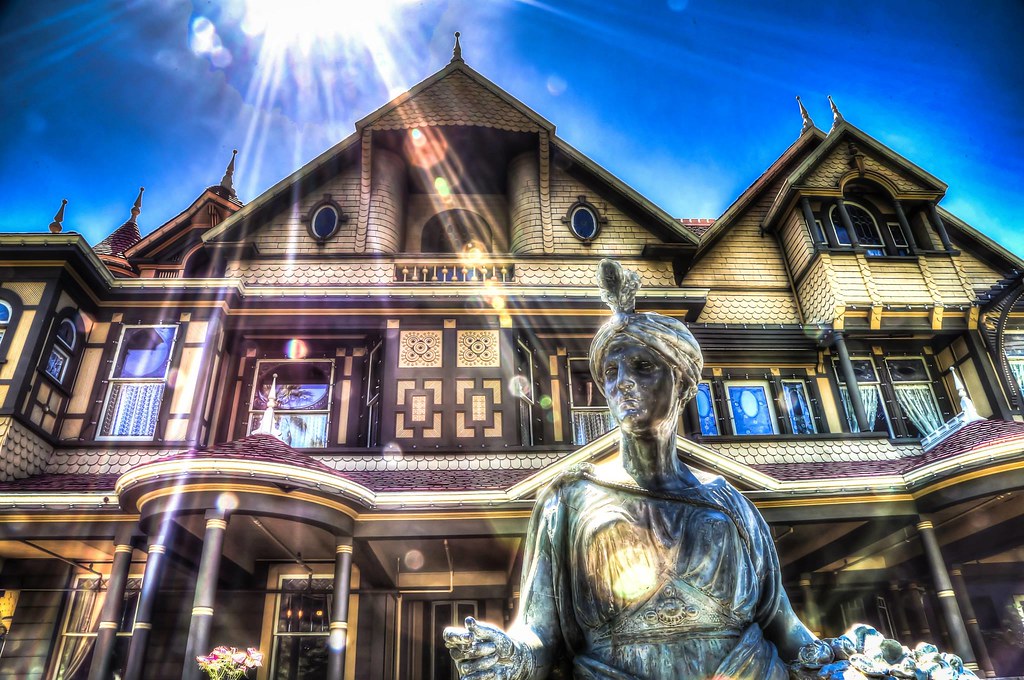 Located in the beautiful Santa Clara Valley in San Jose on Winchester Blvd. and I-280 near the intersection of I-880, this beautiful but bizarre 160-room Victorian mansion was built by Sarah L. Winchester, widow of the famed Winchester rifle manufacturer’s son. Crushed by the untimely deaths of her husband and infant daughter, Mrs. Winchester designed and supervised the construction of this strange $5,500,000 mansion by keeping carpenters busy 24 hours a day for 38 continuous years until her death in 1922, all in the hope of perpetuating her life and consoling (or confusing) the spirits of those killed by the Winchester rifle. Rambling over 4.5 acres with 40 bedrooms, 40 staircases, 13 bathrooms, 47 fireplaces, 2,000 doors, & 10,000 windows, the house is so complex that even Mrs. Winchester and her servants required maps to find their way around. 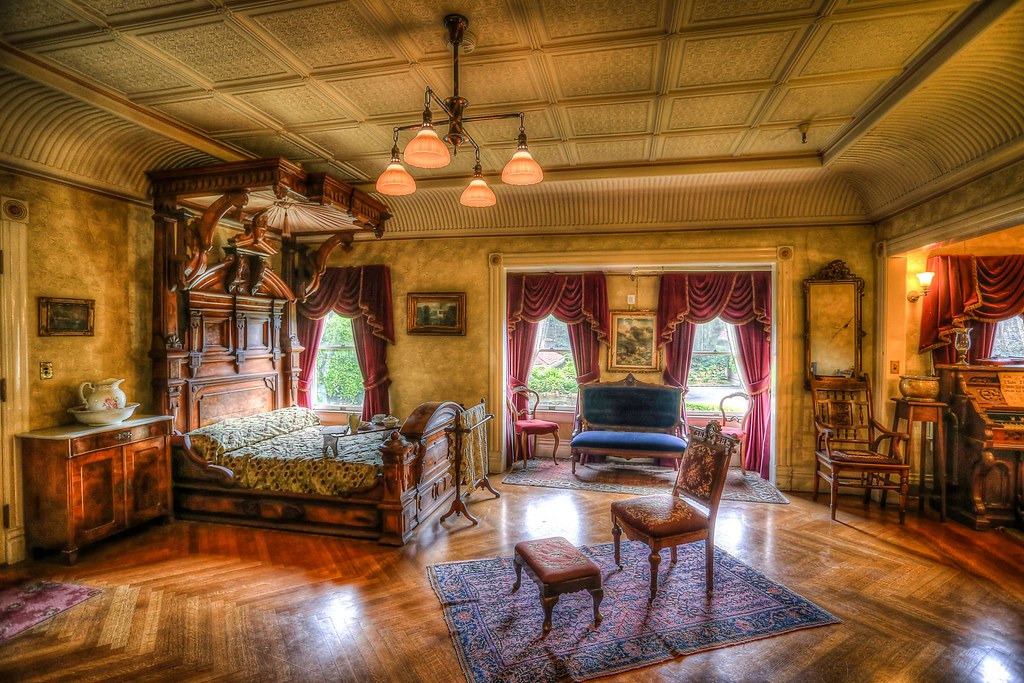 Brent Miller, caretaker of the Winchester Mystery House from 1973 to 1981, entered one particular room, and “in the unearthly silence of such a vast, empty place, heard someone breathing. There was no one there.”

On another occasion, Brent heard footsteps and followed the sounds to the room in which Mrs. Winchester died. Again, no one was there.

One night shortly after being hired as caretaker, Brent was awakened by the sounds of someone unscrewing a screw and it hitting the floor and bouncing up onto the carpet runner. When he went to check, he found nothing there.

A friend of Brent’s, Gary Parks, was invited over one New Year’s Eve and was taking pictures with a new camera he had received for Christmas. After developing the film, he found one picture with strange moving lights “and a ghostly figure of what appears to be a man in coveralls in the middle of the room.” The strange images occur only in one negative while the rest of the roll is normal.

A visit to the Winchester Mystery House™ is not complete until you have strolled through the beautiful Victorian gardens that surround it. Great care has been taken to restore the grounds to that time when Sarah Winchester had a full-time staff of eight gardeners, and imported trees, shrubs, and flowers from all parts of the world. Nearly 14,000 miniature boxwood hedges, large flowering Carolina cherry laurels, plants, and flowers have been replanted to provide beautiful color year-round. Numerous handcrafted lead statues and elaborate fountains have been restored.

You will see the original mythological statues including Mother Nature, Cupid, a cherub, hippocampus, American Indian, deer, egret, frogs, and swans. You can help make a wish come true for those in need by tossing a coin in one of the five fountains on the estate; 100% of the proceeds are donated to a local charity each year.

Wheelchaired guests are invited to tour the Gardens and Historic Firearms Museum as our guests at no charge (unfortunately the Mansion and the Behind- the- Scenes Tours are NOT accessible to wheel chairs or infant strollers).

The “Gun that Won the West” is the main attraction in the Firearms Museum, one of the largest Winchester Rifle collections on the West Coast. See the collection of guns that preceded the famous Winchester Rifle, including B. Tyler Henry’s 1860 repeating rifle that Oliver Winchester adapted and improved upon to produce his first repeating rifle, the Winchester Model 1866. Learn about the Model 1873 which came to be called the “Gun that Won the West.” See a collection of the Limited Edition Winchester Commemorative Rifles including the Centennial ’66, the Theodore Roosevelt, and the renowned John Wayne.

The home became Registered California Historical Landmark #868 and was placed on the National Register of Historic Places in 1974. Tours of the mansion interior are given daily from 9am (closed only Christmas Day). Last tour departure varies with the seasons. Included in the admission are the self-guided Garden Tour, Historic Firearms Museum, and the Specialty Gifts and Products Museum.