Every map tells a story; it reflects the individual mapmaker's particular perception of the world. Maps are a graphic representation of how we understand the condition of the human world based on concepts and events. They show the location of items and places and the spatial relationship between them. Specific cultural symbols and lines are often used to illustrate geographical features. 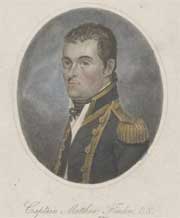 European mapping is based on Western concepts as they relate to geographical space. From the early 1500s to the 1800s, maps represented religious and political views of the communities that the map makers were serving as well as the scientific knowledge at the time. Artistic beauty was combined with geographical information because of the intention to sell the map or please a patron or employer.

South Australia: In the beginning

The instructions issued by the Commissioners concerning the selection of a site for the capital of the new province were as follows:

When you have determined the site of the first town, you will proceed to lay it out in accordance with the regulations. You will make the streets of ample width, and arrange them with reference to the convenience of the inhabitants, and the beauty and salubrity of the town; and you will make the necessary reserves for squares, public walks and quays.

The following letter dated 13 July 1836 (the original of which is in the possession of the Adelaide City Council) from Lieutenant-General Sir Herbert Taylor, Private Secretary to King William IV, to Governor Hindmarsh, communicated the command of the Monarch that the capital of South Australia should be named after his consort, Queen Adelaide.