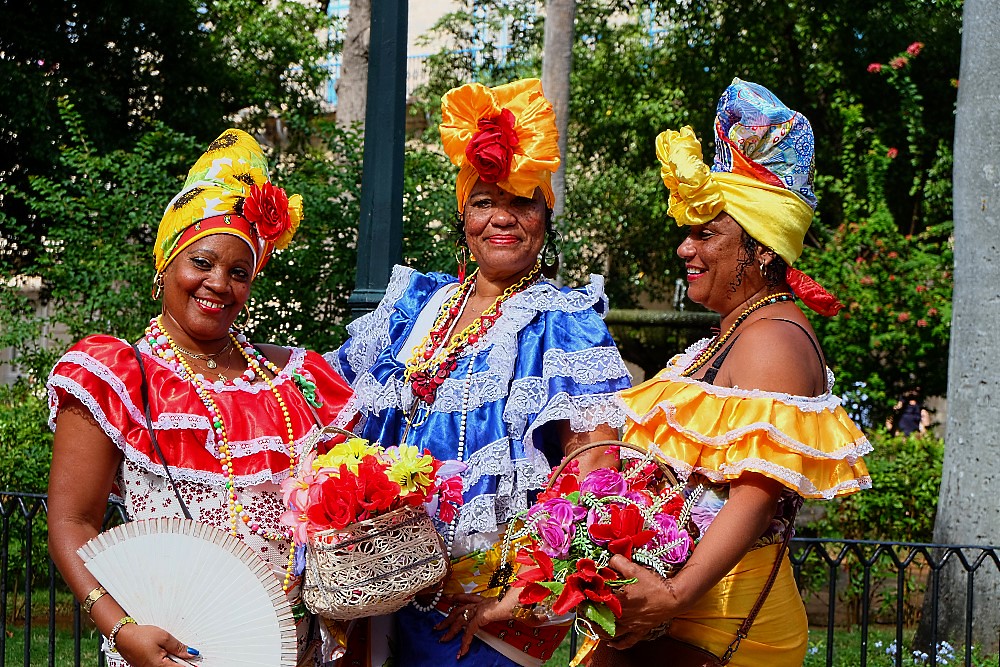 There is a shroud of mystery hanging over Cuba - the largest island of the Antilles - of pirates, heroes, revolutionaries, poets and above all, characters - José Martí, Ché Guevara, Ernest Hemingway, Ricky Ricardo, to name just a few. Cuba is a land where the people are warm, the sun is shining and the sand is white. The perpetually turquoise Caribbean waters invite you to take a dip and the music just never stops! To visit Cuba is also to step back in time; back to the 1950s with its glamour, leisurely pace and classic Chevrolet cars.

Cuba is 'music and dance' - salsa, son and bolero, where African beats merge with Spanish guitars and brass. Most have heard of the 'Buena Vista Social Club' , 'The Afro Cuban All Stars', Gloria Estefan, Perez Prado, among many of the Cuban musicians who have found international fame. In Cuba, music is life, and musicians can be found in every café and restaurant to entertain you while you soak up the atmosphere and sample the local cocktails and maybe dance the 'salsa' or the 'cha cha cha'. Another wonderful experience is to see the Cuban National Ballet in the beautiful old 'Gran Teatro'.

Cuba is 'rum'. Light and dark. Follow in Hemingway's footsteps to the 'Bodeguita del Medio for a 'mojito', a wonderfully refreshing long drink with white rum, mint, sugar, soda and lots of ice. Just the thing for a tropical paradise. Floridita Bar, another of Hemingway's haunts, is renowned as the birthplace of the daiquiri.

Cuba is 'cigars'. Any afficionado can tell you that nothing beats a Cuban 'Cohiba' or 'Montecristo' or 'Robaina'.

Cuba is architecture. From elegant, colonial buildings to fortresses to tropical shanties. It is all colourful and impressive and takes you back to a world of romance and adventure.

Cuba is history. From its discovery by Columbus in 1492, to its struggles for independence around the turn of the 20th century, to the Cuban Revolution led by Fidel Castro in the 50's, with the aid of Ernesto 'Ché' Guevara and many others. It is amazing to learn of the trials that this tropical paradise has been through. Castro has been Cuba's leader since the 1st of January 1959, over 44 years.

This tour is an unique opportunity to see Cuba with  - exploring the treasures of the largest island in the Antilles. Find out for yourself what it is like to walk in the footsteps of an explorer, a revolutionary, a world famous writer or a soulful musician. Come and enjoy the April sun in Cuba!

We start with the soul of Cuba, Havana. Founded in 1519, it was the meeting place for the Spanish fleets transporting their new found wealth back to Spain. We spend time exploring Havana, Vedado and other areas, wonderful museums and colonial buildings. Visit the Hemingway Museum, stroll along the Malécon and take in a show at the Tropicana, 'A paradise under the stars'. Then, we venture into tobacco country at Piñar del Rio.

We fly over to the west coast to Santiago de Cuba, regarded as 'The cradle of the Revolution' for the considerable role it played in the overthrow of Batista. The first mayor of Santiago was the Mexican Aztec's conqueror, Hernan Cortés. The city is very Caribbean in flavour, having also been settled by French and Haitians and its people are lively and colourful. We explore the old palaces and museums and the Castillo de San Pedro de la Roca (known by the locals as ''El Morro") which was built to defend the city against pirates and enemies of this then Spanish metropolis. From here we also visit Cuba's oldest European city, Baracoa, situated on a headland near the island's easternmost point.

Our journey back across the island is by land, visiting Cuba's second oldest city - Bayamo, 'the city of carriages', in Granma Province. It was in Bayamo that Cuba's great hero and poet Jose Martí was shot, and where the Creole planter Carlos Manuel de Cespedes freed his slaves, formed a militia and overran the eastern end of the island. We continue on to the ancient villa of Camaguey, founded by the coast in 1514, later relocated away from the sea to protect it from pirates and corsairs.

Our next stop is the 'World Cultural Heritage' town of Trinidad. Walk the cobblestone streets and peer through the wrought iron gates to the tile roofed colonial houses. Trinidad was once a haven for Jamaican gold and slave smugglers. We will stay at nearby Ancon, with its beautiful white sand Caribbean beach.

On our way to Varadero, we'll stop at Santa Clara to visit the Museum of Ernesto 'Ché' Guevara and his comrades. It was here that Ché carried out combat in the final struggle for liberation. We wind up our Cuban experience with two days relaxation at Varadero - one of the most beautiful beach resorts in the Caribbean, with its fine white sand and transparent blue waters. Enjoy the beach, take a cruise on the Bay of Matanzas, snorkel or scuba dive.

We return to Havana for shopping, dancing, and some 'vida cubana', before beginning our final farewells and journey home.