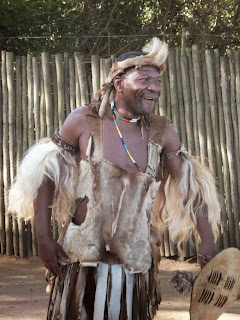 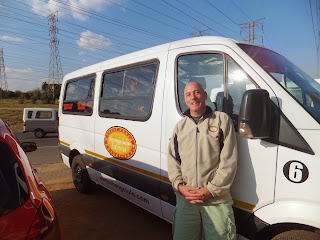 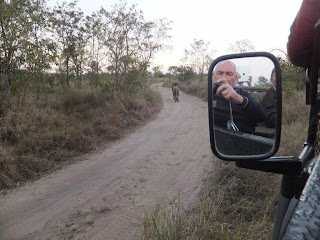 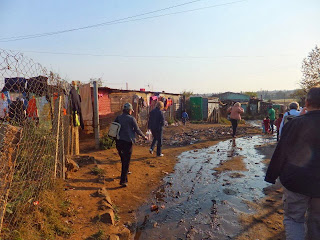 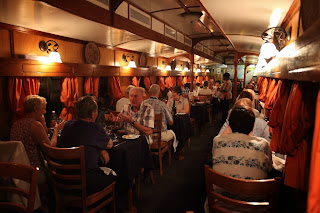 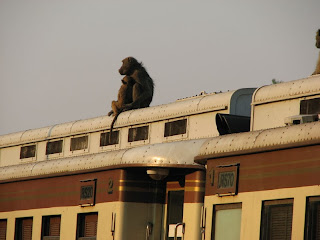 TRAIN YOURSELF INTO TAKING ON BIG GAME
David Ellis

WHEN we told mates we were off to Africa for game viewing and a safari-like adventure, and that we were going to do it over a near-fortnight by train, our announcement was met with much mirth and hilarity by those supposedly in the know.

"Send us pictures of the blurred fur you flash by," one chuckled. "Hope you've a long lens, a LONG lens," chortled another, while a third wished us well – and expressed the hope that "all the animals are deaf as you sneak up on them in your 500 tonne train…"

It was great fun at our expense, but it was we who in fact had the laugh on them. Because they'd not taken into account that our train was the Shongololo Express, a cosy re-vamp of yesteryear rail indulgence that has been carrying adventurers and animal-spotters for a near-20 years across a vast sprawl from Cape Town in South Africa's south to Durban in its east, Tanzania's Dar es Salaam in the north, and Swakopmund in Namibia in southern Africa's far west.

And that rather than our train trying to sneak up on unsuspecting animals in the wild, it actually parked at stations or sidings, with guests taken daily by a fleet of air-conditioned Mercedes-Benz mini-vans carried in flat-cars hooked on the back, for totally up-close animal-spotting in the wild, city and village sightseeing, and visits to museums and other highlights.

And with these mini-vans driven by the train's own on-board professional guides, and who were often joined along the way by game reserve and national park Rangers, or other professional local guides.

Better still, the Shongololo was our travelling hotel, with the need to unpack and re-pack just once in 12-nights as we indulged a reminisce back to a time when train travel was leisurely, unhurried and genteel, and amid restored yesteryear Rhodesian (now Zimbabwe) Railways' polished teak-wood carriages offering dining, lounge, bar and sleeping accommodation that was all somehow cleverly shoe-horned into the confines of narrow-gauge rail.

Also the train travelled mostly at night, making every day available for organised touring in those mini-vans – with a choice of at least two options daily that were included in the train's price, and which began after a hearty Continental and full-cooked English breakfast, and which ended with us being brought back late afternoon to find the bar open and dinner about to be served.

What surprises awaited in lounge/bar and dining cars too: local South African beers cost as little as 16 rand (AU$1.70) a can, and excellent local South African wines from just 95 rand a bottle (AU$10)… great accompaniments to nightly 4-course dinners that ranged from European to Cape Dutch, Malay, Indian and traditional African dishes embracing soup, entrée, main courses, and desserts or biscuits and cheese.

Amongst his many delights Chef offered-up roast lamb one night with a bevvy of baked vegetables, a tangy curry with numerous side-dishes another, a traditional African bobotie (baked mince with raisins and an egg-based topping) yet another, and on others pork fillet with caramelised pear sauce, chicken breast with a honey-mustard sauce, a beef pinotage, and one night good ol' English-style fish and chips… with menus never repeated during our 12-nights.

Shongololo offers four itineraries, with our Good Hope Tour taking us from Cape Town through the famed Winelands and Overberg, Kimberley and Bloemfontein, the Midlands, Southern Drakensberg, Durban, Zululand, Swaziland, Hluhluwe-Umfolozi and Kruger National Parks, Pretoria and Johannesburg where we were also given a guided tour of Soweto.

This gave us the opportunity with the train's own mini-vans to sightsee Cape Town and surrounds, taste local wines, visit the Big Hole former diamond mine and museum, tour Anglo-Boer War battlefields, go into tribal villages, communities and markets, game drive to within an almost couple of arm's length of wild animals including The Big Five (lion, leopard, rhino, elephant and Cape buffalo,) take-in Durban's picturesque beaches, parks and gardens, visit museums, and see tribal dances and other performances.

And at night retreat to our own ensuited and air-conditioned cabin – nodding-off to the haunting clicketty-clack of Shongololo heading off to its next day's destinations.