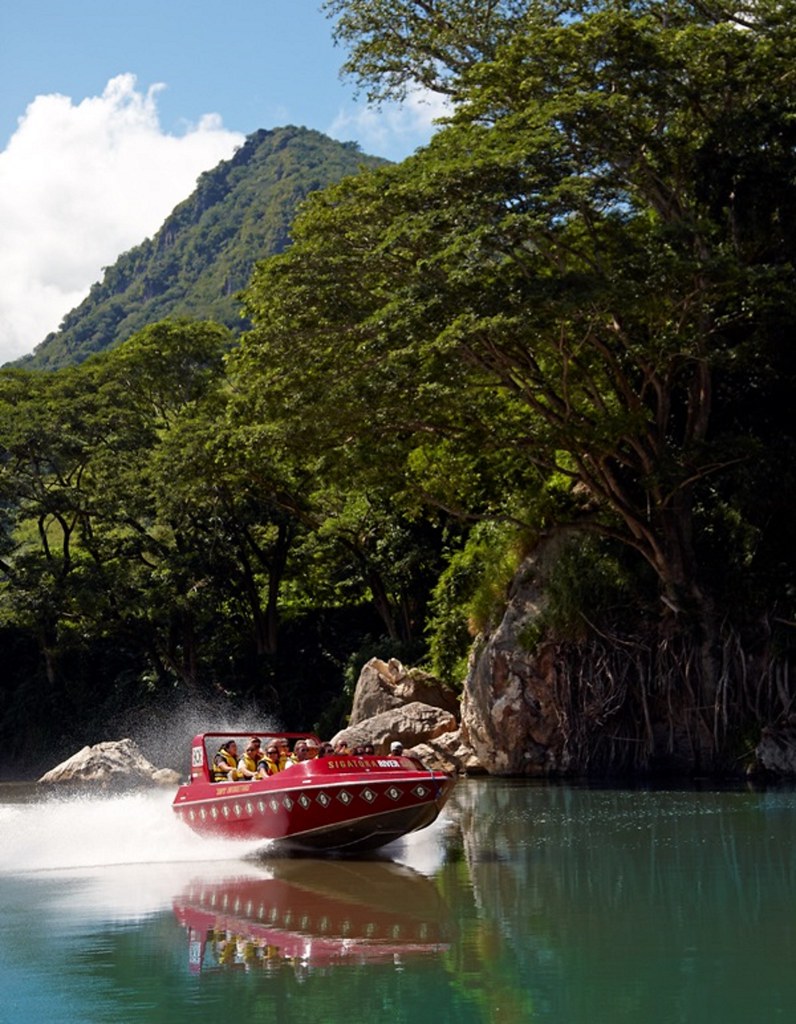 The award winning Sigatoka River Safari, Fiji is celebrating its 9th birthday on 09 March, 2015 and to thank past guests for their support, they are running a Facebook photo promotion that will see one lucky passenger win a return trip for two to Fiji flying Fiji Airways and a Sigatoka River Safari and Off Road Caves Safari tour for two people.

“Celebrating our 9th birthday is a huge milestone for our Sigatoka River Safari team. When we started out, we had a vision for our Safari adventure to become one of the most popular in Fiji and we wanted a way to thank and re-engage with our friends who have been on Safari and who have helped make this tour as successful as it is. With over 12,000 Facebook followers we thought a photo Facebook promotion would be a fun way to do this and would allow our friends to re-live their favourite Safari moments.” Said Jay Whyte, Managing Director, Sigatoka River Safari. 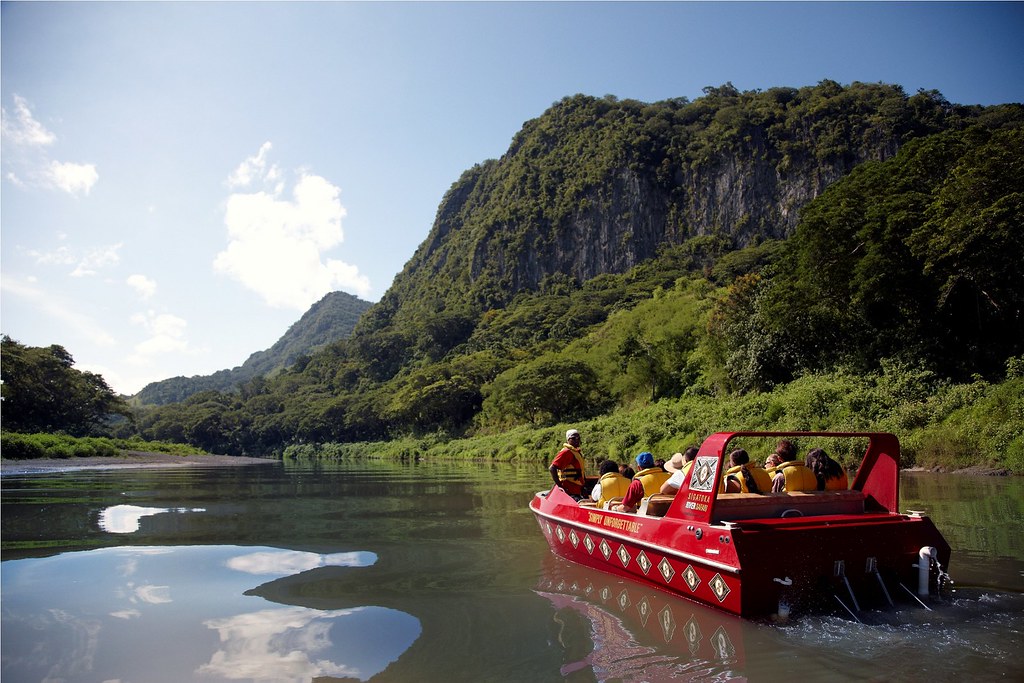 Sigatoka River Safari’s Facebook promotion asks past passengers to submit their favourite pictures from their Safari experience. The pictures which generate the most amount of LIKES will be in the running to win the major prize and the photo with the greatest number of likes on the final day of the competition will win. Images will be uploaded on a daily basis and Facebook friends can vote each day.

The promotion will run from 1st February through to Sigatoka River Safari’s birthday - 9th March 2015 and the passenger with the winning photo will win a return trip to Fiji flying Fiji Airways for two and a Sigatoka River Safari and Off Road Caves Safari tour for two people.

Sigatoka River Safari is the world's first jet-boat/village safari tour. Offering visitors a half-day adventure into the heart and soul of Fiji. Passengers travel along the Sigatoka River aboard custom-built safari jet boats and visit authentic Fijian villages, experiencing a day in the life of the real ‘kaiviti’ (Fijian).

The tour was began operations in March 2006 with the tag line ‘Simply Unforgettable’. It quickly lived up to this motto, winning the 2007 Best Adventure Tour and 2008 Best Fiji Experience at the annual AON Fiji Excellence in Tourism Awards. Since then the Sigatoka River Safari has won the Trip Advisor Certificate of Excellence for four consecutive years in 2011, 2012, 2013 and 2014.

Founded by Australian, Jay Whyte, Sigatoka River Safari was a result of Jay’s love for Fiji and its people, which first started when Jay was a child.

“I visited Fiji for the first time in 1991, and met Fijian, Pita Matasau. Pita took myself and my family high into the Fijian interior to his village of Draiba. It was from this experience that I decided other people should see that area of Fiji too.” The next year I visited New Zealand and that’s when I thought of combining a jet boat ride up the Sigatoka River with a visit to a real Fijian village, just like I had experienced. 10 years later I decided to put my plan into action and I started seeking permission from relevant village chiefs that I hoped the tour would visit. In 2005 I received final approval from FTIB.”

Sigatoka River Safari is not only a successful business venture but it also has committed itself to looking after the 15 Fijian villages it works with.

“I decided when I started the business that I was going to do something every six months to benefit the 15 villages we work with in the hills of Navosa.” Says Mr Whyte.

The village projects have been endless and include supplying villages with new Easy-Tel phones, installing fixed water filters in all villages so they can access fresh drinking water, installing a Bore Hole (drinking water) in the local Naqalimare District School, help build kindergartens, supply schools with laptops, and much more. A percentage of all Sigatoka River Safari fares are also paid directly to the village visited on that day to fund their various respective village projects.

Over the past nine years Sigatoka River Safari has seen huge growth. The tour started off offering one tour per day and averaging about four passengers per day, now they operate two daily tours and average about 34 passengers each day. This has seen the number of boats increase from one and only two drivers, to four boats and seven drivers.

According to Mr Whyte, one of the most exciting changes to the company was the starting of a new tour, Off Road Caves Safari, in 2012 and Water Blob in 2014.

“Off Road Caves Safari was very exciting for me and my team. The tour came about as a natural transition that complements the Sigatoka River Safari. Off Road Caves Safari is Fiji’s original and only off road safari and takes passengers to the Naihehe Cave, Fiji’s largest Cave system, where they learn about its fascinating history.

We only started the Water Blob in August 2014 and it’s very different to our other tours. The Water Blob is a 35ft vinyl inflatable tube, designed for kids and adults of all ages to jump on and fly off and have a blast doing it.

“I’m extremely proud of what we have achieved over the past 9 years and when passengers return from the Sigatoka River Safari and tell me how much it has really touched them, some even in tears, then I know we're achieving what we set out to do.

I love my job and often say if you love what you do you never have to work a day in your life and that’s exactly how I feel. I love living in Fiji, working with my incredible team and helping the villages we work with – I wouldn’t change a thing." continues Mr Whyte.

The Sigatoka River Safari and Off Road Caves Safari operate Monday to Saturday with tours departing at 8.30am and 1.00pm. All prices include lunch, transfers from Coral Coast, Nadi and Denarau resorts (unless self-drive), 4.5hr Safari Tour, 10% shopping discount at Fiji Market & Tappoos, 10% OFF selected meals at Koko's Bar, Korotogo, Fiji, and complimentary Safari Sulus (sarong) for all women. Children 3 years and under are free.