In recent years Malaysia has emerged as an ideal spot for retirees planning to seek their retirement haven abroad. 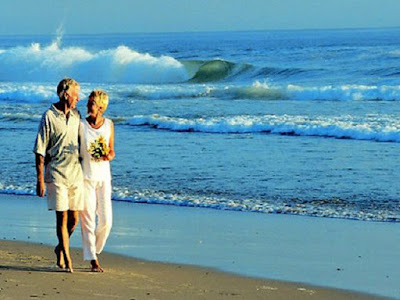 In the latest Annual Global Retirement Index for 2017 produced by International Living, Malaysia has topped the list of all Asian retirement destinations, ranking sixth in the world after Mexico, Panama, Ecuador, Panama, Costa Rica and Columbia, and is the only Asian country to have made it into the top 10.

This year's report analyzed 24 countries, ranking them across a broad variety of categories including the cost of real estate, special benefits offered to retirees, entertainment and amenities, safety and stability, healthcare, climate, infrastructure, and the cost of living.

The report notes that Malaysia's robust economy delivers consistently high standard of living available to locals and expats alike, delivering a quality of life that is both cost-efficient and attractive. It's one of only three countries in Asia (Singapore and Hong Kong are the other two) where it's possible to buy property freehold. And you don't need to be living there to do it. Visitors arriving in the country will be given a three-month visa, and if you decide to buy while you are there, you can. But even if you don't, typical expat locations such as Kuala Lumpur and Penang also offer high-quality real estate at low rental. 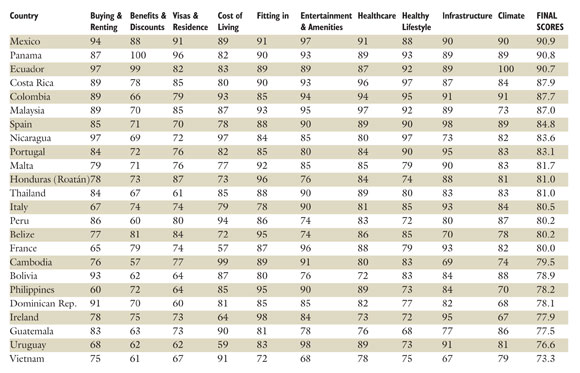 According to the report, Malaysian cities are clean and modern, its public transport unrivaled, and its people the friendliest in Asia. And while other Asian countries offer great budget holidays, and some offer first-class vacations, Malaysia manages to cater extraordinarily well to both.

Says IL Malaysia correspondent, Keith Hockton, "In Malaysia, you'll get the best street food, restaurants and cafés in the region, and some interesting architecture that is unlike any other. The food is not just first class; it's world class. And the shopping in Kuala Lumpur and Penang is to die for. From state of the art air-conditioned shopping centers to colorful night markets, Malaysia has it all."

"Consisting of 13 states and three federal territories, there is a lot to see and do here," he adds. "It's just one of the reasons that first time tourists to Malaysia come back again and again, and ultimately end up moving or retiring here."

Indeed Malaysia has no less than four UNESCO world heritage sites  - the Lenggong Valley, the Gunung Mulu National Park, Kinabalu Park and the cities of George Town and Malacca. Says Keith, "Kinabalu Park is a bird watcher's paradise, and Mount Kinabalu is the tallest mountain in Malaysia. Sunrise seen from here is something that you will remember for the rest of your life."

Coining Malaysia as 'Great Value for Money in a Cultural Melting Pot', the report indicates that the average retiree can enjoy a life of luxury in the country on a modest budget. It also notes that Malaysia makes a perfect base from which to explore the many natural, historical, and cultural treasures that Southeast Asia has to offer.

Other benefits associated with retirement in Malaysia? The proliferation of low-cost Asian airlines in recent years has made it easier (and more affordable) than ever to explore the rest of Asia. It is also easier for retirees to fit in and socialize with locals by comparison to other countries as English is so widely spoken. Also worthy of mention is the quality of health care in Malaysia, which according to the report, is comparable to that in any First-World nation.