History on the Hume: Ettamogah Pub - from cartoon to reality. 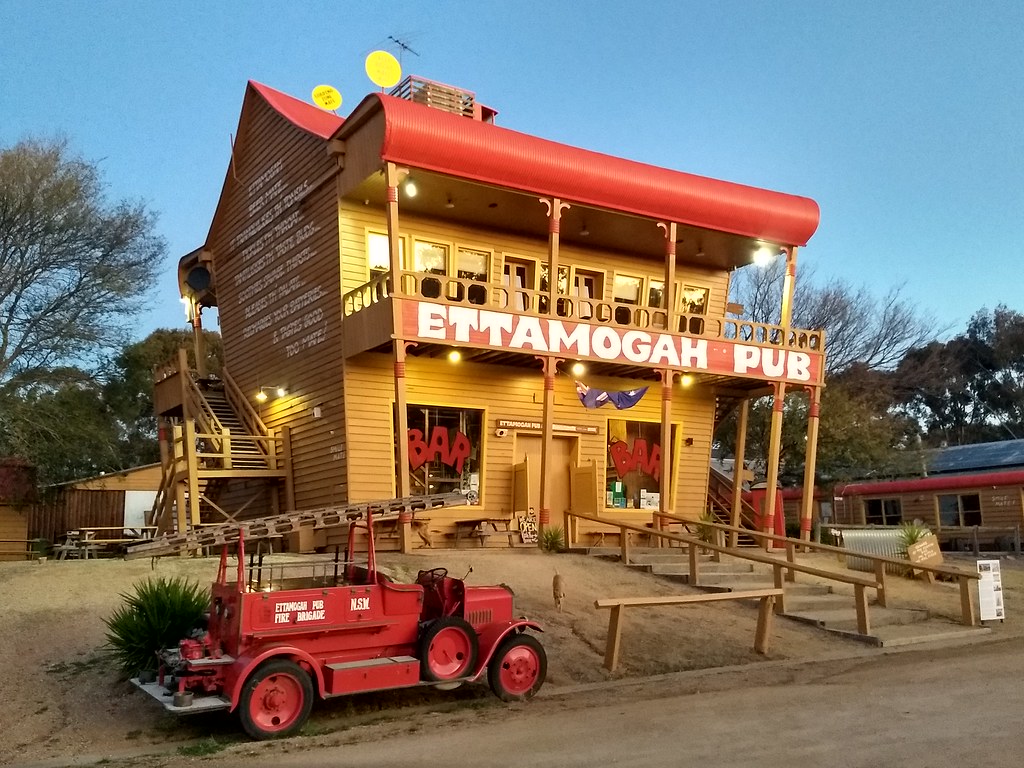 It was as a child in the Albury district that cartoonist Ken Maynard came to love the Ettamogah countryside, and he later immortalised Ettamogah in his "Australian Post" cartoons of the "Ettamogah Pub".


The original creator of the Ettamogah Pub was Ken Maynard. The cartoonist who drew the famous Ned and his Neddy. Ken was born in 1928 in Albury on the New South Wales and Victoria border He was educated in schools in Albury and worked locally until he left at the age of 23, to join the Victorian Police Force. Ken later became a traffic cop đirecting traffic on the Corners of Flinders and Kings street where he would encounter the coming and going of all the workers, as it was communaly known they all would yell and wave to Ken as it showed the true Australian Larrikinism which he loved. That's where he got the idea of the locals gathering around a pub. Ken's first work was published in the Victorian police journals where he remained as a contributor for ten years. 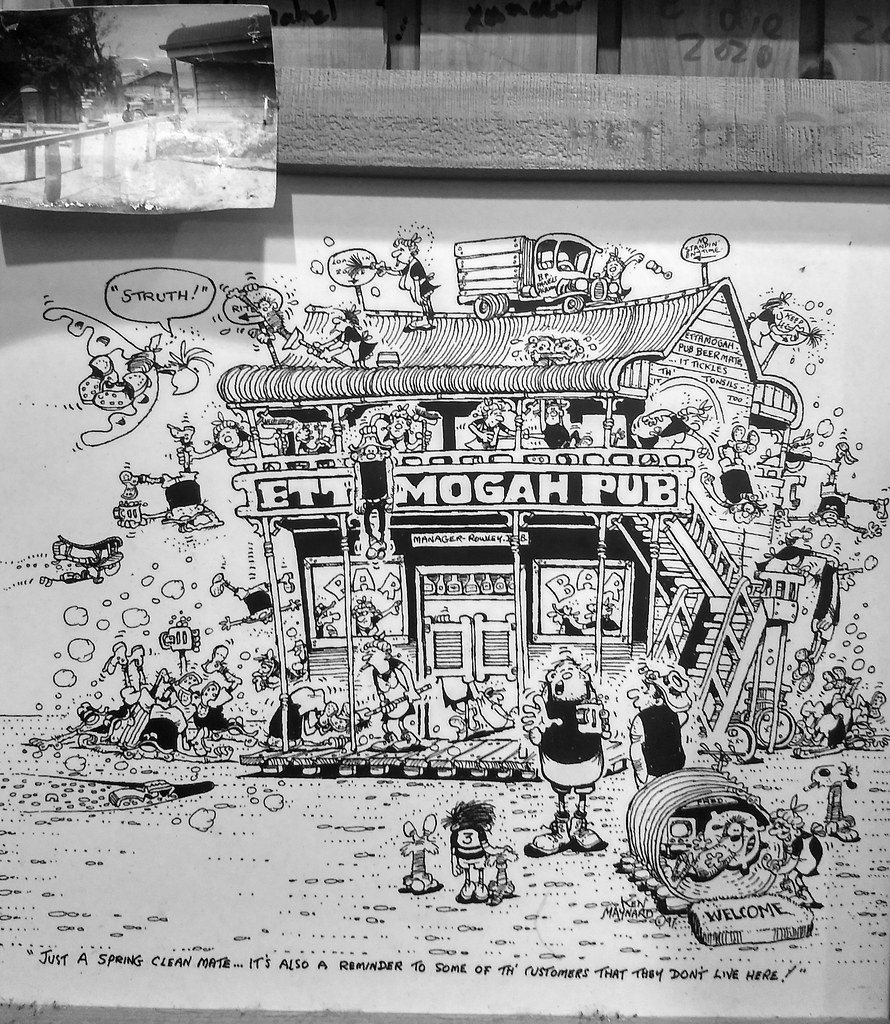 However, even though Ken was originally a police officer he got his break as a cartoonist in 1958 contbuting his Ettamogah Puh cartoons to the Australasian Post, the longest running paper and one of Australia's leading weekly magazines, owned by Sir Keith Murdock who abo owned the Argus Press.

Sir Keith Murdock instigated Ned and his Neddy which was the start of Maynard's journey. A batch of rough drawings were submitted and published under the title Ned and his Neddy. These early cartoons featured stockman with an overloaded horse at the principal character. Over the years however, the "Ettamogah Pub" began to appear more and more and Ned and his Neddy gradually slipping into the background. These cartoons became a main feature of the magazine and ran until its last edition. There was an enormous amount of material based on few blokes getting together having a drink and a smoke. Ironically, Ken Maynard never drank or smoked.

The Pub is 570 metres from Sydney and 327 Kilometres from Melbourne. In an easterly direction from the Pub, an arm of the Humans Weir can easily be seen. Perhaps the most beautiful country for viewing and camping between the Broken and Murrumbidgee Rivers an be found by turning East of the Hume Highway and following almost any of the river or creeks to the foothills of the mountains.

The building of the pub commenced in mid-November 1986. From the moment the first few pieces of timber were placed in a horizontal position thousands of visitors turned off the Hume highway to have a look at the strange-looking building that was taking shape. The project went through to completion without any serious delays. The pub was 'ready for action' on April 17, 1987.

The original Ettamogah Pub was built at Tabletop Winery and first opened in 1987 by Maynard himself. The timber building featured sloping walls and a distinctive architectural style true to the original cartoon design. Dean Debortoli was the owner of the Tabletop Winery and was also the financier behind the original Ettamogah Pub. All contractors are residents of Albury-Wodonga besides the architect the contractors who conducted the Earthworks.