Ten Must Visit Attractions in Seoul - plus 90 More

The Ministry of Culture, Sports and Tourism and Korea Tourism Organisation announced the top "100 Must-Visit Tourist Spots" for 2019. Ten of these tourist spots are located in the heart of Seoul and brings together a mix of historical sites and new attractions that are rising in popularity. So for anyone who is planning a trip to Korea here are some locations to lock in your itinerary! 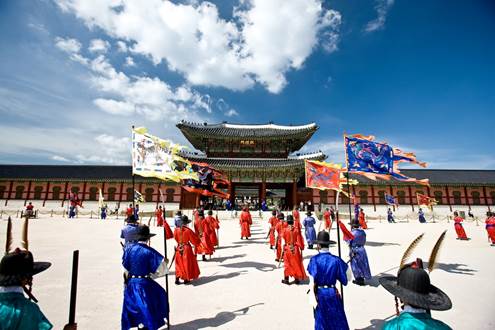 A trip to Korea would not be complete without visiting one of the major palaces of the Joseon Dynasty (1392-1910). Gyeongbokgung, Changdeokgung, Changgyeonggung, Deoksugung Palace along with Jongmyo Shrine are all located within Seoul and make up the major traditional sightseeing spots of Korea.

Of the palaces, Gyeongbokgung is the most popular as it is the largest of the palaces and the representative legal palace of the Joseon Dynasty. Twice a day there is a changing of the royal guides ceremony held in front of the main gate, this has often picked as one of the most popular activities for foreign visitors.

Changdeokgung Palaces operates a special 'Moonlight Tour' from April to October and is a perfect opportunity for visitors to see the magnificent monument in illumination. Guided night tours are available along with cultural performances like 'Pansori' and traditional dance. There are also tea ceremonies where visitors can try traditional Korean tea and snacks such as Hangwa. Admissions are generally extended until 10 PM and tickets are available on-site for foreign visitors. 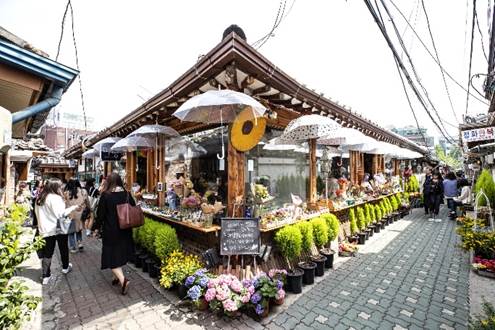 Wondering the popular streets of Seoul, you can feel the distinct culture of each street and the history that shaped the area. Rising in popularity is Ikseon-dong, a hidden gem in the bustling Seoul city. Despite being one of Seoul's oldest neighbourhoods, Ikseon-Dong has been hidden away amongst its more popular neighbours, Myeong-dong, Insa-dong and Dongdaemun. Ikseon-dong Hanok village was first established in 1920 and manages to keep its traditional charms while adopting many modern traits of the rapidly changing city. The unique atmosphere of the village is enhanced by the maze-like narrow alleys and colourful shops and cafes all decorated with its own characteristics.
Many of the unique shops found in Ikseon-dong alley sell handmade goods, vintage/retro clothing and are all available at very reasonable prices.

To experience the youth culture in Korea there is no better place than Hongdae (Hongik University Street). The streets of Hongdae are alive with buskers and are home to Korea's underground rappers, indie bands and musicians. There is a wide array of quirky cafes, trendy bars, unique shops and gourmet eateries that make it a popular hangout for local youth and a fascinating place to walk about.

Itaewon is easily the most diverse and multicultural district in Seoul with more than 20,000 foreigners living in the area. Foreign travellers tend to gravitate to this area for its authentic cuisines, art museums and nightlife. Itaewon is particularly famous for its Global Village Festival, held every October, this event has stalls selling food and goods from around the world as well as a display of cultural activities.

Myeong-dong is your one-stop location for the ultimate shopping experience. Considered as the mecca of shopping in Korea, the Myeong-dong Street stretches for approximately 1 kilometre from Myeong-dong Station (Seoul Subway Line 4) to Eulji-ro Avenue. The streets are lined with cosmetic shops, department stores, duty free stores, and various local brand shops. And after all the shopping visitors can also enjoy some of the famous street foods in the area. 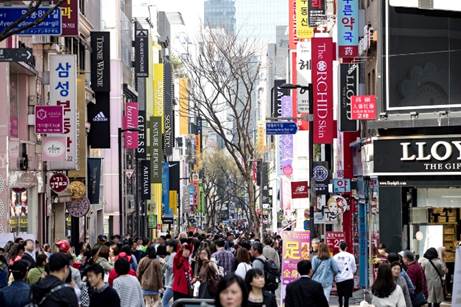 A staple on the 'Must-Visit' list for Korea, is N Seoul Tower which is right next to Myeong-Dong station. It is a communication and observation tower which was built in 1969 and stands at 236 meters making it the second highest point in Seoul. The tower has been a popular spot for young couples to come at hand padlocks to symbolize eternal love.

If you are travelling with a family or just looking for a fun place to spend a day, Lotte World is a great option. As the world's largest indoor amusement park it is open all year round and is filled with rides, performances and a large indoor ice rink. It is also connected to the Lotte World shopping mall and the newly built Lotte World Tower, which is now the tallest building in Korea.

Dongdaemun Design Plaza (DDP) designed by the renowned Zaha Hadid, is probably one of Korea most iconic monuments. The futuristic building is located at the centre of the shopping district Dongdaemun and serves as a key venue for design-related shows and conferences, exhibitions, and other events and gatherings. 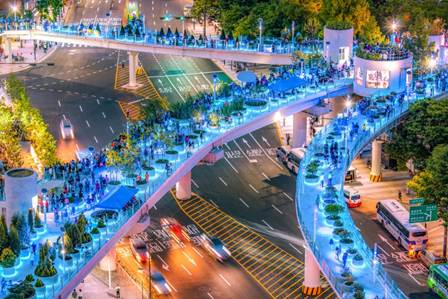 Seoullo 7017 is one of Seoul city's newest landmarks. Comparable to the New York's High Line, Seoullo 7017 is named after the year in which it was built (1970) and the year when it was recreated (2017).The "17" also has a deeper meaning, with Seoullo 7017 being divided into 17 unique sections, and the road is located 17 meters above the ground. 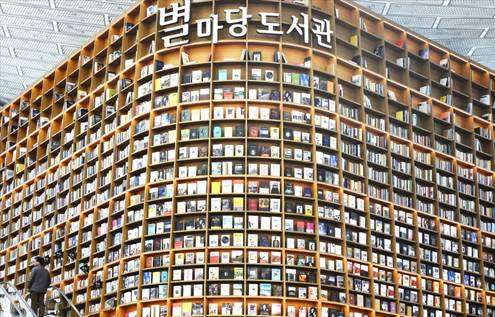 Starfield COEX Mall is an underground shopping centre connected to Korea's major convention centres and exhibition halls. Located near the central business area, COEX has just about anything you could ask for, from large-scale an aquarium, movie theatres and a massive library with over 50,00 titles, it is easy to spend an entire day wondering the complex.

To read more about the 100 Must Visit Locations in Korea got to: http://english.visitkorea.or.kr/enu/AKR/FU_EN_15.jsp?cid=2587233&fbclid=IwAR05wNb5eJGjKkCsgbkxEvQgffzwbqaVhGuu1uzGnrI75b6A0ewG66-ZXXU