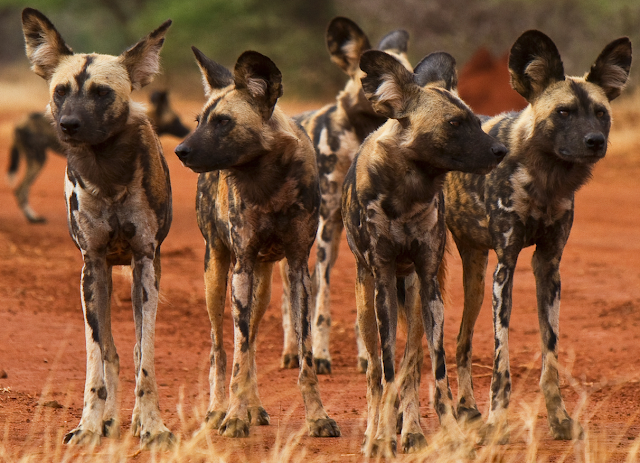 Renowned for its vast array of wildlife, South Africa has long been regarded as one of Africa's most accessible and popular safari destinations and has recently been named 'best safari experience in Africa' by the Safari Awards Africa 2019.

But with an embarrassment of riches to choose from, working out where to go on safari here can be daunting. While most people head straight to mainstream game parks like Kruger National Park and Sabi Sabi Game Reserve, for the savvy traveller looking to stay ahead of the curve – and the crowds, there are still plenty of places to go that still are largely untouched by commercial tourism. Of these, Madikwe Game Reserve is a standout according to Michael McCall, Director of Sales Australia and NZ for boutique luxury safari specialist, Sanctuary Retreats.

"Madikwe is extraordinary. It is literally spread out over 75,000 hectares of stunning – and diverse, African wilderness. The terrain also varies widely from rocky peaks and open grasslands right through to lush valleys. This means that each area boasts its own distinctive inhabitants, which in turn means that visitors to the Reserve are all but guaranteed to see a huge and very diverse range of wildlife."

There is no doubt that Madikwe offers up some spectacular game viewing. The Reserve is home to a fantastic host of game species including the 'Big 5' (lion, elephant, buffalo, rhino and leopard), cheetah, giraffe and hyena. The birdlife is also spectacular, with over 360 bird species found there. Plus, it's also one of the best places in Southern Africa to watch the elusive and rare wild dog, thanks to a world-renowned breeding program being run in the Reserve.

Driving through Madikwe's game-rich grasslands, travellers could be forgiven for believing this area was always an ecological haven. However, up until 1991 the land was utilized largely for intensive farming, which had almost completely destroyed indigenous flora and fauna. Confronted by degrading fertility and productivity, and a bleak outlook for agriculture, local communities and South African government looked to tourism to revitalize the land.

Developed as a three-way partnership between the South African government, local communities and the private sector, Madikwe Game Reserve was established with the primary objective of stimulating ecological, sustainable economic activity in the region. The key impetus for change was to create viable long-term employment and business opportunities, which in turn would generate much needed revenue to conserve the biodiversity of the area. And so, in 1991 Operation Phoenix, one of the biggest and most ambitious wildlife trans-location programs ever seen on the African continent, got underway.

Over the next seven years, over 10,000 animals were relocated into Madikwe. The 27 species released into the newly created reserve all occurred historically in the area and included lion, elephant, buffalo, black and white rhino, wild dog, giraffe, zebra and a host of antelope.

Madikwe Game Reserve is strictly protected and self-drive or day trips are tightly restricted in the area. This means that the best way to see the Reserve is during a stay in one of the area's exclusive bush hideaways. Sanctuary Makanyane Safari Lodge is situated on private ground within the Reserve overlooking the Marico River. Catering to just sixteen guests, eight secluded and luxurious suites each boast spectacular glass-walled bedrooms, offering uninterrupted views of the surrounding forest and the River. Add in exceptional cuisine, welcoming service and thrilling game viewing, and the result, according to Michael is an unforgettable luxury safari experience.

But to really treat someone special in your life, he suggests spending a night in the Star View Sleep-Out Hide. Says Michael, "The two-level hide is tucked away in a secluded part of the Lodge's ground overlooking a waterhole. Falling asleep surrounded by lanterns while listening to a lullaby of roaring lions, crying jackals and laughing hyenas – it's the perfect retreat for romantics with a sense of adventure." There's also plenty of time to enjoy morning and night game drives, guided walks and intimate bush dinners. Or for those simply wanting to relax, Michael recommends booking in for a massage at the Lodge's Spa.