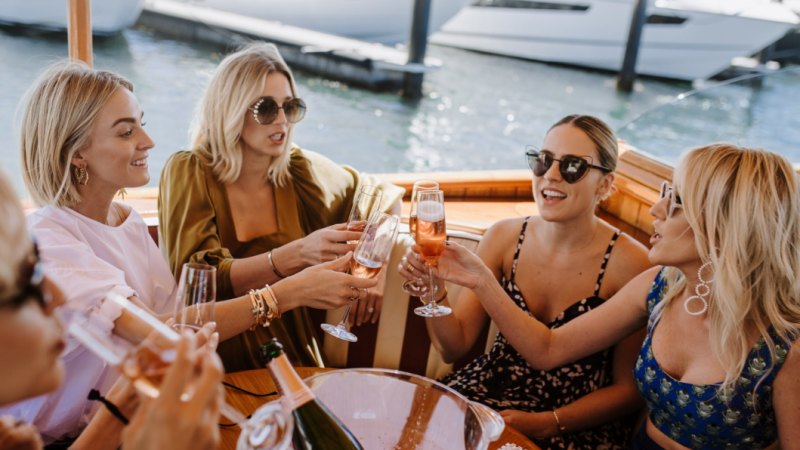 Wonder where celebrities like actors, singers, and models hang out during their Sydney holidays?

After all, Sydney is known to be one of the Southern Hemisphere’s cultural capitals, favoured by the glitterati of Australia and beyond.

In this article, we will reveal the best locations in the Emerald City for a celebrity sighting.

But before you go stargazing, here’s some good news: visitors to Sydney may soon enjoy a long-awaited extended nightlife scene, if shops, eateries, and other businesses in central Sydney are finally given the go-ahead to operate at all hours of the day. Currently, the city’s “lockout laws” prohibit entry into bars, pubs, and clubs after 1.30am. There is also a stipulated time for last drinks—3.00am.

"It's not going to all happen at once, but it will slowly start to build," says Sydney councillor Jess Scully. "It's setting Sydney's nightlife up for the future, and for how we live now."

Thankfully, there’s already plenty to do in Sydney. If you need quirky Sydney activities to fill your day, or ideas for fun things to do in Sydney at night, take your cue from Sydney’s celebrity visitors, and make a stop at the city’s hippest spots. Put on your glamorous togs and read on to find out more.

1. Have Breakfast at Bills Restaurant

Why begin your day at Bills? It’s run by Bill Granger, Aussie celebrity chef and the “egg master of Sydney.” Bills at Surry Hills was pop superstar Taylor Swift’s first stop—fresh from the airport—when she arrived in Sydney for an awards show some years back.

At Bills, the scrambled eggs are creamy to a fault, the sweet corn fritters have been proclaimed the city’s best, and the ricotta hotcakes have earned a devoted following too. Yet Granger remains charmingly modest about his culinary talents. "It's not complicated. It's not science. I'm not… out there in the kitchen devising. I'm very much a domestic cook," he once said.

Surprisingly, the passion for food doesn’t run in Granger’s family—cooking was even viewed as a chore to rebel against. But, following his parents’ separation, Granger began to change his perspective. "We never sat down together as a family, so for me, food was a way of bringing the family together,” he told The Telegraph. “Food is a conduit to good relationships."

Last year, Bills at Surry Hills celebrated a fresh start, by reopening at a site next door to its original location. This was the restaurant’s first update after 23 years. Its breakfast classics are still there, along with newer dishes (seared duck breast) and a delectable wine range sourced from South Australia’s Riverland region. (Click here to see where else you can find Bills in Sydney, and around the world.)

Get directions to Bills

You might not spot a celebrity at the Sydney Harbour Bridge, but if you conquer the BridgeClimb Sydney—by reaching the bridge’s summit—you would most certainly be following in celebrity footsteps. Which celebrities, you may ask? Recent star climbers include actor Luke Evans, musician Sam Smith, retired Australian swimmer Ian Thorpe, and Hollywood megastar (and Sydney native) Hugh Jackman.

There’s an even better reason to put this on your list of things to do in Sydney today: the BridgeClimb was named Australia’s top experience by TripAdvisor last year. It also clinched the No. 4 spot on TripAdvisor’s Top 10 list of the best experiences in the world.

Not exactly a fan of heights? Here are some tips by the BridgeClimb experts for staying on course: slow down your breathing to relax naturally, steer your mind towards positive thoughts (“I’ll love the view!” or “This will be a once-in-a-lifetime experience!”), look horizontally instead of downwards, and most importantly, trust BridgeClimb to bring you safely up and back.

As for what to wear, those who’ve done the climb recommend comfortable casual wear, such as a t-shirt and tights.

Note: the Sydney BridgeClimb does come at a price, with some packages costing as much as AU$388 per person. If you’re keeping an eye on your spending and don’t mind doing a shorter version of the climb, try the BridgeClimb sampler for AU$174 (adult price).

3. Chill Out at Bondi Beach

“Definitively Sydney, Bondi is one of the world’s great beaches,” says Jeroen Meijer, general manager of PARKROYAL Darling Harbour, Sydney. “It’s the closest ocean beach to the city centre (8km away), has consistently good—though crowded—waves, and is great for a rough-and-tumble swim.”

If you’re looking for calmer waters, Meijer’s advice is to “try the child-friendly saltwater sea baths at either end of the beach.” To enjoy warm sea temperatures, the best months to visit are from December to March. But rest assured that people still visit the beach during the winter months of June to August.

To spend a full day at Bondi, you could begin with a morning or midday surf lesson, and cool off at the Icebergs Dining Room and Bar, where luminaries such as Oprah Winfrey, model Alexa Chung, and actress Sienna Miller have been spotted. Post-lunch, you can check if any festivals or celebrations are happening in the vicinity, or go shopping along the nearby Gould Street, where you can find international labels as well as homegrown designer fashions.

Hungry again? If you haven’t had a chance to sample Australian cuisine at Bills (see above), there’s a branch at Bondi Beach you can visit.

Get directions to Bondi Beach

In 2017, pop sensation and former bad boy Justin Bieber rented a home on Coronation Avenue, in the Sydney neighbourhood of Mosman. Today, Coronation Avenue has been named the lower north shore’s most desired street for buyers, according to an Australian real estate site.

Mosman is reputedly one of Sydney’s most affluent and prestigious suburbs, and it’s worth a drive there to see how the city’s well-heeled live. Use the Sitchu guide to explore the restaurants, cafes, and bars in the area, or simply head to Chargrill Charlie’s, as Bieber himself did.

From here, the Taronga Zoo Sydney is within easy reach. “[T]his bushy harbour hillside is full of kangaroos, koalas, and similarly hirsute Australians,” quips Jeroen Meijer. “Highlights include the nocturnal platypus habitat, the Great Southern Oceans section, and the Asian elephant display. Feedings and encounters happen throughout the day, while in summer, twilight concerts jazz things up.”

Looking for things to do in Sydney at night? If you fancy running into the likes of reality star Kim Kardashian or English comedian Russell Brand, The Ivy is where you need to be. This urban playground features intimate lounges, as well as dance floors and plenty of food and drinking options—essentially, all your party needs under one roof. (Did we mention that there’s a rooftop pool bar too?) The Ivy tends to attract those who want to be seen, so go ahead and make the extra effort.

Sadly, it appears there are redevelopment plans afoot for The Ivy, with no closure date given as of now. Your best bet is to visit The Ivy while it’s still around!

“I've been to nearly every club in Ibiza. I've been... to Miami Music Week and several festivals. [The Ivy] is one of the best clubs I have ever been [to],” raves a satisfied clubber. “It's not only this really great venue…. the people you're going to party with [are] perfect!”

Get directions to The Ivy

More reasons to book us: kids stay and eat free, and early birds enjoy savings on our Best Available Rates. View our room offers or get in touch with us today!