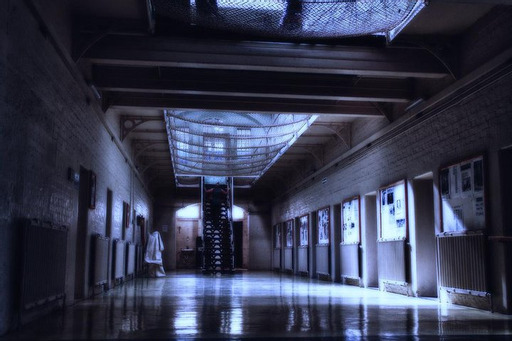 From unleashing your inner ghostbuster to investigating crime scenes and being part of a supernatural interactive theatre show, there’s something for everyone.

Dig deep into Newcastle's hidden past as this grand old town's skeletons beg to come out of the closet. Go on a fully-guided 90 minute tour of Newcastle’s darkest secret locations as you revisit historical crime scenes of the city’s sinister past. There’s also tons of photo opportunities and breathtaking sceneries for travellers to enjoy.

Choose from three exclusive tours and explore the supernatural side of Melbourne by experiencing the legendary tales of hosts, gangsters, and corpses donated to science. Travellers can learn about Frederick Federici, an opera singer who has been haunting the Princess Theatre since 1888.

Visit Australia's former home of the criminally insane, where notorious criminals such as Chopper Read and William Wallace once resided. Explore the facilities in search of the souls who still linger here, and learn about those prisoners buried underground. Guides are experienced and highly knowledgeable, making sure stories from the asylum are brought to life.

Discover the mysterious Mr Brown found by the cemetery gates, the Coast's most famous ghost and Victorian rituals. This 2 hour investigative tour will allow travellers to connect with the spirits of our ancient pioneers using interactive equipment such as divining rods, KII meters and divination tools.

Dive deep into the mysteries of Adelaide Goal, one of the public buildings renowned for being the most haunted site in South Australia. Take a walk alongside informative tour guides during the evening, and learn about the prison’s history dating back to the time of early settlers. Travellers might also get a chance to come into contact with former ghostly convicts.

A unique interactive theatre experience where travellers will be able to join in the fun and be part of the story as they engage with the characters live on set instead of sitting down to watch a show. The adventure begins outside the old haunted cottage where you will be guided through to exorcise the house of a lingering spirit and solve an ancient mystery.
Posted by rodeime