Australia's hottest Instagrammer shacks up at The Sebel Pier One Sydney 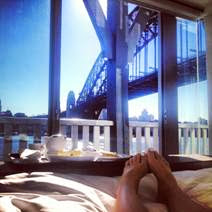 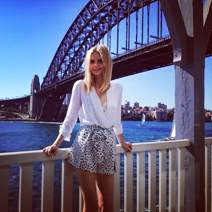 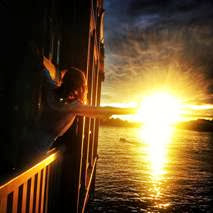 After having spied Australia's most successful fashion blogger shooting outside The Sebel Pier One Sydney, the hotel has lured Jessica Stein, aka Tuulavintage into blogging, Instagraming and Facebooking to her social network of close to 700,000 followers from the Harbour View Suite at The Sebel Pier One.

Taking advantage of Sydney's clear blue skies and calm waters, she has posted a handful of pictures from the bath and balcony of the hotel's new suites and the Instagram image of her toes peeking out from under the doona with the Harbour Bridge just meters away has already amassed over 22,000 likes.

Simon Wanstall, the Operations Manager at The Sebel Pier One Sydney who looks after the hotel's social media accounts thought having Jessica stay and take photos from the hotel was an idea too good to pass up when he saw she was doing a fashion shoot outside the hotel last month.

"We have a really loyal and active following on The Sebel Pier One's Instagram, Facebook and Twitter accounts and I knew our followers would be keen to see what style of photo Jessica would produce. The photos we've seen so far from her have been really beautiful and they manage to capture the essence of the hotel. Jessica was thrilled when we offered her the suite for the night and she has been busy shooting fashion editorials from the suite for various publications. It has been exciting to watch".