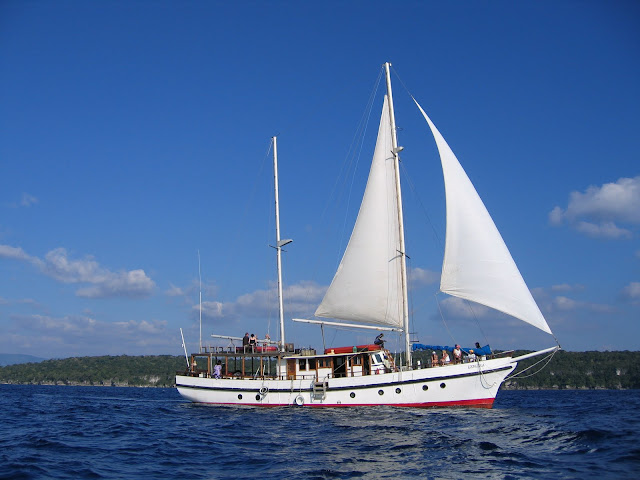 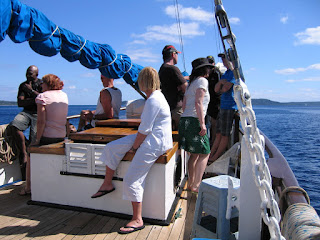 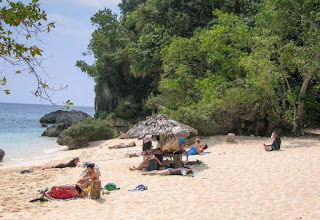 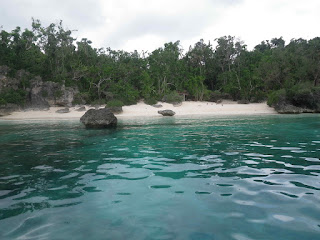 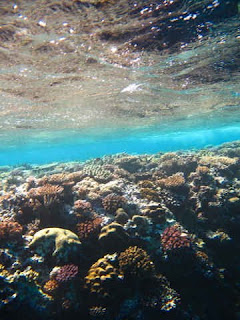 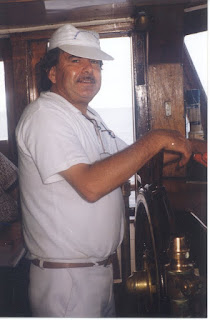 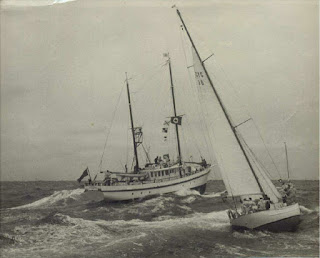 GOOD news from Vanuatu is that with the coming of our winter, one of the best full-day adventures out of tropical little Port Vila is once again up and running after the devastation to the tourism industry of Cyclone Pam in March.

We're talking about an outing aboard the historic 23m (75ft) ketch Coongoola for a day's sun, sand, swimming, snorkelling and barbecuing at one of the cutest little havens this island paradise has to offer – and with maybe a local Tusker beer or three tossed in to avert dehydration

Coongoola was out of action for a month after the stout little vessel suffered some minor damage as she hid behind an island in Vila Harbour  during the fury of 250kph winds (one gust 320kph/198mph,) and while Mother Nature replenished the white sands of the delightfully-named Hapi Tok Beach that she visits and which Pam's mountainous seas had partly washed-away.

But once again visitors to Port Vila can now revel in this magical day's outing that begins with mini-bus pick-ups from Vila hotels, and a picturesque 40-minute drive out to Coongoola's anchorage in Havannah Harbour, famous for its role in 1942's Battle of the Coral Sea.

Relax aboard with morning tea of French buns and tea or Vanuatu coffee on the way across to tiny Moso Island where Coongoola's owner, Owen Drew has run a voluntary  turtle conservation rookery for the past eleven years, breeding, tagging and releasing into the ocean over 1,100 highly-endangered Hawksbills in that time.

In return for a donation, passengers can name a turtle – and have their own email address added to its tag so anyone coming across it in the future can let them know where its wandering…

After the turtles its onwards again aboard Coongoola, this time to Hapi Tok Beach on Moso's uninhabited rain-shadow side – a haven exclusive to Coongoola's guests for a few hours of swimming the electric-blue waters, snorkelling over rainbow-coloured coral reefs, maybe dozing in sun or shade, and partaking of an expansive barbecue and accompanying table-load of tropical salads… with beer and soft-drinks available via an honesty-box.

And as lunch ends thousands of now-tame fish splash, right on cue, into the waters off the beach for guests to wade amongst and finger-feed with the left-overs…

Finally when it's time to head homewards Coongoola's sails go up (depending on the winds,) fresh fruit platters are offered aboard – and playful dolphins often leap around the yacht's bow as she heads back to Havannah Harbour.

Owen Drew says Coongoola was one of the few yachts in Port Vila to survive Cyclone Pam, over 50-plus other vessels foundering in the huge seas and record winds – including his shared-ownership 13m day-outing trimaran, Sea Spray.

"Coongoola was built by old-school shipwrights who made things to last," Drew says.

Even so, Cyclone Pam's winds were so strong one 16mm steel bolt on a mast fitting simply snapped, and a 32mm (1.25inch) "unbreakable" polyester rope attached to one of several anchors tore apart.

In reality Cyclone Pam proved just another chapter in Coongoola's colourful life that began when she was built in 1948 for a Toowoomba businessman to make a business trip to South Africa.

Later, with a professional crew, he, his wife and two children spent 15 months on a world cruise, and in the 1960s under new owners Coongoola became the radio "mother ship" for the Sydney-Hobart yacht fleet.

The British Government later bought her for use in the-then British Solomon Islands, eventually abandoning her in the 1970s without a thought to her captivating history. She was rescued in dilapidated condition by dive and charter fishing  operator, Drew – even her twin masts having been cut off to give more deck space for cargo.

Owen Drew painstakingly removed an extraordinary 27 coats of paint that had simply been slapped one on top of the other, got hold of new masts, replaced rotting timbers and put her into his dive and fishing fleet.

He also used her in a 4,800km survey of the islands, before sailing off to Vanuatu for a new life there.