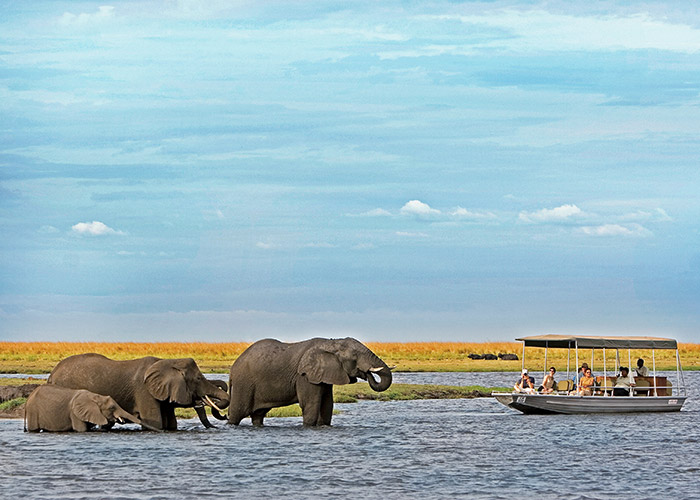 And yet, it is a country whose star is clearly on the ascendancy. Anointed by Lonely Planet as one of the ‘Hot Destinations for 2016’, its popularity as a safari destination continues to grow. This month also marks its 50th year of independence, with the landlocked African nation hitting the big screen with the launch of high-profile film, A United Kingdom, starring Rosamund Pike, David Oyelowo, Tom Felton and Laura Carmichael, which tells the story of Botswanan prince Seretse Khama, who later became Botswana’s first democratically elected president.

So what makes Botswana so special? Well for start, it’s hard to go past beautiful landscapes and the quality and abundance of wildlife. Then there’s its rare combination of desert and delta. The Kalahari Desert makes up more than 80% of this landlocked country, and the vast sponge into which the swollen Okavango River disappears each year creates the largest inland delta in the world – the Okavango Delta. And in the northwest of Botswana, lies Chobe National Park, home to the largest population of elephants in the world.

Over 17% of the country is dedicated to national parks, and in 2014 the Okavango Delta became UNESCO's 1,000th World Heritage Site. That means a Botswana safari offers up varied safari holiday across a broad expanse of savanna, desert, saltpan and wetland in one of the most pristine wildlife destinations in Africa.

In what is also one of the most sparsely populated countries in southern Africa, a safari here is an intimate experience where close-up game viewing is the norm and boutique safari camps the ultimate home-away-from-home. There is a multitude of ways to acquaint yourself with the wildlife - on a gently poled mokoro (traditional dug-out canoe) trip through the waterways, by open 4WD vehicle, from the air and on foot – you won’t be disappointed.
Posted by rodeime