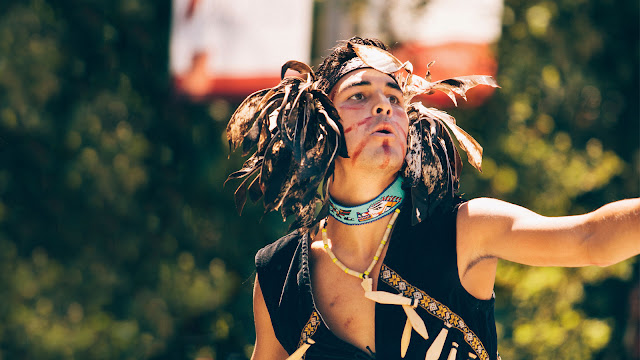 From the Haida and Tsimshian of the North Coast to the Nuu-chah-nulth of Vancouver Island and the Stó:lō, Secwepemc, Okanagan and Ktunaxa people inland, British Columbia is home to Canada’s most diverse composition of First Nations bands, languages and societies.

British Columbia also boasts some of the longest inhabited regions in the world. The area around Prince Rupert and Haida Gwaii, for example, has revealed evidence of 12,000 years of human settlement.

Each of BC’s First Nations has its own language, traditions and history, and most are currently experiencing a cultural renaissance. At the same time, BC's many Aboriginal cultures are increasingly accessible to visitors, with growth in everything from Aboriginal-owned art galleries and cultural centres, to First Nations-operated wilderness treks, wildlife viewing tours and cultural experiences.

For visitors, the options are as vast as the landscape:

BC's urban and regional museums boast world-leading collections of heraldic poles, silver and argillite jewelry, carved cedar boxes, and significant archeological finds and other artifacts. The Museum of Anthropology, at the University of British Columbia in Vancouver, for example, has some of the world's best collections of Pacific Northwest Coast First Nations art and artifacts, representing a cross-section of the region's First Nations. The Bill Reid Gallery, also situated in the city, showcases the works of the acclaimed Haida master sculptor, carver, goldsmith, writer and spokesman. Other excellent collections can be found at The Royal BC Museum in Victoria, the Museum of Northern British Columbia in Prince Rupert, and the Haida Heritage Centre at Kay Llnagaay in Skidegate, Haida Gwaii.

Throughout BC you’ll find Aboriginal-owned-and-operated shops and galleries, many built in a traditional longhouse style, as well as restaurants — and even a winery — offering insights into modern day art, culture and cuisine. Nk’Mip Cellars in Osoyoos, for example, is North America's first Aboriginal-owned-and-operated winery, while the Eagle Aerie Gallery in Tofino is a fine example of a cedar plank, carved and painted longhouse-style gallery.

Several BC resorts are all, or partly, owned and operated by First Nations people and offer a taste of Aboriginal architecture, food, culture and entertainment in the context of a modern full-service hotel. These include Tsa-Kwa-Luten, The Oceanfront Resort on Cape Mudge on Quadra Island, St. Eugene Golf Resort & Casino in Cranbrook, Quaaout Lodge & Spa, and Talking Rock Golf Course near Kamloops and Nk’Mip Resort (which includes a winery, vineyards, cultural centre, spa and golf course) in Osoyoos.

Meanwhile, a growing number of Aboriginal-owned tourism operators are encouraging visitors to enjoy BC's wilderness, wildlife, culture, history and cuisine from a First Nations point of view. Experiences range from paddling a traditional ocean-going canoe to visiting archeological sites, taking ecologically sensitive wilderness tours, seeking out the mysterious Kermode (Spirit) bear in the Great Bear Rainforest, watching a dance performance or joining a generations-old purification ceremony. Add to this that First Nations guides share history, legends and insights into archeology and natural history as visitors tour their lands by canoe, foot or even jet boat. In many cases, guests can enjoy a feast of traditional foods and spend the night in a traditional pit house, teepee or longhouse. The Aboriginal Tourism Association of British Columbia, at www.aboriginalbc.com, has details about the tours and experiences available.

One of the most popular ways to experience Aboriginal culture is to visit one of BC's many cultural centres, where First Nations people invite visitors to learn more about their art, history, cuisine and way of life. The following is a region-by-region selection.

The Squamish Lil’wat Cultural Centre, a three-storey, 2,824-square-metre (30,400-square-foot) complex on 1.76 forested hectares (4.35 acres) in the Upper Village celebrates the art, history and cultures of the local Squamish and Lil’wat people, and adds a fascinating cultural element to the Whistler experience. www.slcc.ca

The Quw’utsun’ Cultural and Conference Centre sits on the banks of the Cowichan River in Duncan, about an hour north of Victoria. Visitors can see traditional Cowichan artwork in the gift shop gallery, sample First Nations cuisine in the café, join interpretive tours and watch demonstrators at work (carving, weaving, etc.) throughout the grounds during peak season, July through August. www.quwutsun.ca

The U’Mista Cultural Society in Alert Bay on Cormorant Island, which can be reached by ferry from Port McNeill on northeastern Vancouver Island, has a renowned collection of Kwakwaka'wakw potlatch regalia. The first of many artifacts were returned to the Kwakwaka'wakw people in the late 1970s after being confiscated by the federal government earlier in the century. To date, they continue to be reclaimed. www.umista.ca

At the Xat’súll Heritage Village in Soda Creek, overlooking the Fraser River near Williams Lake, visitors can learn about the daily lives of the Xat’súll people, visit a sweat house and learn to make traditional crafts. Guests can also arrange to sleep in a teepee or pit house, join a lava rock pit cooking demonstration and enjoy an immersion in Xat’súll culture. www.xatsullheritagevillage.com

The Secwepemc Museum & Heritage Park in Kamloops is a reconstructed village at a traditional gathering place. The 5-hectare (12-acre) site is home to a replica winter pit house village, a summer lodge, gardens showing plants used by the Secwepemc, a wildlife marsh and a museum. Each BC Day long weekend (beginning of August), Kamloops also hosts the annual Kamloopa Powwow, BC’s biggest festival of First Nations dance. www.secwepemcmuseum.com/

The Nk’Mip Desert Cultural Centre, in Osoyoos, celebrates the millennia-old history and culture of the Okanagan First Nation and the area's unique desert eco-system. It's part of the NK’MIP Resort, which includes a resort, a golf course, and Nk’Mip Cellars, North America’s first Aboriginal-owned-and-operated winery. www.nkmip.com

The Ktunaxa Interpretive Centre, showcasing Ktunaxa culture, heritage and contemporary arts, is on the site of the St. Eugene Golf Resort & Casino in Cranbrook. Built in 1910, the mission building operated for 60 years as a residential school for Aboriginal children, before becoming a resort in 2002/2003. The site is now home to an interpretive centre, a golf course, a casino and resort. www.steugene.ca

The Haida Heritage Centre at Kay Llnagaay, a striking glass and cedar complex modelled after traditional Haida longhouses, opened in July 2007 in Skidegate on Haida Gwaii. Built at the old Haida village site of Kaay Llnagaay, or "Sea Lion Town," the centre’s ocean-facing cedar longhouses, linked by a glass curtain wall, house a welcoming atrium, a carving shed, a performing arts theatre, a gallery displaying contemporary and travelling exhibits, and home to the Bill Reid Teaching Centre for emerging Haida artists. Six totem poles, representing each of the villages on Haida Gwaii were raised during the project's first phase in 2001. At the heart of the centre is the expanded Haida Gwaii Museum. Originally opened in 1976, it has doubled in size to accommodate a growing collection of Haida artifacts and art, reflecting 12,000 years of human settlement on the islands. www.haidaheritagecentre.com

On the Northern BC mainland, near Hazelton, is the 'Ksan Historical Village and Museum, a re-created Gitxsan village. Seven longhouses, the first of which was built in 1959, replicate a community that stood on the same riverside site for hundreds, or possibly thousands, of years. www.ksan.org