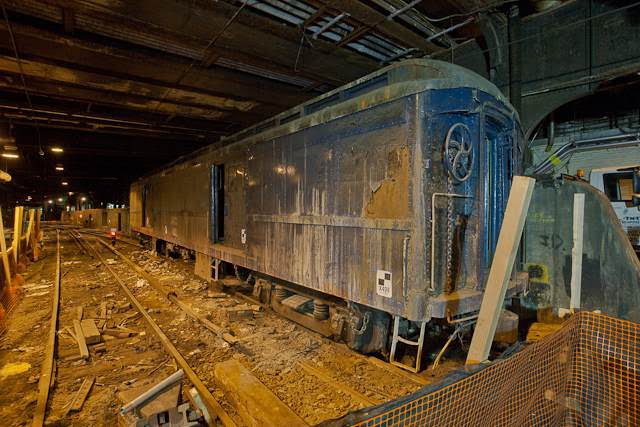 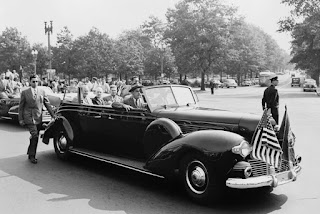 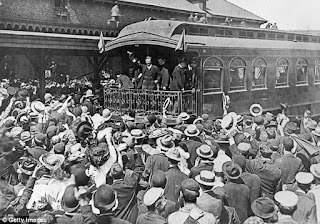 IT was once a New York City well-kept secret, a long-abandoned rail station deep below the famed Waldorf-Astoria Hotel at which American presidents, giants of industry and matrons from highest society, would be dropped from their very own private trains and whisked by elevator to dine or overnight in the 5-star Waldorf hotel above.

And if they wished, have their limousines that they had brought with them aboard those personally-owned trains, off-loaded by their chauffeurs and taken by separate elevators to the hotel's carpark, instantly ready for further travels and appointments around the city.

Today, the old subterranean station that was first used in 1938 and then most-heavily through the 1940s, is known simply as Track 61 and largely gathers dust between occasional filming usages and some off-beat product launches. And it's acquired something of a "holy grail" status amongst so-called urban explorers, those engaged in a constant battle of wits with its owners, the Waldorf-Astoria Hotel above, as they leave personal marks proving their success in breaking into this dark, dank and supposedly impenetrable cavern.

And to also boarding an historic rail car still down there to leave further marks alluding to their visit, a rail car which once would have been hooked-up to the train of President Franklin D Roosevelt – with his various luxury and first-ever armour-plated presidential limousines, that would have been carried aboard and be hauled by elevator to the street above while the President dined in the Waldorf.

President Roosevelt used the private train extensively as he suffered from polio, and rail gave him a more comfortable means of travel with his wheelchair and other aids as he criss-crossed America, addressing vast crowds from the observation platform of the train's last carriage.

FOOTNOTE: To this day, whenever a President of the United States stays at the Waldorf-Astoria, a diesel train with a team of FBI and Presidential guards waits below at the Track 61 platform with motors running, in case urgent escape is needed in the event of an attack on the President.


[] THIS rail car, parked permanently on Track 61 under the Waldorf-Astoria Hotel in New York City today, was part of the personal train of President Franklin D Roosevelt, carrying his various luxury and armour-plated limousines with him on his rail travels around America. (Waldorf-Astoria Hotel)

[] PRESIDENT Franklin D Roosevelt surrounded by security guards – within his car, on foot on the roadway, and in the car behind. The limo is a 1939 Lincoln K-series dubbed "The Sunshine Special" because of its retractable roof, and one of the first American Presidential cars to be armour-plated and to have bullet-proof windows – yet not have a bullet-proof roof. (Miami Gold Coast Rail Museum)

[] TRAVELLING by rail allowed President Franklin D Roosevelt to address vast crowds from the observation platform of the last carriage of his train, despite him being handicapped with polio. (Miami Gold Coast Rail Museum)