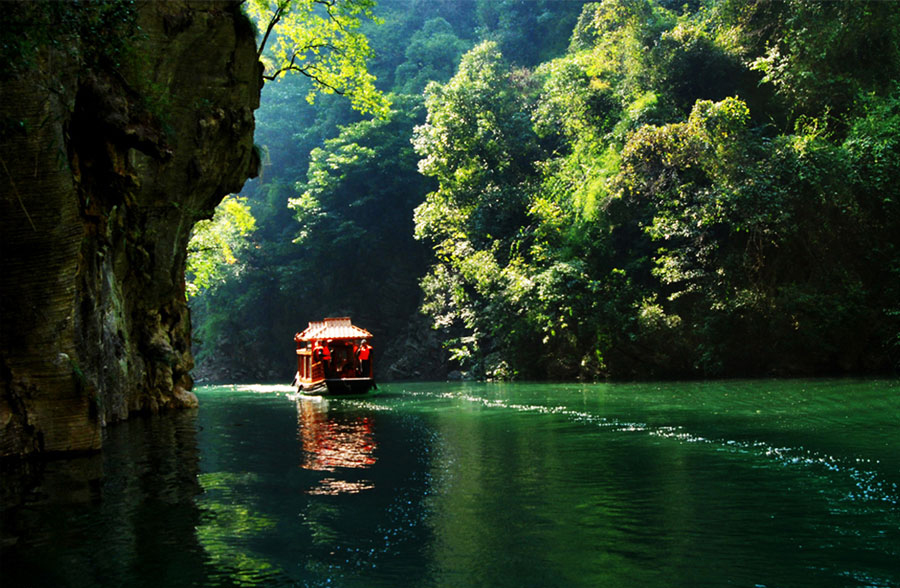 As the world's most populous country, you may be forgiven for thinking that truly wild China no longer exists. However, you'd be wrong.

Just north of the Yangtze River lays the Shennongjia Natural Reserve – one of China's most spectacular and dramatic wilderness areas, which has inspired myths and legends for centuries.

Mingled in amongst the primeval forest that makes up much of Shennongjia are dense swathes of bamboo, creeping vines, and an assortment of shrubs, flowers and fruits. This thick covering of vegetation has made some areas completely inaccessible, and it is this inaccessibility that has protected the area from significant human development and destruction. It has also helped the region retain an element of mystery – especially surrounding China's 'Wild Man'.

Known locally as Yeren, various sightings of China's answer to Bigfoot have been recorded for over 2,000 years, and still continue today. This red-haired ape-man is said to stand well over six feet tall, living in the caves that scatter Shennongjia's rocky landscape, and coming down from the mountains only to feast on local villagers' dogs and chickens.

Despite numerous expeditions to the region, China's Wild Man has yet to be found. And the question of whether he really exists is one which has captivated the hearts and minds of adventurous Chinese travellers for generations.

Today the Reserve is becoming increasingly popular with Western visitors too. However, they come with the hope of catching a glimpse of something else entirely – the golden snub-nosed monkey. Known for their thick, golden fur and appealing bright blue faces, these unique and charming creatures are undoubtedly Shennongjia's star attractions. They are also one of China's greatest conservation stories, with the population having more than doubled in recent years.

Visitors can watch entire family troops swinging through the canopies overhead or visit the Golden Monkey Protection and Research Base to get up close and personal with these enigmatic primates.

Along with the golden snub-nosed monkeys, the area is home to an astonishing array of other protected wildlife including macaques, golden eagles, deer, and black bear. The Reserve is also famous for its unusually high percentage of albino animals, and there are even plans to relocate panda to the region.

Whether you're hoping to be the first to capture the Yeren on camera, or simply want to spend time hiking through this primeval wonderland, a trip to Shennongjia will not disappoint. This year for the first time, Sanctuary Retreats will be running three special 4-night sailings in July aboard the Sanctuary Yangzi Explorer, which will include a day trip to Shennongjia Natural Reserve.

The elegant riverboat sets the standard for luxury cruising in China, with strong environmental commitments. Friendly and intimate, onboard service is a highlight with an atmosphere more private club than cruise ship.

Occupying four decks, the ship boasts the largest and best-appointed cabins on the river. Each has floor to ceiling picture windows, private balconies and ensuite bathroom. Dining is also a delight, with a team of internationally trained chefs delivering innovative à la carte menus featuring the finest of Chinese and continental cuisine.