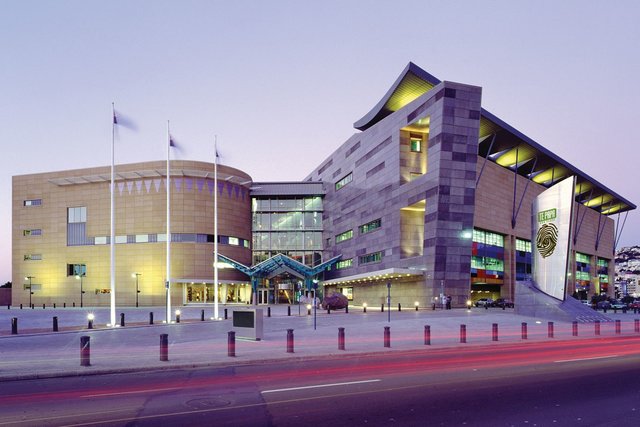 Sure, New Zealand has some of the greatest scenery, best wines and friendliest people, which is why holding a business conference or convention there makes perfect sense.

What’s more, the New Zealand Government is serious about making the ‘Land of the Long White Cloud’ an increasingly compelling destination with annual budget stimulation directed specifically at bolstering international business events over the coming years.

New Zealand, sometimes referred to by its evocative Māori name, Aotearoa, has numerous existing conference and convention venues, as well as proposed new venues including a $402 million New Zealand International Convention Centre (construction due to begin in December 2015) in Auckland, which will be capable of accommodating 3500 people, plus newly opened convention centres in Christchurch and Queenstown.

Auckland, Wellington and Christchurch regularly host high-level, international conferences and major national events, but even smaller centres like Queenstown and Rotorua should not be discounted thanks to their excellent offerings of both accommodation and outdoor activities.

Let’s take a closer look at each of these cities and see what’s on offer.

In the premier city of Auckland, which captures 70 per cent of all international arrivals to New Zealand, the larger venue options range from ASB Theatre in Auckland’s Aotea Centre to the huge Claudelands Events Centre in Hamilton, half way down the road to Rotorua on the North Island. The new Viaduct Events Centre is ideally placed within a vibrant, modern precinct and able to seat 1200 delegates in a banquet setting. Auckland Town Hall, the Civic Theatre and the versatile SKYCITY complex should all be considered when planning any event.

Auckland also presents a wide range of out-of-hours, break-out and pre- and post-conference options that allow delegates to inject some quality leisure and enrichment into what may otherwise be a gruelling schedule. Sailing on Auckland Harbour, cruising in the scenic Hauraki Gulf or touring the Twin Coast Highway to the Northland region into dense forests, fringed by golden beaches are just some of the choices.

At the base of the North Island is Wellington, the political capital of New Zealand and hometown to acclaimed filmmaker, Sir Peter Jackson. Served by major international carriers like Air New Zealand, Qantas, Virgin Australia and Jetstar, the international airport is an easy to navigate hub, a short distance from the city centre.

Obviously, with the city being the seat of power, it is well served with modern convention and meeting facilities ranging from contemporary and hi-tech, like the benchmark Museum of New Zealand Te Papa Tongarewa, to the more traditional such as the historic Wellington Town Hall and Michael Fowler Centre, both venues linked by a convenient footbridge.

Despite a modest population of around 400,000, Wellington is a spectacularly located city with a dramatic mountain backdrop and wide picturesque harbour. There are plenty of activities and attractions right along the foreshore including museums, restaurants and retail to occupy visitors and provide a refreshing recess. The iconic red cable car is just one attraction that must be experienced. Major accommodation offerings are all within an easy stroll, in fact, you can walk from one end of the business district to the other in under 20 minutes.

Delegates can enjoy gourmet tours right in the city centre or venture a little further out to the countryside where Wellington is embraced by thriving wine districts like Wairarapa just an hour north of the CBD. Nature lovers will enjoy the Karori Sanctuary Experience where, among other highlights, visitors can see the famous flightless Kiwi that is inextricably linked to the folklore of New Zealand.

Also on the North Island is the famously volcanic city of Rotorua, a tourist destination long enjoyed by generations of New Zealanders and internationals alike. Situated around the shores of its stunning namesake lake, this and other nearby lakes and rivers enable a range of aquatic activities like day cruises, hiking, picnicking, fly-fishing and jet-boating.

Beyond the city, delegates can enjoy a relaxing round of golf at some of the best courses in New Zealand or adrenalin sports such as whitewater rafting, snow skiing, zorbing or even a breathtaking plunge on the massive Swoop super swing. But it’s the geothermal attractions and their connection to Māori folklore that have made a name for Rotorua. A spectacular show is made of an indigenous feast under the stars at Te Puia thermal reserve, the whole proceedings set against a magnificent flood-lit geyser.

Across Cook Strait is the larger, but more sparsely populated South Island, renowned for spectacular mountain scenery and some of the world’s best cool-climate wines. A big call certainly, but after sampling some of the stellar Pinot Noir and Riesling on offer, few coming away disputing this claim.

The centre of tourism on the South Island is Queenstown, located in a spectacular alpine setting on the shore of beautiful Lake Wakatipu, this casual yet cosmopolitan city is a firm favourite among conference and event planners who cater for up to around 1500 people. Again, air links are regular and frequent with international flights arriving directly into the airport just a short distance from the city.

Most of the meeting venues are those within the world-class hotels, lodges and resorts sprinkled around the township and wider Wakatipu Basin where the encircling Central Otago region is best known for award-winning Pinot Noir and Chardonnay wines.  Such proximity to attractions and activities like golf, adrenalin sports and skiing, make Queenstown a ‘slam dunk’ for organisers looking to inject ‘wow factor’ in their event. Venues including the spectacular Skyline Queenstown, perched atop Bobs Peak and offering panoramic views of Lake Wakatipu and the Remarkables mountain range, are just too easy a choice.

Any mention of South Island locations should not overlook Christchurch, Canterbury district’s glorious ‘Garden City’. Yes, the city took a blow in the 2011 earthquake but has been vigorously rebuilding ever since and bending over backwards to attract tourists and businesses back to this classically British-styled city.

Also a major international gateway, Christchurch Airport has a surprising number of overseas routes including Korea, Singapore, Malaysia and Australia.

With its expansive Botanic Garden and many Gothic Revival buildings by architect Benjamin Mountfort, the city has the distinct character of a large English country town. Venues here are like none offered elsewhere in New Zealand and allow planners to construct distinctly memorable events within such venues as the Air Force Museum or International Antarctic Centre where guests can don heavy polar attire and experience, first hand, the sensation of visiting the deep Antarctic.

Beyond the city, the wider Canterbury district offers superb touring and sightseeing in the lush countryside that includes the rich Waipara region, home to yet more of New Zealand’s famous wines. Skiing at Mount Hutt is less than two hours by road and the famous TranzAlpine is quoted by many experts as one of the top railway journeys in the world. The little satellite town of Methven even offers hot air balloon rides where dawn breaks majestically over the surrounding farmlands in an awe-inspiring spectacle.

Anyone who’s never visited New Zealand might be inclined to suspect some overzealous description of these locations, but be assured that once visited, the veracity of these claims is quickly verified. What’s more, New Zealand is serious about attracting your MICE business and dedicated staff are on hand to guide you through the planning process.