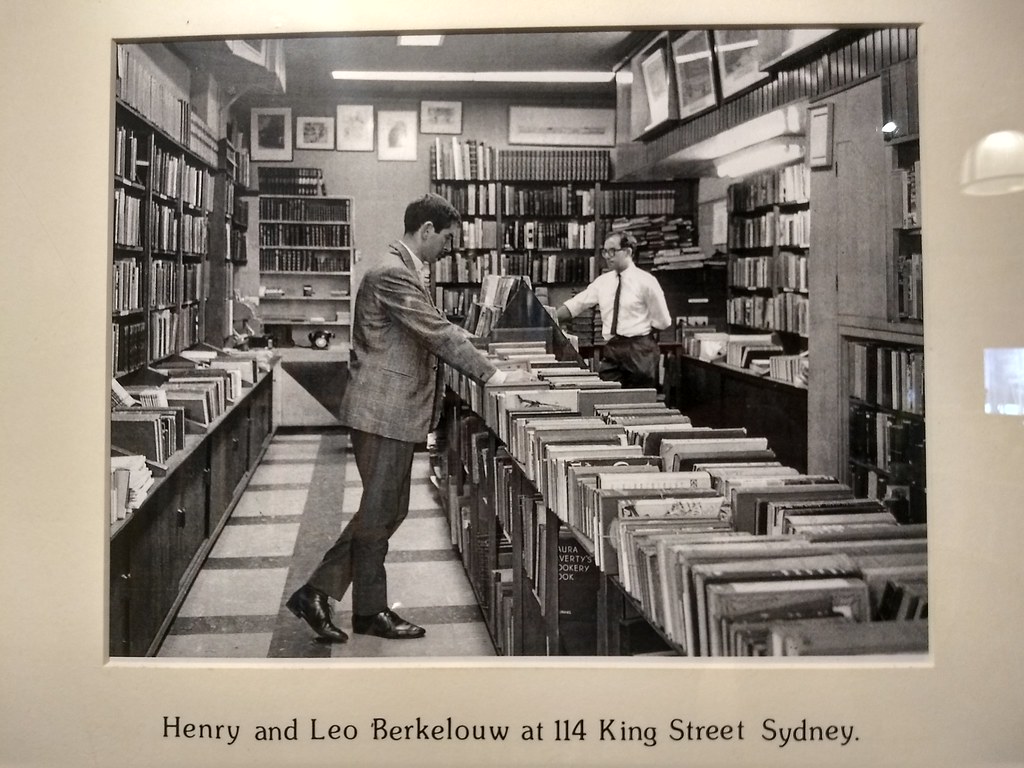 The story of Berkelouw Books began in Kipstraat, Rotterdam, Holland in 1812 with Solomon Berkelouw, a now misty figure, who traded in vellum-bound Theology books on the Rotterdam Quay.

His clients came mainly from among the owners and skippers of the barques which navigated the inland waterways bringing grain and other agricultural products from the provinces of "Zeeland" and "Zuid-Holland" to Rotterdam. In those days inland shipping was the only transport for bulk freight and the owners and skippers were among the well-to-do citizens who had a growing interest in education. Theological books were "en vogue" in the early 19th century and publishers in this period were certain of selling their publications as long as they dealt with Theology.

One late winter's afternoon, snow falling thickly, Solomon Berkelouw, while carrying his "wares" in a jute bag slung over his shoulder, slipped on a plank linking ship to quay. He fell to his death in the icy waters beneath, bearing his books to a watery grave.

His young son, Carel, determined to carry on his father's trade, put the business on a firmer and less dangerous footing by opening a bookstall at the Nieuwe Market in Rotterdam. Later he moved his stall to the Beurs Station, also in Rotterdam, where his business greatly prospered.

The third generation of Berkelouw Booksellers is represented by Hartog Carel Berkelouw whose apprenticeship was served with his father Carel at the Beurs Station bookstall. Hartog showed his ambitious approach to bookselling by opening a shop at Schoolstraat, Rotterdam,

Berkelouws achieved international status by issuing catalogues. By 1928, membership was granted to the International Antiquarian Booksellers' Association. Subsequently, the firm expanded and Hartog was joined by his children, Sientje, Leo, Carel and Isidoor, the fourth generation.

The Second World War intervened and a new and dark chapter was written into the history of Berkelouws. During the bombardment of Rotterdam, its premises and entire stock were destroyed and taken over by German authorities. In 1942 the unbroken record of four generations of bookselling was thus brought to a standstill. Mr. H. C. Berkelouw, Miss S. Berkelouw and Mr. C. Berkelouw became war casualties - Mr. L. Berkelouw had left the firm some years prior to World War II.

Immediately after the war, Mr. Isidoor Berkelouw, determined to re-establish the firm, set up business in Kerkstraat, Amsterdam. The premises soon proved inadequate and a more suitable location was found at 13 Spiegelgracht, Amsterdam, where book auctions were once again conducted regularly. Although business was successful, Isidoor believed Australia held a greater future for Berkelouws and bookselling. In 1948, he liquidated the firm and moved to Australia. 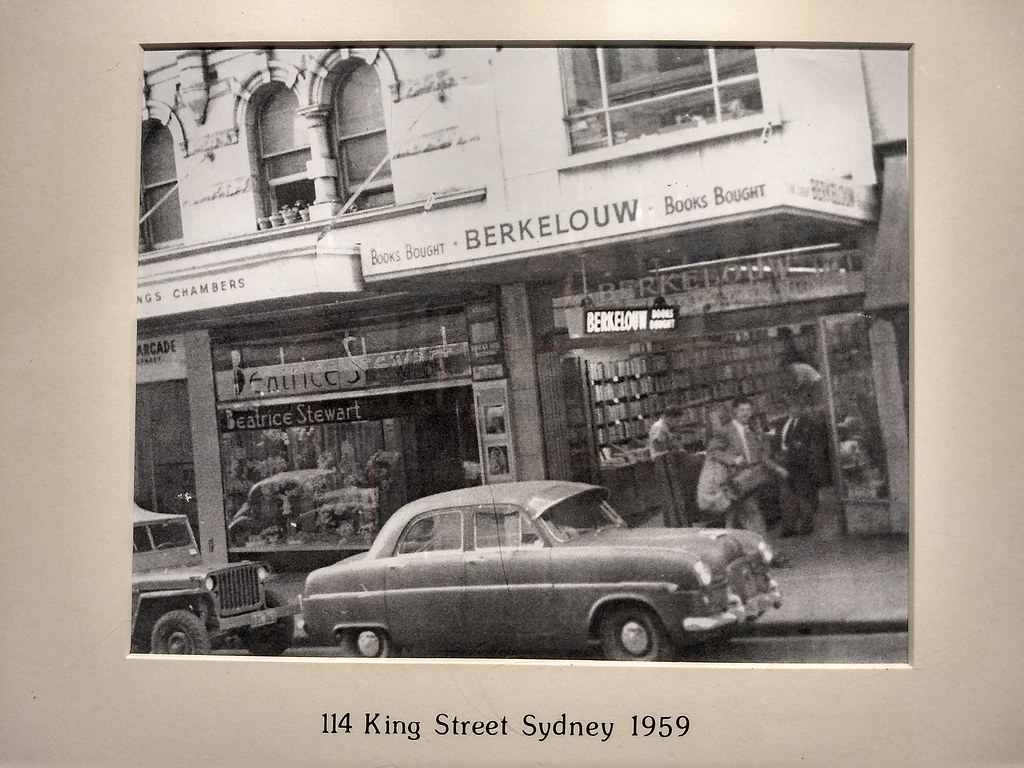 Shortly after his arrival, Isidoor issued his first Australian catalogue generating much interest amongst book collectors in Sydney and Australia generally Business was conducted from 38 King Street, Sydney where book auctions became a regular practice. As business expanded, the shop relocated to 114 King Street. With its historic associations and rich atmosphere, this site became Berkelouws headquarters. During this time the management of the firm rested with fourth-generation bookseller Mr. I. Berkelouw and his two sons, Henry and Leo.

By 1972, 114 King Street became limited in its capacity to house the growing collection of books and the firm made a brief move to Boundary Street, Rushcutters Bay and then in 1977 a quantum move to "Bendooley" at historic Berrima in the Southern Highlands of New South Wales.


Today Messrs. Berkelouw consists of its core business of fine and antiquarian books the Book Barn with its charming, friendly atmosphere; and, it's international contact through a branch in Los Angeles, USA, founded by Henry Berkelouw in 1984.

The long-lived association of Berkelouw and books progresses to the sixth generation. Its founder, Solomon Berkelouw, will be embedded in the firm's history, as an old and fruitful tree of Rotterdam, Holland, in the new soil of Australia.