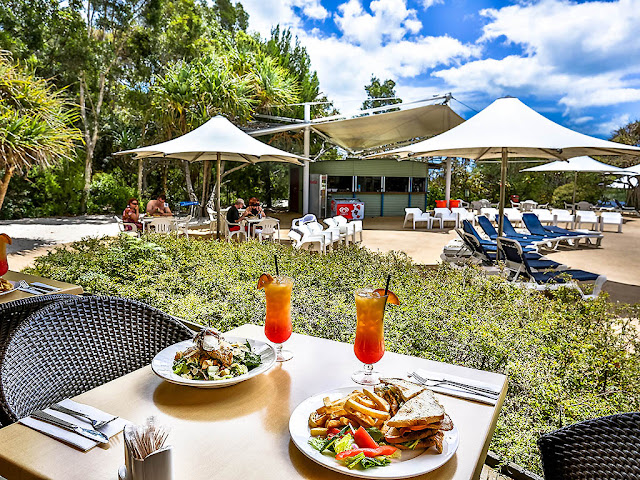 When you tell someone your story about Fraser Island, you can bet they’re expecting to hear about your heroic exploits in a 4WD on the sand dunes or driving along the beach highway, but Queensland’s UNESCO-listed sand island has much more to say.

Often overlooked by the Jet Ski and kayak crowd is the long association with traditional owners, the Butchulla people who named this perfect place, K'gari, after the beautiful spirit who helped Yindingie, messenger of the great god Beeral, create the land. As a reward to K'gari for her help, Beeral changed her into this island paradise with trees, flowers and lakes. Beeral then put birds, animals and people on the island to keep her company. The purebred dingoes you may be lucky enough to see were almost certainly brought to the island by the Butchulla more than 5000 years ago.

The Butchulla, like all Aboriginal people, learned to live with the land and respect it for its bounty. But not all visitors to K’gari felt the same way and logging and rough agricultural practices upset the balance of nature right up until the early 1990s, long after the last of the Butchulla had left. Now with its UNESCO World Heritage listing, Fraser Island is returning to the idyllic land once enjoyed by the Butchulla people.

If you’re arriving in August or September, you’ll see the wedding bush (Ricinocarpus pinifolius) covered in a profusion of small, five-petalled, white flowers. There are a number of mostly yellow peaflowers (Fabaceae family), plus a number of small-leaved heaths (Epacridaceae family) that blossom at various times throughout the year, providing a display of wildflowers almost all year round.

At the Kingfisher Bay Resort, the gardeners cultivate the unique lemon myrtle (Leptospermum) from a small native garden just as the indigenous people have done on the mainland for thousands of years. This fragrant citrus-scented tea trea was used both in cuisine and as a healing plant. You can also learn the special medicinal qualities of snake vine growing wild in the coastal heaths and subtropical rainforests.

These experiences have been carefully crafted by Kingfisher Bay Resort as part of their ‘Tastes of Australia’ menu used in the resort itself. You can even sample freshly cooked crocodile, kangaroo or emu and the demonstration will show you how to add these and other native ingredients into your own cooking at home.

You’ll also meet one of the chefs, perhaps sous chef Nathan Roberts, who revels in Aussie bush tucker cuisine. He and the team use native ingredients such as bunya nuts and pepperberries to great effect in the restaurant and also add wattle seeds to their jus and bush spices to couscous, and garnish with nasturtiums. Barramundi is baked to perfection in native paperbark.

“The demonstration is really informative,” says Nathan, “Visitors can try all the ingredients in their natural state and then taste them incorporated into some dishes like we cook at Seabelle (the resort’s award-winning restaurant). It never fails, everyone is completely blown away by the amazing tastes and offerings of Australian bush tucker.”

Some other bush tucker plants are grown on the island including rich bush tomatoes from the desert, quandongs from South Australia and Kakadu plums.

When you’re ashore you can choose one of the two ‘bush tucker’ walks and talks of no more than an hour, so there’s time to embrace the ecological beauty and still have time for a tear around in the sand or relax at the resort.

Did you know?: There are over 1000 species of plants from over 150 families found on Fraser Island alone. 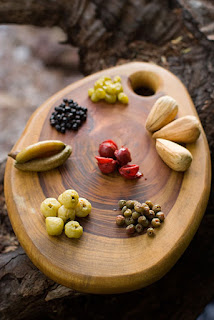 Bunya Nut (Araucaria bidwillii) have a sweet nutty taste and are often used as a substitute for meat due to the high levels of protein.

Lemon Myrtle (Backhousia citriodora) A native rainforest tree, this is a dense shrub or compact evergreen tree 3 to 8m, having dark green elliptical leaves to 10cm in length, giving off a strong lemon scent when crushed.

Bush Tomato (Solanum centrale) Also known as “desert raisin”or “kutjera” this small berry is collected by Aborigines in the central desert region of Australia and is related to the tomato family, tasting of tamarillo and caramel.

Red Quandong (Satalum acuminatum) Also called “Desert Peach” this fruit is high in vitamin C and is common in South Australia and arid areas of Australia, with a tart apricot and peach flavour.