A WINEMAKER’s LOT: DAYS OF WINE AND ROSÉS 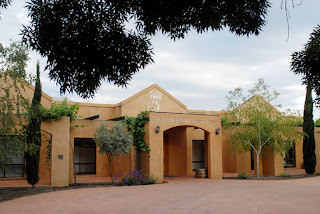 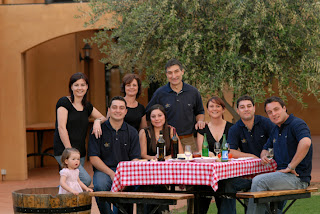 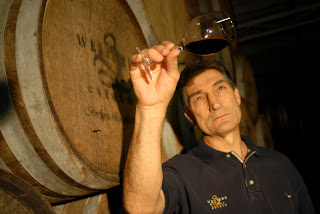 FORTY something years ago as an inquisitive teenager, Bill Calabria
had his first drink.

It wasn't long after that he had his last drink – in fact it was that night.

There's probably nothing much unusual about a young bloke having a
session on the grog and finding it wasn't for him, but what is unusual
is that Bill went on to become one of Australia's most respected
winemakers, something rather rare in an industry not exactly
over-endowed with non-drinkers.

But in Bill's case it wasn't a dislike of the stuff, but rather a
necessity: he suffers a very rare allergy to the acid in grapes.

And he admits he still sometimes turns down a drink with a bit of
reluctance. "But it makes me crook," he says. "Even my own stuff!!!"

Bill Calabria is Chief Winemaker at his family-owned Westend Estate
Wines in the NSW Riverina city of Griffith, an operation founded up by
his mum and dad back in 1945.

"They came out from Italy in 1927 and headed straight to the Griffith
area where they knew about the large Italian population of fruit,
vegetable and grape growers there, and bought five acres (2ha) of
farmland.

"Because they were used to a splash of talkative red or white with
their meals, Dad grew grapes to make their own wine – he made the
first lot in Mum's laundry tub, and then built a tin shed to make it
on a regular basis," Bill says.

"It was pretty good, but in some ways pretty much as rough as his tin
shed," Bill laughs. "In those days, though, people weren't too fussy
and Dad's seemed to be better than some other local plonks.

"Soon neighbours started calling around to buy a barrel or two, and he
also started getting orders to put barrels on the train for Italians
living in Sydney and Melbourne."

Bill says that by 1945 his dad had refined his winemaking techniques
and was making very acceptable reds, whites and ports. "It was made
from whatever grapes Dad could get his hands on, so could still be
pretty boisterous

stuff… in those days true-blue Aussies drank beer, Pommie migrants
Scotch and gin and tonic, and it was only we weird foreigners who
drank wine."

As he grew up Bill worked on the family farm and his brother in the
Calabria Winery. "But somehow we swapped, and I ended up in the winery
and my brother on the farm," he says.

It was a fortuitous swap for today's Aussie wine lovers. Bill keeps
production limited to 400,000 cases so that he and his winemaking team
of Bryan Currie and Sally Whittaker can keep totally hands-on control
of what they are making.

And despite making wines that now sell in thirty-three countries
around the world, and are quaffed from NSW Parliament House to onboard
Lufthansa Airlines and the world's highest-rated boutique cruise ships
SeaDream I and SeaDream II, his Westend Estate is still very much a
family affair.

"My wife Lena, our three sons Frank, Michael and Andrew, and our
daughter Elizabeth are all involved in the company," Bill says with
pride.

Bill changed the name of the company from Calabria Wines to Westend
Estate Wines in 1974 when he determined to make even higher quality
wines that reflected the individual character of the various varieties
of grapes that grow in the Riverina.

And he's fiercely proud of his region, being quick to point out it has
risen from a bulk winemaking area to one that now produces wines that
are lauded around the world. "The days of the Riverina being no more
than a mass maker only of cask and flagon wines have long since gone,
and makers here are getting medals for their wines at the most
respected international shows."

In typical Bill Calabria fashion he plays down his own accolades, but
we can tell you that last year alone his Westend Estate wines garnered
235 trophies and major medals in Australian and international wine
shows.

So for a non-drinker, how's he know what he's making? He shrugs. "You
don't have to swallow wine to know whether it's good or bad."

ALL in the family: the Calabria family taste the fruit of their
efforts outside Westend's Estate's Griffith winery.

CELLAR Door at Westend is open 7-days for tastings and purchases.