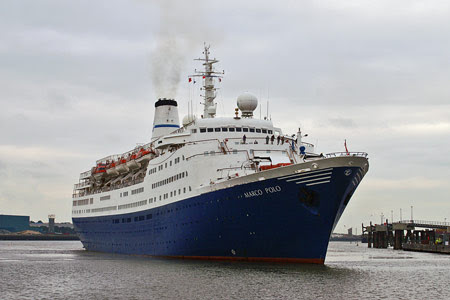 The new owners of Orient Lines confirmed they have acquired Maxim Gorkiy, which will be renamed Marco Polo II and embark on its maiden voyage from Barcelona April 15. A price was not disclosed.

Florida entrepeneur Wayne Heller, who bought the rights to the brand earlier this year, said his company will do everything to recreate the original Orient Lines concept, including longer, destination-intensive itineraries, a comprehensive enrichment program and value for money.

The respect for tradition will extend to renaming the decks and many public rooms on the new ship as they were called on the first Marco Polo, hiring Filipino crew and reinstating the crew show that always ranked as line’s top-rated entertainment.

Marco Polo II will carry 650 passengers and offer multiple, open-seating dining venues. The ship is ice-classed and able to operate in polar waters. Itineraries will range from 10 to 37 days, with a mix of traditional marquee ports such as St. Petersburg as well as lesser-known ports such as Bordeaux, Honfleur and Szczecin (for Berlin).

Built in 1969, Maxim Gorkiy was owned by Sovcomflot and has been sailing under charter to Germany’s Phoenix Reisen for many years. It underwent refurbishments in 1988 and 1995. The steam-turbine vessel will end its service for Phoenix this winter and enter an extensive drydock that will include any needed SOLAS 2010 updates.

‘The ship is in meticulously perfect condition. Very little work needs to be done but whatever work is needed, we’ll do it,’ Heller said. He said V.Ships is advising on technical issues.

The original Marco Polo is still operating, under different owners. But Heller said he is not concerned about confusion as that vessel is not currently marketed in North America, which will be Orient Lines’ primary customer source.

Heller said Polo Club members will keep their standing with the new Orient Lines, and whatever commission agreements travel agents held with the previous operator, NCL Corp., will be honored.

Bruce Nierenberg, evp, said the company will soon launch a direct mail campaign to Polo Club members, is hiring a seasoned field sales force and will begin making sales calls on agents. ‘We’ll definitely go after the British market,’ he added, saying that Australia, New Zealand and Germany are likely to be other targets.
Posted by rodeime