Ultimate in honeymoon ideas - SeaDream in the Mediterranean 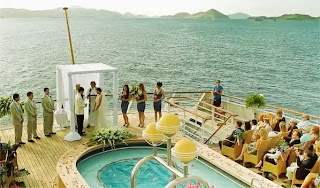 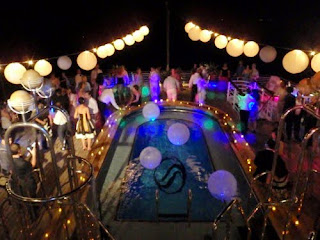 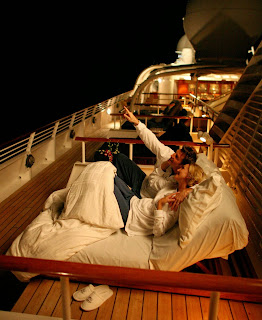 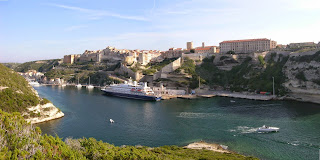 IF you've decided your honeymoon in 2015 is going to be in Europe, think about going a step further with the ultimate in honeymoon ideas… adding a romantic sailing in the Mediterranean aboard either of the boutique mega motor-cruisers SeaDream I or SeaDream II that are rated #2 and  #3 of the world's Top 3 Boutique vessels*.

SeaDream's Honeymooners' package is complimentary and includes a private dinner one night on deck with your own personal wait staff and a guitarist's visit for a special serenade, dinner with the captain another night, your bed strewn with rose petals and with centre-piece towels shaped like swans another, and on yet another night sleeping on deck under the stars on a rose petal strewn SeaDream Balinese Dreambed.

You'll also enjoy chocolate-coated strawberries at turndown one evening, a special "Lovers Surprise" dessert at one night's dinner, and an alfresco breakfast for two in a secluded deck location one morning.

SeaDream Yacht Club, whose 112-guest SeaDream I and II will sail in the Mediterranean from May to October 2015 (and then in the Caribbean to April 2016,) also has a special program that enables honeymooners to sail free.

For instance book six staterooms for family or friends to sail with you for 6-nights from Piraeus (Athens) to Civitavecchia (Rome) on October 17 2015 from US$4266pp twin share, and you'll get a seventh honeymoon stateroom for yourselves for free.

(A Californian honeymoon couple wrote to SeaDream Yacht Club on their return home: "The food, staff, services, quarters, destinations, everything was remarkable. Every newlywed deserves a Honeymoon on SeaDream!")

*#1 was Hanseatic, whose predominantly onboard language is German.

[] THIS couple got married on SeaDream and then stayed aboard for their honeymoon with 100 guests through the Caribbean.

[] PARTYING into the night after their onboard wedding.

[] COMPLIMENTARY Honeymooners' package on SeaDream includes a night  on deck under the stars on a DreamBed strewn with roses.

[] "EVERY newly-wed deserves a Honeymoon on SeaDream" – Californian Honeymooners' note to SeaDream Yacht Club on their return home.