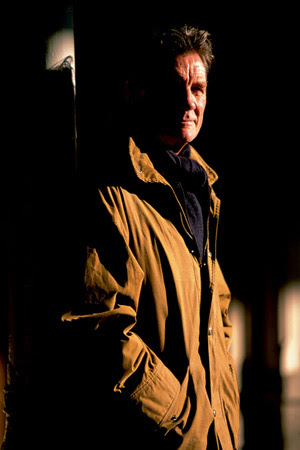 Thanks to all of you who remembered my birthday and sent nice messages.Especially big thanks to all those on Project Palin who signed my card. I may be very old, but it's great to know that people in places as far afield as St. Petersburg, Connecticut, Melbourne, London and Toronto bothered to wish me well and the card has survived its travels much better than I have!

The last few months have seen me complete a one-hour BBC documentary for the Timewatch slot. It's called The Last Day of The First World War and tells the story of what happened between the agreement to end the war at 5.15 in the morning, and the actual time of the cease-fire 6 hours later. The tragedy is that many thousands were killed, even though the war was officially over.

A tough story, but gave me the chance to visit the First World War sites in Belgium and Northern France and to see where it was on the Somme battlefield that my Great-Uncle Harry Palin was killed. It seems hard to comprehend what it must have been like for the soldiers fighting trench warfare. The neatly ploughed fields of today saw an unimaginable scale of slaughter only 90 years ago.

I'm also working on a preliminary edit of the second volume of my Diaries - covering the 1980s, when all I seemed to do was make films - Time Bandits, Meaning Of Life, Brazil, The MIssionary, Private Function and a Fish Called Wanda - until the offer came to present a programme called Around The World In Eighty Days, which led to... well, Palin's travels.

We set off from the Reform Club in September 1988, so this autumn will be the Twentieth anniversary and we're planning a one-off special programme which will be based around a return to some of the places and the people I filmed all those years ago. No details yet , but, if it all works out, I'll let you know.

Archie is now two years old and a trainspotter. I'm a bit embarrassed about this as it all started when I lifted him on my shoulders to look over a railway bridge near our home. Since then he shouts "Wailway!" whenever I see him.

I'm not in any great hurry to hop on a plane. I like London in May, and I'd rather give Heathrow a wide berth until they sort out all the problems following the Terminal Five lurch, sorry, launch. Meanwhile, I've been using Eurostar as much as possible. The successful opening of the new terminal at the old St. Pancras shows that the railways can teach the airports a thing or two when it comes to efficiency. Mind you, I should think a team of reasonably educated herrings could teach BAA a thing or two.

After twenty years on the road, or more generally on the dirt-track, I feel quite content spending more time at home. Just keeping on travelling for the sake of it is not the point for me. I'm not so interested in ticking off the big names (North Pole, South Pole, Tierra Del Fuego, the Amazon) just for the sake of it. You have to get something out of each encounter, a wider
knowledge, a sense of history and a feeling for the people and their way of life as well as just the T-shirt.

So I've a lot of memories and impressions, and I'm enjoying putting them in order, sealing them in my mind so they don't just drift away from my memory. Mind you, I still get very tempted when I hear of other people's adventures. John Hemming was on Excess Baggage on Radio 4 last weekend, talking about the Amazon (which he knows so well) and making my feet itch to get back there and experience once again the magical beauty and natural wealth of the great river and its rainforest.

But then Archie shouted "Wailway!" and I knew where my next trip was going to be!

Have a good summer. Be curious and be careful !