EGOTISTS TO ELEPHANTS – THE LIFE OF RON 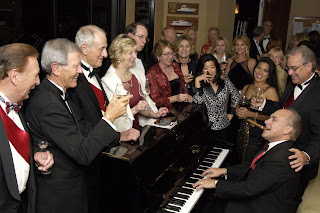 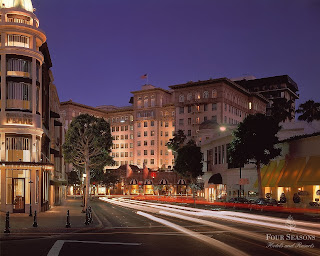 I'VE been trying to talk my mate Ron into writing a book.

For a hotel. His job was to look after the VIP of VIPs, people like royalty and business tycoons, and film stars and entertainers and, yes, visiting ambassadors. And once an elephant.

Name a name and Ron can tell you something about the person behind it – after all he spent 32-years at the home of VIPS, the very swishy Regent Beverly Wilshire, of Pretty Woman fame, on LA's best-known street, Rodeo Drive.

Ron Howard was the hotel's Night Manager. And because of the hours he worked he found himself handling some intriguing situations, and often fielding some weird requests from those who'd maybe had an extra glass or three in the course of the day, and now needed urgent assistance in the passion of the resultant moment.

And no matter how whacky some requests sounded, or whom they were made by, Ron always seemed able to come to the rescue with goods, services and, yes, shackles. So diplomatically so, that many appreciative guests started writing not to the General Manager or other executives with requests for special favours upon their arrival, but directly to Ron.

So the hotel gonged him as their "Ambassador," the man whom regular guests could ensure would have their favourite table set aside in the restaurant, their usual suite awaiting them, candles and flowers for that smoochy occasion, vintage Champers on ice for that deal-clinching dinner…

And the needs of that elephant.

The dumbo thing had got stuck in the hotel's lift doorway on the way out after starring in a corporate promotion in the ballroom, and despite everyone's pushing and shoving, couldn't be budged.

Come Ron to the rescue - with a packet of peanuts. He simply scattered them across the carpet and, hey presto, one baby elephant takes a deep breath and walks out for a feed.  Now that's real ambassador stuff for you.

And he's been called on to diplomatically resolve diplomatic situations: when Britain's top pop group at the time chucked a party and got into a food fight, wrecked a chandelier and generally trashed the room, were they thrown out?

Nah.  Ron "had a bit of a chat" with the lads' manager and got a cheque for the damage, plus a promise they'd address their behaviour better in the future.

And as a special hoot when Frank Sinatra celebrated his 55th birthday at the hotel, instead of a blonde bimbo popping out of the over-size birthday cake, Ron arranged to have Sinatra's mate, Sammy Davis Jnr do it… while on another occasion for a charity fund-raiser he set-up a half-size soccer field in the ballroom, and asked  Pele to launch the night by kicking the ball from one end of the artificial turf into the goal at the other.

Not to be out-done, another participant tried to replicate this skill, but put the ball through a $30,000 Venetian-crystal chandelier. "I couldn't smooth-over that one," Ambassador Ron later told me. "It was our General Manager."

Ron also got hold of a Mariachi band to surprise an entourage of visiting Mexican V-VIPs, had the entire Boston Pops Orchestra strike up the band at a political convention, and arranged garaging when Steve McQueen moved into the hotel with his collection of motorbikes for a long-term stay.

And he's become mates with others who've stayed long-term at the Beverly Wilshire, including Elton John, Mick Jagger and Andrew Lloyd Weber, while most members of the British Royal Family, the Dalai Lama, Aga Khan and Japanese Emperors have all propped there and rubbed shoulders with him.

And Hollywood made parts of Pretty Woman with Julia Roberts at the hotel, although the Presidential Suite seen in the movie was actually a replica built in a Hollywood studio.

And I reckon that with his diplomatic skills he's just the bloke who one day will announce when he's got both sides to end the war in Iraq.

Which is why I'm trying to get him to write that book.

[] "AMBASSADOR" Ron Howard hams it up at the keyboard during an Epicurean Society dinner at the hotel.