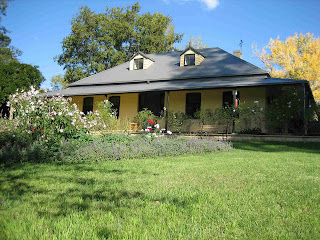 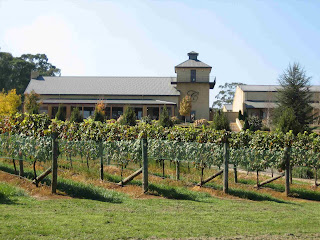 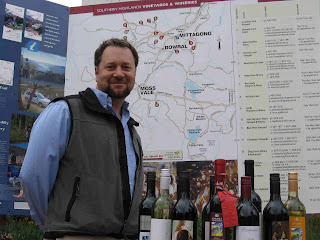 BACK in 1961 Elvis Presley rocked his way through a musical blockbuster that had him playing the role of a tour guide for a group of giggling American school girls and their teacher holidaying around Hawaii.

It was called Blue Hawaii and was the story of ex-GI Chad Gates coming home to a dizzy Mom – bizarrely played by Angela Lansbury who was just nine years older than the 26-year old Presley at the time – and a bossy father who wanted him to go into the family's pineapple canning business.

The independent Chad teams up instead with travel agent girlfriend Maile Duval (Joan Blackman,) and after singing and strumming his ukulele through a then movie-record fourteen rocka-hula songs inevitably marries her in one of Tinsel Town's most memorable wedding scenes on a barge on a picturesque Kauai lagoon.

Fast forward to the mid-1990s and a Californian-born tour guide escorting a group that includes four Aussie girls on the Big Overseas Adventure, travelling from Vancouver through the Rockies and across Canada to New York.

One of them, attractive Sydney brunette Amanda Stewart catches the eye of the handsome Shamus Watkins, and at the end of the tour they decide to keep in touch.

And yes, inevitably Shamus comes out to Australia to visit, and yes inevitably they get married here…

And while they now have each other and their jobs – Amanda as a legal secretary and Shamus a guide with Sydney's Bridge Climb – they share another mutual love: the Southern Highlands of NSW, and its emerging cool-climate wine industry.

There's probably little wonder: Amanda's family has owned a small rural retreat at Canyonleigh in the Highlands for decades and it's been part of her life since a little girl, while Shamus grew up in California's famous Napa Valley wine country and worked in some of its best winery restaurants while not on the road guiding tour groups.

And this month they've put their combined years in tourism, the wine industry and the Southern Highlands to good use to launch all-inclusive wine tours from Sydney to this emerging new wine region.

They've appropriately dubbed it Southern Crush Wine Tours and are initially including four of the region's twenty-plus boutique wineries in full-day tours, with pick-ups from several Sydney CBD locations for the trip to the Southern Highlands, which interestingly are an hour closer to Sydney than the Hunter Valley wine region.

There is also a pick-up at the Southern Highlands Visitor Centre at Mittagong for those from areas other than Sydney wanting to join tours from there.

Numbers are limited to a maximum of just twenty and guests are provided with a "tasting tool kit" comprising such things as information about each winery and their wine styles, tips on wine tasting, a history of the region, and food and wine pairing.

Wineries visited have been chosen for the different experiences they offer, and the willingness of owners and winemakers to talk to Shamus and Amanda's guests about the region's award-winning light and elegant style wines.

The first call is to Centennial Vineyards Winery for a tasting, a look at the modern winery and to hear something of the basics of winemaking, followed by Eling Forest Winery & Restaurant for an appreciation of wine and food matching over a gourmet 3-course lunch (guests are given a menu when they join the coach, and their orders phoned through in advance.)

After lunch there's a visit to the historic colonial town of Berrima and its famous galleries, antique and curio shops, then Blue Metal Vineyard for a wine and Southern Highlands gourmet cheese tasting – cooler boxes are carried on coaches for guests to bring back cheeses or other gourmet food purchases – and finally Joadja Vineyards & Winery for a behind-the-scenes look in the winery and a tasting in the vineyard.

Initially tours will run every Friday and Saturday, with plans for four or five weekly.

Pick-ups begin at 7.30am in Sydney's CBD and coaches return at approximately 6.30pm; price including wine and cheese tastings, lunch and a professional guide is $149 per person.

Phone (02) 8516 0031 or visit www.southerncrush.com.au for individual or small group bookings or full-coach charters for corporates or clubs.
……………..