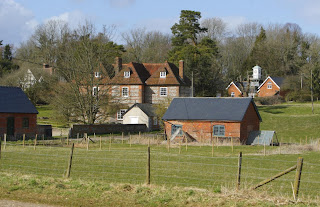 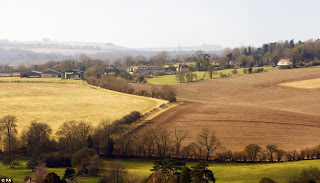 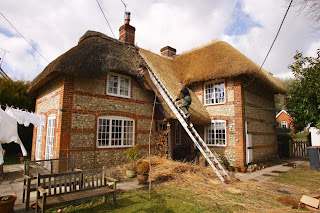 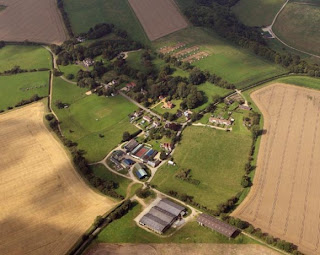 THE "FOR SALE" sign has gone up in the little English village of Linkenholt in Hampshire, and if you've a lazy $23-million pounds (that's about AU$47-million) it's your chance to go one-up on the neighbours.

Because when you hand over your cheque, what is now your neighbour's will become yours, as your little investment will not just get you the circa-1871 School House, nor just one of the 12th century farming lots, nor just the quaint one-building "shopping centre" where you can lean on the counter and meet the forty or so neighbours who've lived here all their lives.

It'll get you the entire village. That's 22-houses and cottages, a 140-year old Rectory, two smithing businesses with working forges, that one shop, 600-plus hectares of farm- and grass-lands, another 170ha of woodlands in which the landed gentry part with very serious money to shoot pheasant and grouse on the surrounding North Wessex Downs, and even a cricket ground and pavilion.

And a fence around the whole lot.

But what it won't get you is the1000-year old Manor House: you'll have to buy that separately when it comes on the market later this year if you want to play Lord of the Manor.

Nor will it get you the 12th century St Peters village church next to the Rectory,  because according to the estate agent handling the sale of the village, "that belongs to God."

And neither will you get your own village pub: the only one in Linkenholt closed down a few years ago and has been converted into a private residence, but a short walk to one of the neighbouring villages will get you a pint.

But you will get to own everything else in this quintessential piece of rural England that dates back to before Domesday (1086) and whose sale, according to estate agent Tim Sherston in wonderfully British understatement, is "very unusual indeed.

"In fact," he adds, "I can't recall the last time a village came up for sale."

But Linkenholt has, however, been bought and sold numerous times in its 1000-year history.

Earliest records show that the Manor of Linkenholt was granted by successive monarchs to the Abbots of St Peter, Gloucester and that to raise funds for the church, they rented Linkenholt out in its entirety to various business interests.

One of the earliest actual sales of the whole village was to a fellow named Emanuel Badd who bought it in 1629 for 2000-pounds, and sold it fifty-one years later for 12,000-pounds to a Dutch investor, Robert Styles who literally threw good money after Badd.

The Styles' family remained owners of Linkenholt until the early 1800s when it changed hands several times, sold at auction in the 1960s for 540,000-pounds, and was bought soon after by colourful sportsman and philanthropist Herbert Blagrave for an undisclosed amount.

Blagrave played lower-order cricket for Gloucestershire, and in his only first-class appearance for the Club in 1922, was caught out for a duck in the first innings and for twelve in the second, and went back to the lower grades.

He had more luck as a racehorse trainer than a cricketer however, bringing-home 350 winners in a 50-year career, and was also a director of Southampton Football Club.

Blagrave was fascinated by Linkenholt's history, yet while he owned the village and poured millions into the development of its agricultural lands and sporting facilities, he never lived there amid what he called "its remoteness and tranquillity" just 120km south-west of London.

And with no heir, when he died in 1981 aged 82 Herbert Blagrave left his village to a charitable trust with instructions that its income be used to help sick children, the elderly, and injured jockeys; after owning Linkeholt for the past 28-years the Trust has decided to sell and to invest its money elsewhere.

Whoever buys the village will find the well-maintained houses, cottages and commercial buildings, and the surrounding farmlands, will bring-in around 350,000-pounds a year in rent.

And there'll be a further 40,000-pounds annually on top of this from shooters going after pheasant and grouse in what's considered one of Britain's finest high-bird shooting areas.

If being Lord of the Manor appeals, email Jackson-Stops & Staff in Newbury on newbury@jackson-stops.co.uk for full details.

[] THE FARMLANDS THAT ARE INCLUDED IN THE SALE

[] PART OF THE VILLAGE