FAMILY AFFAIR LAUNDERS A VINTAGE PAST 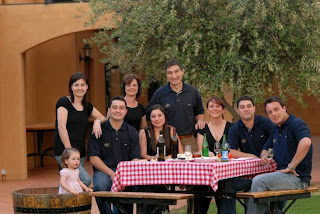 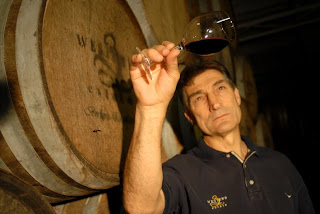 AN Italian migrant who made his first wines in the family laundry tub over a half century ago, would doubtless get a kick if he was still around today in knowing that the company that grew from that laundry tub, has just won one of this year's NSW Family Business of the Year Awards.

And that it exports around the world, and has its wines on some of the highest-rates cruise ships and in houses of parliament.

And even more bizarrely, that his son who now makes the wines and heads up the business, is a teetotaller who won't even drink those that he makes himself.

Francesco and Elizabeth Calabria migrated to Australia in 1925 and took-up a 2ha block in the NSW Riverina town of Griffith on which they grew fruit, vegetables and grapes. And as a good Italian boy, Francesco started making his own wine.

Neighbours soon heard of it, gave it the thumbs up and started dropping around with 18-litre drums they'd fill from Francesco's supply tank… such was the cosiness of life in the NSW 'bush' in times when the police had better things to do than go around arresting people for flogging home-made grog.

But when sales really started to take off, Francesco and Elizabeth decided they'd better do something about it, and in 1945 set up Calabria Wines.

In 1974 youngest son Bill, who'd become fascinated watching his dad making wine and did a course in winemaking, took over the business and renamed it Westend Estate Wines.

Today it includes on its payroll of over fifty, Bill Calabria as Managing Director and Winemaker, his wife Lena as a working Company Director, their second son Michael as General Manager and his wife Jenine in Administration, third son Andrew as Sales Manager, youngest daughter Elizabeth as Marketing Manager, eldest son Frank Bottling Line Attendant, and Frank's wife Sally Whittaker as Winemaker.

That's keeping it all in the family, and this month Westend Estate was named winner of Category 3 of the NSW Family Business of the Year Awards – third generation children or family relations of the second generation now managing the business.

Since Bill Calabria took over the reins the company has grown to produce most-all major varieties of reds, whites, sparklings and fortifieds under a half-dozen different labels.

It turns out 300,000 cases annually (that's around 3,600,000 bottles) that are sold in 25 countries, and also makes wine under contract for other grape growers.

Westend has seen its wines served on ships from the former mega-liner QE2 to the world's highest-rated boutique motor-cruisers SeaDream I and II, in houses of Parliament, win the title of Best Dry White at the London Times Wine Show, be named World's Best Dry Red and Dry White at the London Vintage Wine Festival and go on the shelves of Las Vegas casinos.

And it pulled off somewhat of a coup with the World's First Wine of the New Millennium: Bill's team bluffed a row of vines in 1999 into pre-season budding by earlier than normal pruning, covered their roots with black plastic to retain heat, and flooded them with heat and light from halogen lamps at night to simulate 24-hours of sunlight that forced early fruiting.

A minute after of midnight on December 31 1999 they picked the grapes, and Bill and his winemakers, Bryan Currie and Sally Whittaker turned these into wine that they had in-tank by sunrise on January 1st 2000; it was later bottled under the Eternity label.

And typical of Bill Calabria – who once brought rock bands to the Riverina to provide free concerts for local young people – he gave 25-per cent to family and friends, 25-per cent to local charities for fund raising, kept 25-per cent in Westend's "museum," and only sold the remainder.

For information about Westend Estate Wines phone (02) 6969 0800 or check-out www.westendestate.com.au  Their Cellar Door is open 7-days in Brayne Road, Griffith and has picnic facilities and a function centre that can accommodate 200 guests.

FOOTNOTE:  Bill Calabria suffers a rare allergy to the fruit acid in grapes, but  he says that when making wines "you don't have to swallow them, to know whether they re good or not."
…………………………..

[] EYE for a red – teetotaller winemaker Bill Calabria, makes it but won't drink  it.