It's time for the Lion King 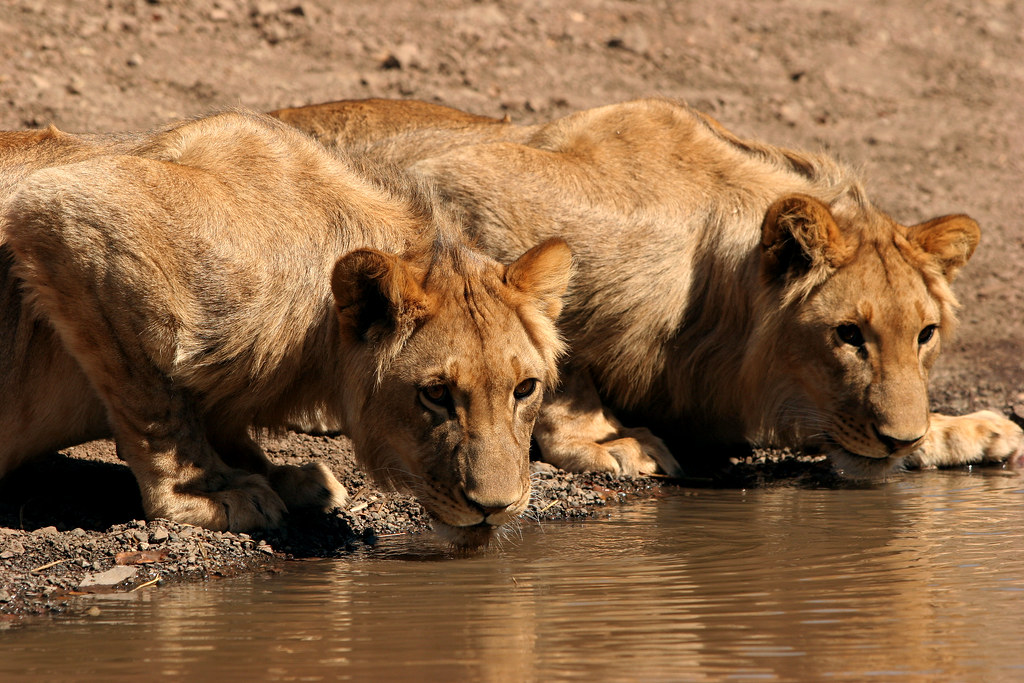 We are loving the computer animated Disney remake of the smash hit 1994 movie, The Lion King, released earlier this month. But surely nothing beats the real thing!

Here is Sanctuary Retreats' definitive guide to the best places in Africa to get close the 'mane' event and see some real Lion Kings in the wild!

A safari favourite since the early 20th century and home to one of the world's greatest wildlife arenas, Kenya's 2,000-odd lions are scattered across the country. But when Karen Blixen, author of Out Of Africa and long-time Kenyan resident, wrote: 'You know you are truly alive when you're living among lions,' she was talking specifically about the Mara.

And it's not hard to see why. This iconic game reserve, contiguous with the Serengeti National Park in Tanzania, is named in honour of the area's ancestral Massai and their description of the area when looked at from afar. Mara is Maa (Maasai language) for "spotted" – an apt description for a landscape characterised by endless overlapping circles of trees, scrub, savanna and cloud.

It's also globally famous for its exceptional population of lions and other big cats including leopards and cheetahs, making it the perfect place to witness one of the world's most quintessential wildlife experiences, the annual Great Migration, when millions of zebra, wildebeest, and other antelope species make an incredible journey across Tanzania and Kenya.

Of course, the Great Migration is spectacular at any time of year, but one of the best periods to catch local lions in action in Kenya is between August and October when fattened herds cross over from the northern border of Serengeti National Park into the Masai Mara Reserve. Here they will face their hardest challenge, crossing the Mara River, while doing their best to defend life and limb from hungry feline predators.

And Sanctuary Retreat's recently refurbished flagship property, Sanctuary Olonana in Kenya is just the place to watch them do it. Just one hour by plane from Nairobi, the luxurious camp is set in lush woodland on the banks of the Mara River, its fourteen spacious suites designed especially to maximise the wilderness experience for guests. But it's the game viewing on offer that makes a stay here truly memorable. Experienced guides are expert at finding the perfect hidden spots from which to view the extensive wildlife on show in the Masai Mara, supported by special touches ranging from private picnic breakfasts and lunches to magical bush suppers under the stars.

As well as providing front row seats to the Great Migration, game drives out from the camp reward guests with plenty of other 'Big Five' encounters, including a pod of hippos who live permanently in the river just below the Camp, and after-dark drives also allow for exclusive sightings of nocturnal creatures.

South Africa is more successful than most African countries at preserving its wild populations — and the Madwike Game Reserve is one of the country's richest wildlife sanctuaries, literally spread out over 75,000 hectares of stunning – and diverse, African wilderness. The terrain also varies widely from rocky peaks and open grasslands right through to lush valleys. This means that each area boasts its own distinctive inhabitants, which in turn means that visitors to the Reserve are all but guaranteed to see a huge and very diverse range of wildlife and some spectacular game viewing. Lion are prolific, with almost 100 calling the Reserve home, along with elephant, buffalo, rhino, leopard, cheetah, giraffe and hyena.

Madikwe Game Reserve is strictly protected and self-drive or day trips are tightly restricted in the area. This means that the best way to see the Reserve is during a stay in one of the area's exclusive bush hideaways. Sanctuary Makanyane Safari Lodge is situated on private ground within the Reserve overlooking the Marico River. Catering to just sixteen guests, eight secluded and luxurious suites each boast spectacular glass-walled bedrooms, offering uninterrupted views of the surrounding forest and the River. Add in exceptional cuisine, welcoming service and thrilling game viewing, and the result is an unforgettable luxury safari experience.

Botswana is Africa's high-end luxury safari destination offering spectacular game-viewing in the reserves that surround the dramatic Okavango Delta — a vast inland river system made up of permanent water channels, seasonal floodplains and islands. Here in the Delta, lions spend a lot of time crossing the floodplains, roundly dispelling the myth that they don't like water.

With several local lion prides and leopards living close by, the game viewing opportunities at Sanctuary Chief's Camp are awe-inspiring. Located on Chief's Island in Delta's famous Moremi Game Reserve, itself an area recognised as the 'predator capital of Africa', the Camp is ultimate safari destination. Re-built in 2016, it has well and truly raised the standards of the luxury safari experience to new heights.

Ten spacious pavilions offer incredible views over the surrounding Okavango Delta, which can be enjoyed from each pavilion's private pool or from the tranquil outdoor seating area. Bathrooms – which come complete with floor to ceiling windows and folding glass doors – also have a spacious outdoor shower and an indulgent, large bath tub – perfect for soaking in after a day's game viewing.

For the epitome of luxury, the 620m² Geoffrey Kent Luxury Suite, named after the eponymous safari pioneer, can accommodate from two to six guests. The suite is ideal for honeymooners looking for the ultimate retreat or groups of friends in search of the utmost privacy and comfort, with two pavilions, a private kitchen, indoor lounge, private boma with fire pit, and secluded deck area. It's fully staffed – with a dedicated chef, personal waiter and housekeeper.

Plus, the Suite comes with its own private vehicle and guide, who is adept at locating roaming lions out on the plains that prey on the thousands of antelope, zebra and buffalo who live here all year round.