Pub with no beer: The Temperance Hotel of Keyneton 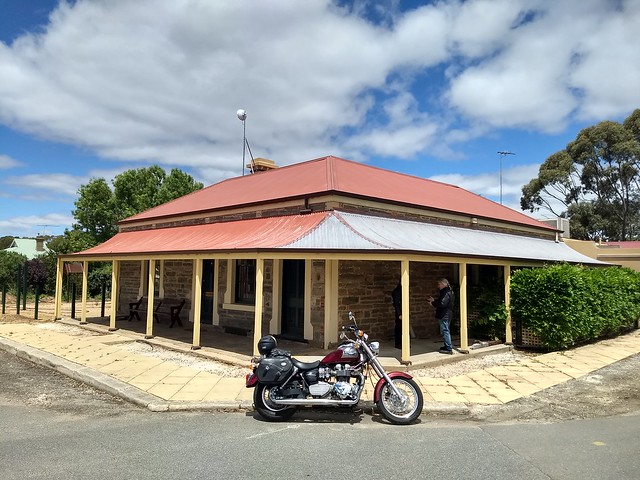 At this crossroad in 1883 Sarah Lindsay Evans (nee Angas) of Evandale built a hotel to operate as an inn providing overnight accommodation and stabling for travellers by horse or conch. The hotel served meals and only non-alcoholic beverages.

Any prospect of a public house licence at Keyneton was thwarted as the senior Mrs Evans was determined the neighbourhood be protected from temptation vice and sin. A devout Christian passionately dedicated to the Temperance movement, she exercised her convictions through her considerable means and influence (Along with her brother, John Howard Angas, she was a long-serving South Australian Alliance vice president, liberal donor to, and vice president of the Women's Christian Temperance Union, and Total Abstinence League of South Australia patron)

Fellow teetotaller and member of the North Rhine Band of Hope, Matthew Partridge, was invited to manage the new enterprise.

The hotel became a strategic staging post for mail coaches. goods contractors and general folk en route to and from the Murray Flats. As motor transport gradually superseded horse-drawn traffic, demand for casual accommodation declined. In the accommodation facilities were rented to school teachers and contract employees to the district.

The hotel ceased operation in 1948 and the Doddridge family tenanted the property with Harold (Joe") converting the stable to a motor mechanic workshop.

Since 1965 the hotel has served as a country retreat for a former Anglican Dean of Adelaide, has been a cafe restaurant, and is a private residence.