ANYTHING BUT CACTUS ON THE TEQUILA ROUTE 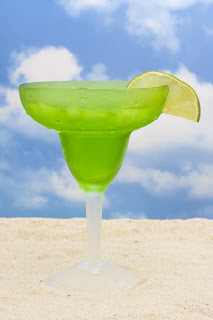 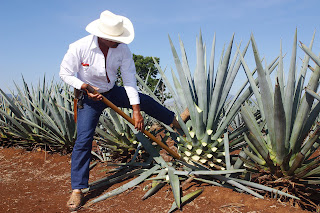 ANYTHING BUT CACTUS ON THE TEQUILA ROUTE

THERE'S probably no other drink done more to fire up wars and
revolutions, legends and folklore than tequila, Mexico's indigenous
firewater that's fuelled those in the firing line of improving their
lot since as far back as the early 1500s.

And while once considered by the country's former Spanish rulers as
the alcoholic crutch of peasants, revolutionaries, bandidos and other
perceived rabble, tequila is taking on a new image in the 21st
century: its now as much the drink of choice at boardroom level as
are hand-crafted Scotch single-malts and the best French cognacs.

And so far has the wheel turned, that in recognition of its beauty,
history and cultural significance, Mexico's Tequila Valley has been
listed as a World Heritage site, and the tequila industry and tourism
promoters have jumped on this triumph with the establishment of a
Tequila Route – somewhat akin to the tourism-lucrative wine routes of
France, Australia, California and South Africa.

And even the Inter-American Development Bank's weighed-in with
millions of dollars in aid to encourage free-spending holidaymakers
to trek this fledgling La Ruta del Tequila, and so give a
much-welcome economic boost to locals in the picturesque Tequila
Valley and mountains.

It's a long way from the day in 1795 when Don Jose Antonio de Cuervo
got a licence from Mexico's Spanish rulers to turn the juice of the
wild agave plant into tequila, and thus become North America's first
recognised distiller.

But Jose Cuervo – whose name translates less romantically in English
to Joe Crow – was not the first to make the stuff: local natives had
been home-brewing agave firewater for 300 years.

Joe's fiery drop was known to have spurred-on revolutionaries during
the War of Independence from Spain (1810-1821,) and a century later
during the Mexican Revolution it became something of a symbol of
patriotic pride to be seen tossing down a commercially-made tequila
or three.

And production boomed from 1920 to 1933 when the Mafia and other
mobsters smuggled tequila by the truck-load across the border from
Mexico during America's Prohibition, and again in the 1940s when the
heady firewater became a cheap replacement for hard-to-get European
spirits during WWII.

The La Ruta del Tequila fans out from Guadalajara, the colourful
capital of the central-western Mexican state of Jalisco, through a
diversity of mountains and valleys embracing such picturesque towns
as El Arenal, Amatitlan, Magdelena, and where it all began, Tequila
township.

Visitors fly into Guadalajara to either self-drive or join organised
tours through the thousands of hectares of agave farms, visit tequila
distilleries to see how the stuff is made and taste samples, and shop
the countless markets that are a chaotically kaleidoscopic jumble of
home-crafts, hand-woven blankets, knitwear and every form of
paraphernalia to do with the partaking of tequila.

It's also possible to do 12-hour-day tours from the coastal city of
Puerto Vallarta, seeing the jimadors (agave harvesters) slashing the
spiky man-high leaves off the plants to reveal the huge 40- to
60-kilogram pinas that are somewhat like a cross between a pineapple
and a watermelon, and whose juice becomes tequila.

At the major distilleries like Jose Cuervo, Tequila Herradura and La
Preservancia Sauza guided tours follow the process of splitting and
oven- drying this mammoth fruit, boiling it in evil-smelling vats,
and distilling it into an eventually clear liquid around 40% proof.

Only the product of 100% blue agave fruit and grown within the area
of the new La Ruta del Tequila can be labelled as tequila.

And while most tequila finds its way into Margaritas, Freddy
Fudpuckers, Long Island Iced Teas and a score or so other liquid
temptations, or is tossed down straight with a lick of salt and a
slice of lemon, there's a big move towards handmade double- and even
triple-distilled 'singles' that are savoured slowly like single-malt
Scotch whiskies and Cognacs.

And just for the record, the 'worm' once found in some bottles of
tequila and allegedly part of tequila culture, was no more than a
1940s marketing ploy to suck in the gringos – and tequila is not
"cactus juice"… while the blue agave plant may resemble a cactus,
it's in fact more related to a docile lily.

Tequila Route full-day tours from Puerto Vallarta between July and
December cost around US$100pp including lunch; go to
www.vallartaonline.com/tours/TequilaSixPack

PHOTO CAPTIONS: A jimador exposes the massive pina that's the

heart of the agave plant from
which tequila is made.

RESULTANT drop: a lime-infused
Margarita, one

of several-score cocktails based
on Mexico's famed