NOT JUST ELVIS HAS LEFT THE BUILDING 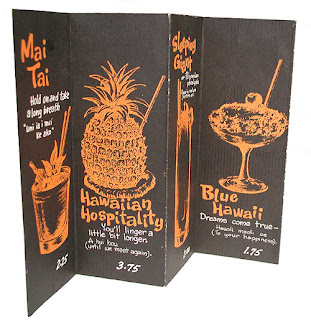 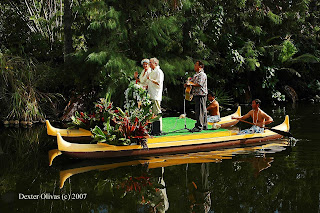 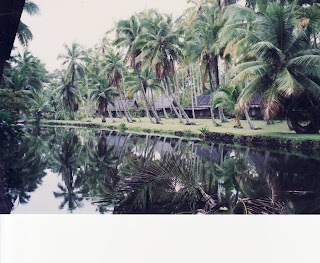 NOT JUST ELVIS HAS LEFT THE BUILDING

(so has his hotel)

JUST as stage announcer Al Dvorin boomed for years into his microphone
"ladies and gentlemen, Elvis has left the building" to disperse
the throngs hoping for one last encore, an Hawaii resort that The King
made as equally famous as himself, has now itself "left the building."

And remarkably while its just as famous today as it was when Presley
put it on the map 47-years ago, few can explain why – not a guest has
stayed in the derelict joint since 1992.

This seemingly paradoxical place is the Coco Palms Resort on the
Hawaiian island of Kauai, a time-warp 1950s retreat that's been slated
for a $200-million-plus make-over for years. But after continually
fragile relations with the bureaucracy and community-interest groups –
and as the last straw, the US subprime lending crisis – that
make-over's now off, and the resort's up for sale.

And heart-breakingly, the most-recent owners bought it for $12m just a
couple of years ago, and then poured a few more millions into plans
for 200 luxury condominiums, a hundred or so hotel rooms, restaurants,
shops and a spa, all in Polynesian-style reminiscent of how the resort
originally looked – but all to no avail.

Coco Palms opened in January 1953 with just 24 rooms, four employees,
and two guests. But over the years it developed into a sprawling
near-400 rooms amid a 2000-tree coconut grove, that contrary to the
publicity hype was not a one-time plaything of the Hawaiian royal
family who ruled Kauai from the 13th century to the mid-1800s.

Rather, the grove was developed in 1896 by a planter who simply
brought in a shipload of coconuts from Samoa; when the Coco Palms
Resort opened 50-odd years later amid all these, its managers
encouraged famous guests to plant additional coconuts that were marked
with plaques sporting their names: The Von Trapp Family Singers, Bing
Crosby, surfer Duke Kahanamoku and the Prince and Princess of Japan
being amongst the earliest to take up the offer.

The resort was also the first in Hawaii to have a doorman welcome new
guests with a blast from a conch shell, and to summon diners with a
flaming ceremonial "Call to Feast" flare-lighting at 7.30 every
evening – a ritual played-out nightly for 40 years until the place was
trashed by Hurricane Iniki in September 1992 and closed.

Both the conch-shell greeting and "Call to Feast" featured in one of
Elvis Presley's most famous movies, Blue Hawaii in which he starred
with Joan Blackman and Angela Lansbury, and which made the Coco Palms
Resort a household name world-wide.

Before that, Hollywood had used the resort to film parts of South
Pacific, Pagan Love Song, TV's Fantasy Island, and Miss Sadie Thompson
with Rita Hayworth, afterwards donating the Wedding Chapel used in
that movie to the resort… which dusted it off in 1961 for use again in
Blue Hawaii.

Presley and his co-stars had their own thatch bungalows at the Coco
Palms Resort, and cast and crew dined well and inexpensively.

Except for The King, who adopted his own bizarre meal rituals,
eschewing such delights as Mandarin Duck Soup (in those days, just
40-cents,) Char-roasted Prime Rib ($4) and Coconut Honey Sundae (a
mere 50-cents) for daily breakfasts of toasted bacon and egg
sandwiches, burgers and fries for both lunch and dinner – and
in-between, fill-me-up peanut butter and banana sandwiches that he
ordered be deep-fried.

While Coco Palms Resort has been closed since Hurricane Iniki in 1992,
it's still possible to pay a visit – and even to get married there.

A tour company on Kauai, Hawaii Movie Tours includes a look at the
Resort's coconut grove, the remains of Presley's thatch cottage, and
the so-called lagoon over which Presley and Blackman were transported
by barge as he crooned The Hawaiian Wedding Song.

A replica of the Wedding Barge is used today by popular Kauai
entertainer Larry Rivera for Chapel in the Palms Weddings; couples can
be transported on the barge to be married in the Chapel or amongst the
palms, with Champers, cake, conch-blowers and of course, music from
Blue Hawaii.

(Mail larryrivera@hawaiian.net for details of weddings; for holidays
in Hawaii including on Kauai phone Canada & Alaska Specialist Holidays
on 1300 79 49 59.)

PHOTO CAPTIONS: HOME to The King: the thatch bungalow in which

Elvis Presley stayed while
filming Blue Hawaii at the

couple cross the lagoon on a
replica of Elvis' barge

on their way to their wedding in
the chapel used in

THOSE were the days: the Blue
Hawaii cocktail was

created at Coco Palms during
the making of the movie –