The battle for Unley's Heywood Park 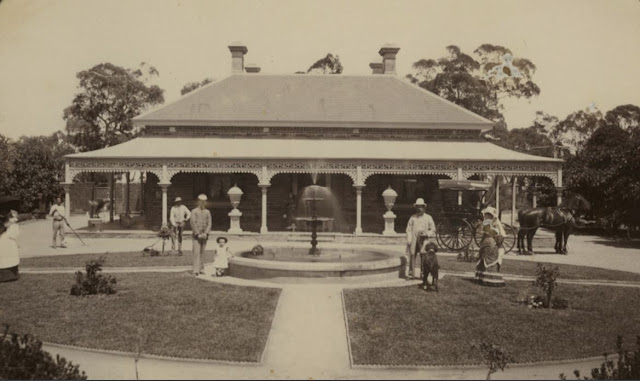 Unley residents will be familiar with the generous green space of Heywood Park, which lies at the southern end of King William Road.

What they might not know was the public battle to buy the land when it was first made into a park back in 1920.

The area was first a refuge for the local Kaurna people and was a place they would go to camp away from the colonial settlers in Adelaide.

Later, the land was known as Heywood Estate and was owned by the then state MP William Haslam and was named after his birthplace in Lancashire.

Eight acres of the land went up for sale following the MP's death in 1917 and Unley mayor William Langham was eyeing it off as a public park.

However, not all of his constituents were on board with the idea.

In 1920, Unley Council held a public poll to find whether residents supported the purchase of a portion of the estate to be made into a public park.

To the mayor's dismay, Unley residents voted against the measure. The Register reported on the poll in 1920 and noted the mayor's reaction to the results.

"He was exceedingly disappointed at the result," the reporter said.

"From the rate-payers' interest manifested in the proposed purchase it appeared that the council had just a little misinterpreted the public spirit of Unley."

Despite the loss, Mayor Langham remained undeterred and began an independent fundraising campaign to buy the property.

He began asking ratepayers to personally put forth funds to purchase the land and made pleas to the public in the newspapers of the time.

"Inasmuch as the park is one of the last pieces of natural scenery close to the city and has been largely used as a picnic ground by children from the more densely populated parts of the metropolitan area," the mayor said.

"I confidently appeal to the ever generous public to at once subscribe the £6,000 required to complete the purchase.

"My idea is that having done this, the grounds should be designated the Prince Edward Park to commemorate the visit of his Royal Highness, The Prince of Wales.

"This can, however, be decided later by the subscribers themselves."

With the funds raised, Mayor Langham found further resistance in other councillors, who cried foul that he had gone ahead even after losing the poll, as well as rival buyers who took him to court.

Despite the challenges, the council eventually gave in and the land was bought in April 1920 and the council designated it Heywood Park, as it is still known today.

The park will celebrate its centennial anniversary in December, as the park's opening gala was held in December 1921.

The park was recently designated among South Australia's best public parks for a picnic by SA Motor magazine.