Destination Japan: here’s what to look forward to in 2023 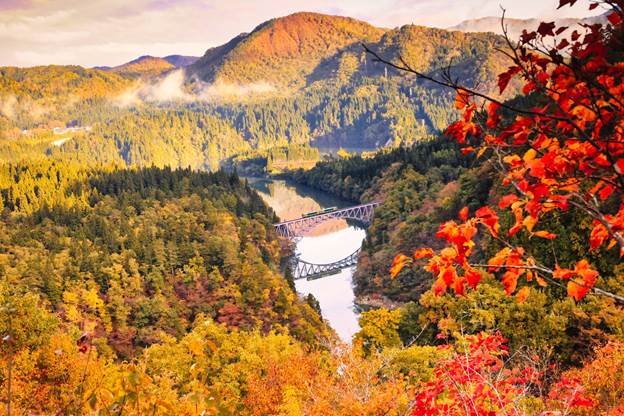 Travel to Japan is open again for Australians – resuming just in time for the autumn and winter seasons. Japan remains a firm favourite amongst Australian travellers with the country one of the fastest-growing overseas destinations for Australians before the pandemic.

If you haven't got your Japan adventure planned just yet, there's a lot to look forward to in 2023. Even if you've been a frequent visitor in the past, there are still plenty of new things to do and see. Here's an overview of some of the must-do experiences and events on offer across the country in 2023.

World-class arts and events in 2023

The Biwako Biennale takes place in iconic locations in Shiga Prefecture including Omihachiman, Hikone, and areas around the stunning Lake Biwa. Japanese and foreign artists contribute with the works designed to connect attendees to the charm and culture of the area. Works inhabit vacant houses and venues – a successful strategy used by several art festivals in Japan that make use of abandoned properties with the aim to revitalise the area. The event runs from 8 October to 27 November 2023.

A new luxury train from Tokyo to Nikko is set to launch. Tobu Railway has unveiled the new design and layout for SPACIA X that will begin operations on 15 July 2023. Running between Asakusa Station in Tokyo and Nikko in Tochigi Prefecture, the new train will feature six seat variations, including the 'Cockpit Suite', designed with similar aesthetics to a private jet. The on board menu will feature local Nikko cuisine as well as signature craft beer from Nikko Brewing and coffee from Nikko Coffee. 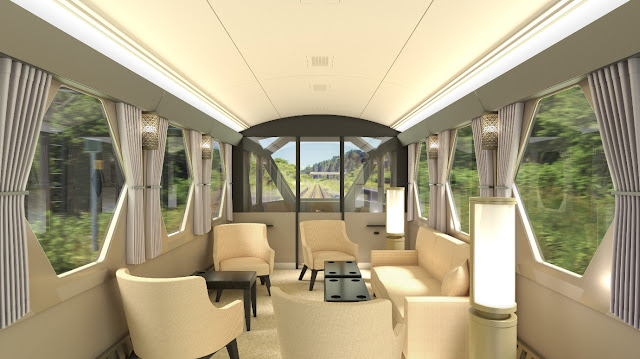 Sapporo Snow Festival (Sapporo Yuki Matsuri) is one of the most popular winter festivals in Japan and 2023 will see the return of the in-person Snow Festival for the first time in three years. With ice sculptures illuminated at night, delicious hot drinks served in ice bars, and adrenaline-boosting snowmobile rides, this festival is a winter must-do and takes place from February 4-11.

The Shibuya Sky rooftop observation deck was one of the hottest new openings in 2019 but thanks to the pandemic, it missed out on the throngs of visitors it deserved. The open-air observation deck boasts 360-degree views of the city from the jaw-dropping rooftop – Shibuya's highest – which includes a seasonal outdoor bar, The Roof. There's still time to enjoy the views with a drink in hand as the rooftop bar is open until January 9 and will reopen in April 2023.

Copenhagen's three-Michelin-star restaurant Noma is heading to Kyoto for a ten-week-long pop-up at the Ace Hotel Kyoto. Helmed by chef-owner René Redzepi, Noma is globally renowned for its modern Scandinavian fare that centres on sustainable, locally sourced ingredients. Noma Kyoto will run from March 15 to May 20.

Getting tickets to the Tokyo Grand Sumo Tournament at Ryogoku Kokugikan has become easier for sumo fans. Japanese travel agency, JTB, is bringing back its popular sumo viewing tours which are available daily during the two-week tournament from January 8 to January 22. Tickets include a professional English-speaking interpreter who will give explanations on rules and sumo terminology.

Rakudo-An is a small luxury hotel created in a restored 120-year-old 'Azumadachi' farmhouse in the beautiful rural landscape of the Tonami Plain, Toyama Prefecture. Just over two hours by bullet train from Tokyo and on the Sea of Japan, Toyama is home to UNESCO-listed villages, mountain ranges and gorges, and a diverse community of craftspeople who welcome visitors to their studios, breweries, and wineries. Surrounded by paddy fields, this boutique hotel opened in October 2022 and has just three guest rooms, making it an ideal place to immerse yourself in Japanese culture. 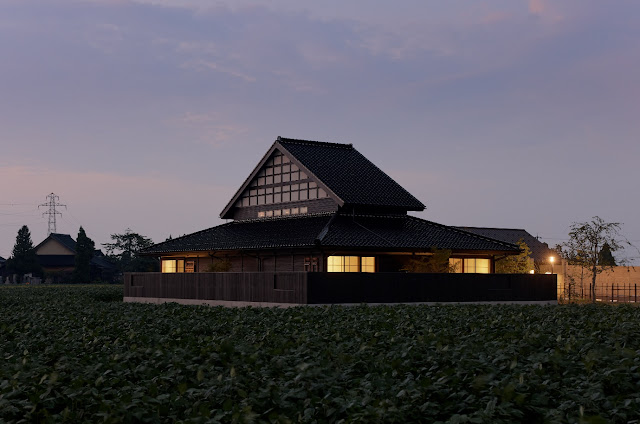 Opening to global fanfare in November 2022, the whimsical Ghibli Park is nestled within the Aichi Expo Memorial Park in Aichi Prefecture, a countryside prefecture located east of Nagoya. Fans of the Japanese animation studio's works can look for 'soot sprites' at Satsuki and Mei's home from "My Neighbour Totoro" or sit quietly on a train next to No Face of "Spirited Away." Pre-booking is required, ticketing information for international visitors will be announced on the official Ghibli Park website.

A memorial for the 2011 Tohoku Earthquake and Tsunami has opened in Miyagi Prefecture. The Minamisanriku 311 Memorial, designed by star Japanese architect, Kengo Kuma, includes lost objects and remnants of the disaster as well as collections of photographs taken in the aftermath. There is also an art installation by French sculptor, Christian Boltanski. 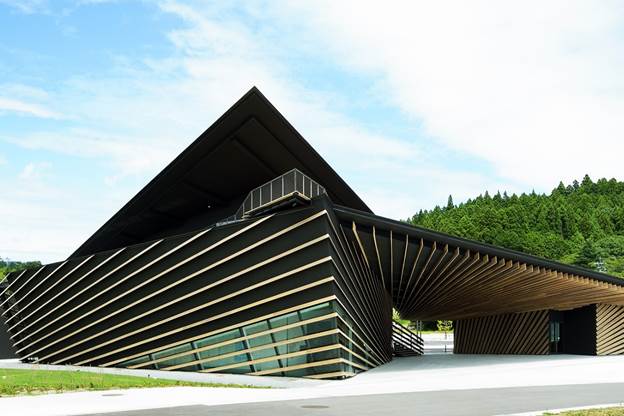 Stay in a luxury villa in the historical village of Takayama. Built in 1879, TANIYA is a renovated 100-year-old annex adjacent to the Kusakabe Family Residence and is available for exclusive hire by a single group each night. The residence is a nationally designated 'Important Cultural Property' located in the historic town of Takayama, Gifu Prefecture. A stay at this architectural masterpiece will allow you to enjoy the charm and authentic culture of Takayama and relive the rich history of the period.

Tokyo has held its reputation as the city with the most Michelin stars in the world and 2023 is no exception. Tokyo's restaurants now boast a whopping 263 Michelin stars. You can to see the full list in the Michelin Guide Tokyo 2023. Michelin also released the 2023 Kyoto Osaka Michelin Guide. 196 Michelin-worthy restaurants can be found in Kyoto, while in Osaka, 193 restaurants have now received Michelin recognition.

KAI Izumo offers ryokan relaxation with views of Izumo Hinomisaki Lighthouse. Located at the westernmost tip of the Shimane Peninsula and Izumo Matsushima islands, this hot spring ryokan has picturesque views of Izumo Hinomisaki Lighthouse and the vast Sea of Japan. Guests can take advantage of its proximity to Izumo Taisha Grand Shrine, home to cultural experiences related to Japanese Mythology. 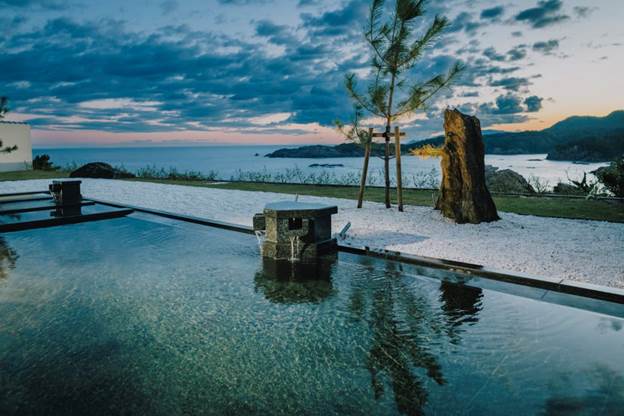 The JR Tadami Line has come back into full operation for the first time since the Great East Japan Earthquake in 2011. The Tadami Line stretches between Aizu-Wakamatsu Station in Fukushima Prefecture and Koide Station in Niigata Prefecture. A two-carriage train, the route is often referred to as one of Japan's most beautiful rural railways.

While the Tokyo 2020 Olympics were off the cards in person, you can now relive the experience where it all happened. The Japan National Stadium, designed by architect, Kengo Kuma, is now open to the public for an unguided tour where you get to explore the space at your leisure.

Shimokitazawa has a well-earned reputation as Tokyo's coolest neighbourhood with its independent coffee shops and one-of-a-kind vintage clothing stores. Time Out even named it one of the top 10 coolest neighbourhoods in the world. The area has welcomed three new shopping and dining complexes over the past two years: Bonus Track, Reload, and Mikan Shimokita. All three boast multiple restaurants, cafés, bars, and shops, helping cement the district's place as a youth culture hub.

More tourists are open to getting off the tourist path. The initial return of tourists to Japan has seen mostly FIT (free independent tourists) searching for authentic experiences including adventure, luxury, and sustainable travel. By slowing down and engaging with nature and local culture, travellers to Japan are showing interest in small, locally owned businesses including accommodation, restaurants, and guides, and local experiences.