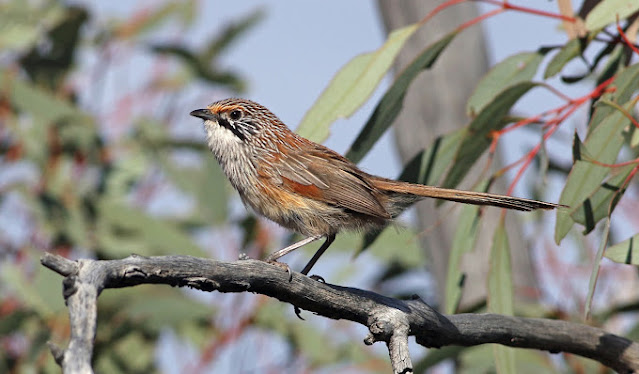 THE PRIORITY FIGHT: PROGRESS OR PEOPLE

It is more progressive, go ahead, and vote catching to start something new than to rejuvenate the old.

Man has given the mallee fowl two efficient predators in the fox and the feral cat. Now it has added a third and more deadly one-the State Government.

Two quotations from the stream of protest letters that have poured into the letter columns of Melbourne's daily newspapers about the Victorian Government's plan to develop part of the Little Desert in Western Victoria.

The letters were sometimes inflammatory ramblings, often considered opinions by experts, such as agricultural economists, farm consultants and conservationists. They condemned almost without exception, the plan proposed by the State Minister for Lands, Sir William McDonald, to open up 200,000 acres and build $600,000 worth of access roads, and the Cabinet-approved modified plan for a pilot scheme of 48,000 acres of farms.

The full scheme or the stage one version are equally unacceptable, even allowing for Sir William McDonald's decision to set aside 80,000 acres of the most arid area of the desert. The Minister has emphasised that this will ensure the protection of the mallee fowl, but the habitats and environment of the Little Desert vary and many of the 140 species of birds, nineteen native mammals, twenty-four reptiles and about 600 native species of flora cannot be found within the 80,000 acres.

He has spoken further of demand for the land and of the benefits of decentralisation, farm employment and progress. How much better if the money of the Government and affluent farmers was used to improve existing agricultural land which is farmed below its potential efficiency and capacity, rather than put into land which experts regard, at best, as marginal.

This might be considered a local issue. But it has national significance. People need natural landscapes they need a balance of peace and refreshment and to preserve the richness and dignity of the human environment as much as they need affluence, industrial strength and the amenities of civilisation.

The loss of the character of the Australian environment must cause a decline in the richness of community life. The Governments which have watched over and fostered an era of un- precedented industrial and urban expansion must also be prepared to strike a realistic balance -to cater for less tangible, but just as real, needs of the people with an expanded and enlightened approach to preservation of the Australian environment.

The stir over the Little Desert is a warning to governments that the goals of national progress can not be disassociated from the needs of the people for whom the progress is sought.