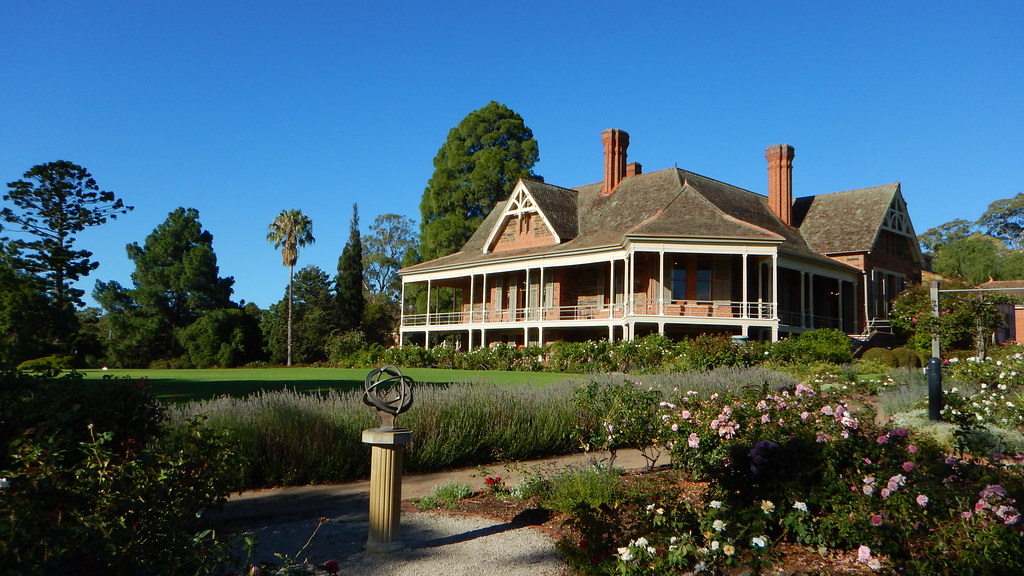 Figures prominent in the business and pastoral life of South Australia are linked with Urrbrae situated at the base of the foothills overlooking Adelaide. Nowadays, its associations are with education and research. As the Waite Agricultural Research Institute, it is an integral part of the Faculty of Agricultural Science at the University of Adelaide. On adjoining land is the Urrbrae Agricultural High School. 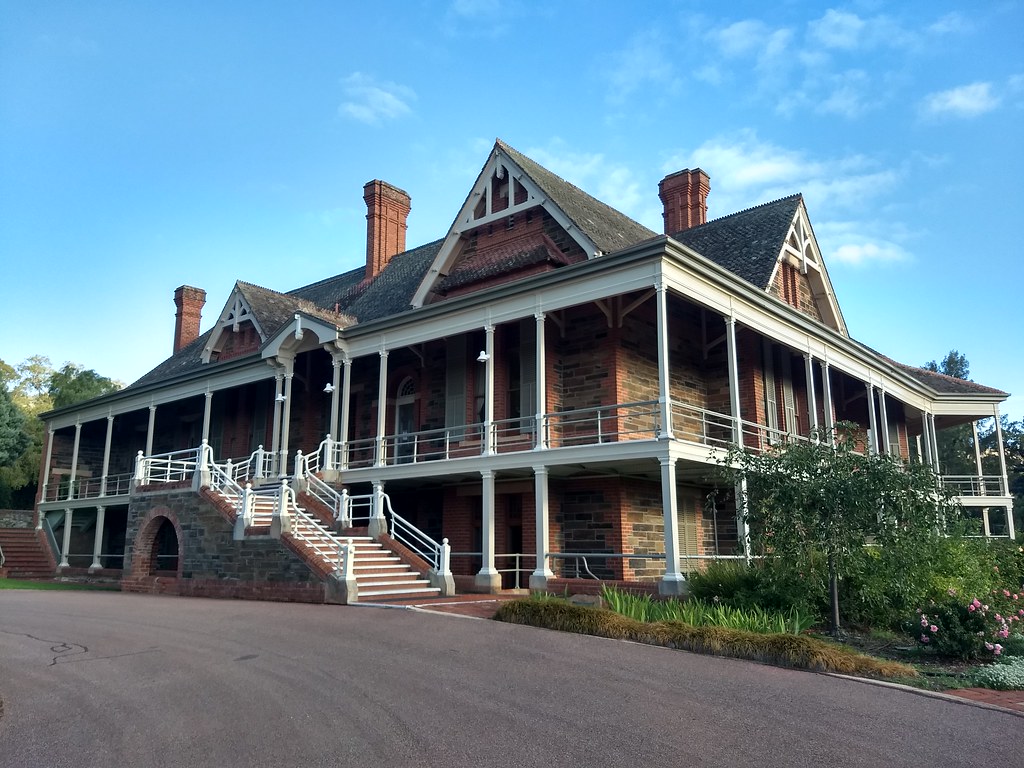 The first name coupled with it in 1839 is that of John Brown, Auditor-General and a member of Adelaide's first Corpora- tion. The first home there was built in about 1844 by Robert F. Macgeorge, a leader in Adelaide's early business life, who gave it the name of Urr, his birthplace in Scotland. It was a single-storey place with two underground rooms. leased it to the Hon. Edward Stirling and for a

span it was gay with the life of the Stirling family of eight. When the Stirlings returned to England in 1864, Macgeorge sold the place to Peter Waite who had come out from Kirk- caldy, Fifeshire, five years before at the age of 25, joined Sir Thomas Elder and in a few short of spectacular success years had gained an interest in properties embracing thousands of square miles.

About 1890 Peter Waite had the old house pulled down and the present two-storey one of 35 rooms built. In it were features such as a music gallery and beautiful panelling, while outside the owner took deep interest in the planting of the grounds to give a park-like effect and in the garden, which became one of the show places of Adelaide.

In 1924 he gave 299 acres of the land, the house, and a fund of £58,000 to "further the cause of research in agriculture and allied subjects," and the Waite Agricultural Research Institute came into being.
Text: Max Lamshed. Adelaide Sketchbook. Rigby 1967. Photos: Roderick Eime 2021

The gatehouse is currently located in the northwest corner of the University of Adelaide's Waite Campus, a precinct bequeathed to the university by pastoralist and businessman Peter Waite nearly 100 years ago. (More: ABC)
Posted by rodeime