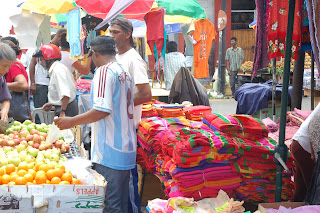 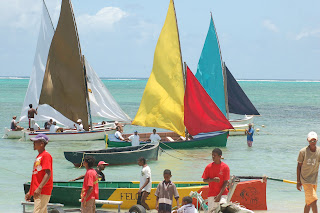 OF all the battles he fought, Napoleon Bonaparte won only one at sea – and remarkably that was not in his own backyard in Europe, but on the other side of the world in the Indian Ocean.

And while he was not personally involved in this historic skirmish in which a small part of his navy resoundingly defeated the British, Napoleon would not have even been around at all had it not been for an ironic twist of fate: when he was a 16-year old French Artillery Officer he applied to join an expedition to the Southern Ocean led by the explorer La Perouse, but was rejected.

As history tells us, La Perouse and his entire crew perished when his ship foundered off what is now Vanuatu, while the adventurous Napoleon whom La Perouse considered unfit for his South Seas foray, went on to become one of France's greatest sons.

In the early 1800s the trade routes from the lucrative Far East to Europe were highly prized, and after grabbing what is now Mauritius from the Dutch and renaming it Ile de France, the French established a naval base at Grand Port.

In August of 1810, four British ships made a surprise raid on Grand Port, and in the absence of the local French naval squadron that was away on patrol, the British continued to fly the French flag from the local fort so as not to give away their presence to the French squadron when it returned.

When that occurred on August 20 1810 the French with their three frigates and two captured East Indiamen (trading ships,) were immediately set upon by the British.

A bloody battle raged for two days, and while the British squadron of four ships out-gunned the French with 175 cannon to 144, the French fought a masterful fight: due to the shallow waters of the Bay neither side was able to set sail to gain a manoeuvering advantage and had to fight from their ships that rode constrained on their anchors.

The French at one stage shot away the mooring chains of two of the four British ships, setting them free to drift ashore where they were blown apart as they floundered helplessly on the sands; the remaining two were then quickly captured.

And ironically when the French commander and a British captain were injured in this historic encounter, they were taken ashore by their crews for treatment at a local clinic – and found themselves in beds side-by-side and being treated by the same doctor. That clinic is now the National History Museum in the village of Mahebourg and well worth a visit to re-trace the exact details of the Battle of Grand Port.

Napoleon's only-ever naval victory over a British fleet was received with much jubilation in Paris, and was inscribed amongst his other victories on the Arc de Triomphe.

But jubilation was short-lived: just three months later the British, still coveting Ile de France because of its strategic location in the Indian Ocean, launched another attack on the island, this time landing on its northern shores and marching overland to attack the fort at Grand Port.

Not wanting another battle, the French immediately gave up the island and Britain renamed it Mauritius; twenty-five years later they abolished slavery there, giving sugar cane planters the-then very princely sum of two-million pounds as compensation for the loss of the slaves they'd brought from Africa and Madagascar, and to enable them to employ thousands of immigrants from India to work their plantations.

Mauritius gained independence from Britain in 1968 and is now a much sought-after holiday destination for Australians and Europeans, with excellent and well-priced beach resorts, exceptional dining with French and Creole influences, wonderful shopping and colourful markets, and plenty of local cultural and historic attractions.

In May 2010 the Mauritian and French governments are planning a 200th anniversary re-enactment of the Battle of Grand Port and a Tall Ships Regatta, promising what will be "a very colourful event in a very colourful country."

Keenly-priced holiday opportunities to Mauritius now and for the 2010 celebrations are available through travel agents.

MORE peaceful fleets than in Napoleon's day ply the waters of Mauritius today.

COLOURFUL markets are a highlight of holiday shopping in Mauritius that's a popular getaway for Australians.