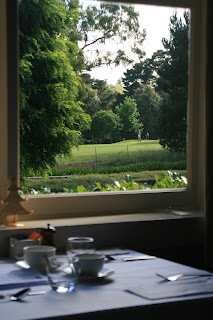 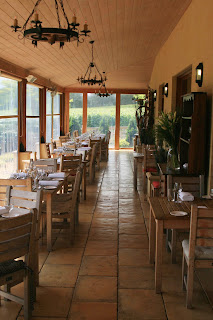 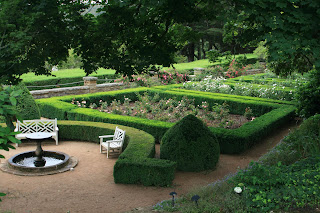 NEW SOUTH WALES’ Southern Highlands – just ninety minutes from Sydney have come a long way since their initial fame in the mid- to late-19th century centred on their coal mines, iron foundries, brick kilns and dairies that supplied “the big smoke.”

And in later-times, the author of Mary Poppins who created one of Hollywood’s most-magical characters from her home here in Bowral… and Australia’s first history-making ensuited motel.

Today the mines, the kilns, the dairies are something of history, Mary Poppins has become a household name, every motel has an ensuite, and the Highlands are now a year-round playground for Sydney-siders, Canberrans, South Coasters and overseas visitors drawn by their lush very-English gardens, flower festivals, quaint tearooms and cafés, fine restaurants and bounteous antique shops.

And for outdoors types, the spectacular Fitzroy Falls and Morton National Park; and whether you’re a sports fan or not there’s the region’s most famous citadel all, Bowral’s (Sir Donald) Bradman Museum and Oval.

Garden buffs home-in on Milton Park that was owned from 1910 to 1960 by the Anthony Hordern family of Sydney retailing fame.

Originally established along Edwardian formal and geometric lines, the magnificent gardens at the front of the mansion were gradually expanded to include a series of terraces, pools and spectacular garden beds amid the property’s many fine old trees.

After buying the property in 1910, Anthony Hordern renamed it after the South Coast town of Milton, which had been established by his grandfather John Booth.

It’s easy to spend an hour or two wandering these gardens, taking photos and discovering delights such as the three oldest weeping beeches in Australia and the oldest variegated tulip tree in the southern hemisphere.

These days, Milton Park is run as a guesthouse and spa resort and offers fine dining in Horderns Restaurant, where new executive chef Joel Bickford is doing wonders with local produce, including Li-Sun mushrooms from a disused railway tunnel now used by microbiologist Noel Arrold to produce a range of these exotic delights.

A drive to Horderns for lunch, a stroll around Milton Park, and a diversion to Fitzroy Falls, comes highly recommended as a daytrip for those living in or visiting Sydney, Wollongong or Canberra.

And if you’re staying, many of Milton Park’s large, well equipped rooms open out on to the gardens, and there’s a heated pool, complimentary use of the spa pavilion (treatments are extra), tennis, and the opportunity for pre-dinner drinks and a game of snooker on the full-size table in the magnificently decorated bar.

The wine industry is growing particularly quickly, with a bevy of small wineries being led by a couple of larger producers such as Centennial Vineyards and Southern Highlands Wines, who revel in their cool climate that’s ideal for fine wines; their proximity to Sydney, the South Coast and Canberra draws many visitors from these places to their cellar-doors and restaurants.

We enjoyed an excellent lunch at Centennial, beside an open fire and with sweeping views of the vineyards and countryside.

And if you’re interested in a round or two of golf, consider a couple of nights at Links House, just across the road from the Bowral Golf Club: purpose-built in 1928 for golfing enthusiasts, it offers very comfortable motel-style accommodation... and made history as the first motel in Australia to offer ensuite facilities.

Its present owner-managers take great pride in the lush gardens, sheltered courtyards and the cosy lounge and library areas.

If you’re interested in enjoying these indulgences and the many delightful indoor/outdoor cafés, antique shops and galleries throughout this popular Southern Highlands region, contact:

BREKKIE with a view: Links House dates back to the 1920s.