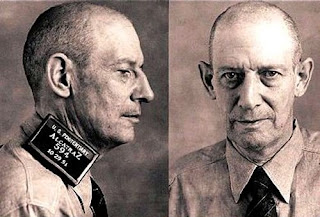 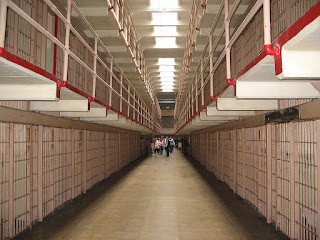 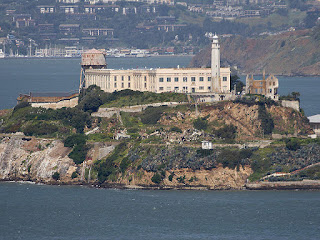 HOLLYWOOD has a way of treating bygone gangsters somewhat kindly – even when not actually glorifying their antics, it seems to always want to give them something of an ill-deserved glamour and romance.

But it can't put a glamorous or romantic edge to some of their nicknames.

Alvin  Karpis, murderer and kidnapper, was better known as Kreepy, and achieved particular fame when he was arrested in 1936 by the head of the FBI, J Edgar Hoover. Hoover had the Press snap a photo of Kreepy tied-up with Hoover's own necktie, but he forgot to tell reporters that his G-Men had already subdued Kreepy by the time he'd arrived.

And bootlegger and armed robber, George Kelly was better known simply as Machine Gun, and won something of fame in 1933 by urinating on one of the police officers trying to arrest him. Aussie lads would doubtless have made a more appropriate nickname out of that, but nevertheless Machine Gun is still popular here today at pub trivia nights: one of his trials was the first-ever recorded on movie film.

But one of the most famous American hoods of all was Al Capone, endearingly known as Scarface. And while he controlled crime across the United States during the Prohibition era of the 1920s, he was never convicted of the murders and robberies he pursued with great zeal: he went to jail in 1931 for not paying his income tax.

And whatever their crimes, all these criminals had something in common: they all did time on Alcatraz Island in the middle of San Francisco Harbour, a place that between 1934 and 1963 became arguably the most famous prison in the United States. And it had its own nickname: 'The Rock'.

It was officially named "La Isla de los Alcatraces' in 1775 by Spanish naval captain Juan de Ayala – 'Island of the Gannets' after the sea birds that nested there.

Capone soon learned that: he was sent there in 1934 after a life of ease in Atlanta Federal Prison where he had bribed the warden and his guards to allow him a snug bed, a comfy lounge, a radio and even deep-pile carpet on his cell floor.

But despite trying to suck up to Alcatraz' warden on the day he arrived at 'The Rock,' Capone found this bloke to be of the old-fashioned variety, and got no home comforts during his 4½ years there.

Today's tourists learn all about these infamous inmates as they stroll around, listening on tape-recorder headphones to the history of the prison, and what to stop and look for.

And about escape attempts. Thirty-four prisoners were involved in fourteen attempts to get off 'The Rock', two trying twice. Seven were shot dead, two drowned, and all but five of the rest were recaptured… although authorities reckon those five probably drowned too.

The most famous attempt was in 1962 when three of those missing five  escaped through air-conditioning ducts. Hollywood made a dully-named movie out of it, 'Escape from Alcatraz' starring Clint Eastwood. The relatives of two of the three claimed they later received postcards from the pair – posted from South America.

Amongst other movies set at Alcatraz was 1995's 'Murder in the First,' starring Kevin Bacon, Christian Slater and Gary Oldman. While it was supposed to have been based on a true story, it was pure Hollywood fiction.

'The Birdman of Alcatraz' was also Hollywood pap. The Birdman was a fellow named Robert Stroud, convicted in 1909 of manslaughter in Alaska and, later, of the murder of a prison guard.

But he never kept birds while on 'The Rock' as the film purports: the only time he had such pets was at Leavenworth Prison in Kansas, and even there he wasn't the loveable character as portrayed by actor Burt Lancaster in the movie: in 1942 he was transferred to Alcatraz for brewing illegal hooch in a still he was supposedly using to make medicines for his canaries.

But despite all, Alcatraz wasn't as bad as the movies made out, and many inmates preferred it to other prisons – because they at least got a cell there to themselves.