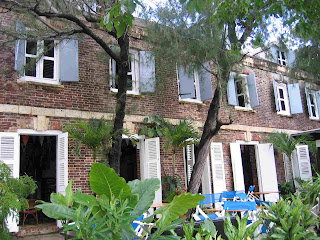 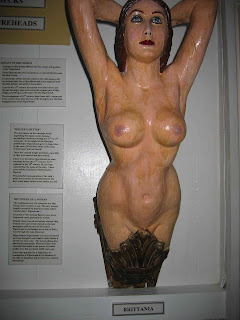 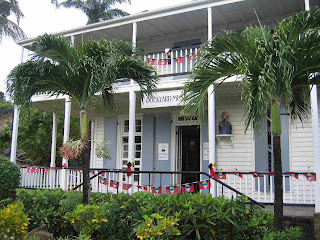 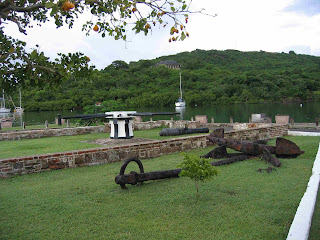 A RUSTING old anchor on a waterfront lawn at English Harbour on the tiny island of Antigua in the Caribbean attracts only mild attention from most visitors… after all, this harbour was once one of Britain's major naval centres, so there are plenty such items of maritime history to be found here.

But in fact it marks an infamous blot in Britain's naval history, for it was here that a British peer and Acting Commander – Thomas Pitt, the 2nd Baron Camelford – shot dead a lower-born officer in a pistol duel… because the latter refused to kowtow to His Lordship.

Lord Camelford was no stranger to controversy: when he travelled with Captain George Vancouver on his journey of discovery to Tahiti and America, Vancouver had him flogged for trading ship's stores for the favours of a Tahitian beauty, again for unauthorised trading with Indians on the American coast, and yet again for breaking the binnacle glass while skylarking.

And finally Vancouver put him in irons for falling asleep on watch.

After other problems Lord Camelford left the navy for a short time, but rejoined and rose to the rank of lieutenant aboard HMS Favourite, and possibly because of his family connections, in 1797 was appointed Acting Commander over the ship's First Lieutenant, Charles Peterson who was actually his senior.

Inevitable friction between them saw Peterson transferred to HMS Perdrix, but the two found themselves moored uncomfortably side-by-side in Antigua's English Harbour in 1798.

They quarrelled yet again over seniority, and Lord Camelford, who considered himself a top shot and had already killed one man in a duel, challenged Lieutenant Peterson to join him on the lawn opposite their ships.

He shot Petersen dead, was court-martialled and acquitted, but ironically when he made a similar call against a friend six years later, it was His Lordship who proved not the shot he thought he was: he died on the spot at just 29 years of age, and with no heirs his title died with him.

The British chose English Harbour, 20km south of Antigua's now-capital St John's, as a base for their ships for raids on valuable sugar-producing islands in the Eastern Caribbean, and to thwart others eyeing-off the same islands. They could also repair their ships in a harbour well-protected against enemy and storms, and which had plentiful timber.

Lord Nelson was temporarily based there, and hated the place so much he wrote back home that it was "an infernal hole… a vile spot." And bizarrely when he fell ill and sailed back to England, he took a barrel of Caribbean rum with him to "preserve my body in the event of my death at sea."

English Harbour ceased operations as a naval base in 1889, and today is a favourite haunt of cruising yachties who find safe haven here. And local maritime and naval buffs who formed the Friends of English Harbour in the mid-1990s have restored much of the original Georgian dockyard, believed to be the only one of its kind remaining in the world today.

They've also created a fascinating maritime museum in the 1885's Admiral's House which, typically of the British, was given its illustrious name despite never having been home to an admiral: most of the time it was occupied by the officer-in-charge of the docks and his storekeeper.

As well as the anchor marking the spot where the erratic Lord Camelford shot Lieutenant Peterson, there are restored capstans on which fiddlers once sat and played sea shanties to encourage greater effort by sailors struggling to haul ships ashore for repairs, the massive pillars to which those ships were tied upright once on dry land, historic stone wharves, 250-year old warehouses that are now boutique hotels, and the museum with its fascinating collections.

Sadly most visitors to Antigua don't go much beyond the shops, markets, restaurants and bars of capital St John's, but the trip down to English Harbour is well worth the taxi fare.

[] ANCHOR marks the spot where Lord Camelford shot Lt Peterson in a duel in 1798; the capstan behind was used to haul naval ships ashore for repairs – a fiddler sat atop to play encouraging sea shanties.

[] MUSEUM at Antigua's English Harbour, with the bust of Lord Nelson – who considered Antigua "an infernal hole and vile spot" – guarding the door.

[] FIGUREHEAD in the Museum: while women were considered bad luck aboard ship, bare-breasted figureheads were designed to shame a stormy sea into calm, and were often a likeness of a shipowner's wife or daughter.