Changes Among the Expedition Ships 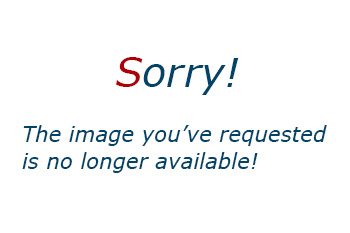 Meanwhile, there have been a number of changes among the operators of the smaller expeditions ships.

After the absorption of INTRAV and its Clipper brand and Australia's Peregrine Adventures into the Quark brand under TUI, a recent announcement has been made that Peregrine will be reinstated as an operator, responsible for marketing and operating the 104-berth Akademik Sergey Vavilov.

Basically, this will leave Quark with the 112-berth icebreaker Kapitan Khlebnikov and three passenger ships, the 122-berth Clipper Adventurer, 112-berth Lyubov Orlova and 68-berth Ocean Nova, and Peregrine with the adapted scientific research ship. The 48-berth Akademik Shokalskiy, meanwhile, will not return to the Antarctic in 2009/10 even though she was originally scheduled to.

Former Peregrine manager Andrew Prossin last year set up his own company, One Ocean Expeditions in Vancouver, and in 2009/10 will operate five Antarctic departures with the 108-berth Akademik Ioffe, which previously worked for Quark. Last season, One Ocean worked with Oceanwide Adventures of Flushing.

The addition of One Ocean means that five of these adventure companies now operate from Canada. GAP Adventures, with its new 116-berth ship Expedition, and Cruise North Expeditions, which operates the Lyubov Orlova in the Canadian Arctic each summer, are both located in Toronto, as is Patrick Shaw, president of Quark Expeditions, whose reservations offices are located in Stamford, Connecticut.

Meanwhile, Polar Star Expeditions, which operates the 96-berth icebreaker Polar Star is based in Halifax. Ironically, Prossin and Shaw, along with Cruise North boss Dugald Wells, all worked for the pioneering Canadian operator Marine Expeditions before that company went out of business in 2001, victim of a spike in the price of fuel that brought down the affiliated World Cruise Company.

Cruise West are also using the Corinthian II, a sister ship of their own Spirit of Oceanus, for a dedicated 18-night Antarctic, Falklands and South Georgia departure of their own on February 8, 2010. New fleetmate Clelia II has just been acquired and was upgraded to Ice Class in Piraeus this spring. She will now alternate her winters in the Antarctic with summers in the Great Lakes. 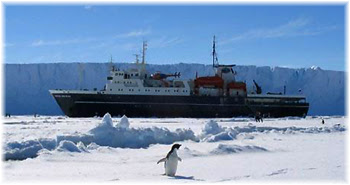 Outside of North America, operators include Hapag-Lloyd Cruises of Hamburg, with the 138-berth Bremen and 168-berth Hanseatic, Silversea Expeditions of Monaco, with the 120-berth Prince Albert II, and Oceanwide Expeditions of Flushing, with its 112-berth Plancius, 84-berth Antarctic Dream and 53-berth sister ships Professor Molchanov and Professor Multanovskiy, and in Australia, Orion Expedition Cruises, with the 106-passenger Orion and Aurora Expeditions, with its 100-berth Marina Svetaeva and 56-berth Polar Pioneer.

New Zealand's Heritage Expeditions meanwhile operates the 48-berth Spirit of Enderby. One little ship that will not return, however, is the 100-berth Andrea, now under arrest in Split.

All of these ships carry only 100 or so passengers and are equipped with zodiacs for landings to observe local wildlife, the area's spectacular scenery and to visit research stations. And while the 50-berth ships are slowly disappearing, several of these ships, such as the National Geographic Explorer, Expedition, Clelia II and Plancius, are new to the scene, while Corinthian II, Ocean Nova and Prince Albert II are also fairly recent additions, so there is still a wide choice for the consumer.