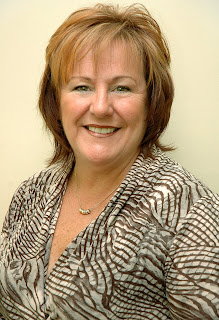 WHEN travel agent Jenny Williams sets off for a cruise with one of her regular groups of mature-age singles travellers, she goes with a Be Prepared attitude worthy of the finest in the Scouting movement.

Because amongst the many accoutrements a good travel agent always has tucked away in their travel bag, Jenny also has a few dozen pairs of industrial-strength ear-plugs – and a roll of yellow ribbon.

A travel agent specialising largely in the cruise market for some 38-years, Jenny in more recent times has been putting together and escorting group-cruise holidays for singles in the 45-to-65 age group, and sometimes even a tad older.

"I love travelling with them because they're mature, love life and have fun – and they're too old to be head-bangers, and too young to qualify for the blue rinse set," she says of her clients, who come from all walks of life: professionals, office workers, farmers, retirees, once an aircraft salesman and another time a Qantas pilot.

"Some are divorcees, some have lost a partner, some have simply never married and enjoy travelling in the company of others – we even have some who come with us because their partners don't want to cruise," Jenny says.

Her cruises have been mainly to the South Pacific and Asia, and while she normally takes around thirty singles, last February she merged her group with another group of 250 holidaymakers a fellow agent had organised aboard Sun Princess for 13-nights to New Zealand.

Jenny gets as much information as she can about each of her cruise-goers so she can match them as best as possible with those of the same sex to share cabins. "Best of all, as they're sharing they're not having to pay those dreaded single supplements," she says.

"Where I can, I organise for those from different capitals cities to meet together before we sail so they get to know something of each other… quite often its at these gatherings that they find out who have common interests and decide whom they might like to share with.

"It usually works out very well – but of course there's always the odd reason for those ear-plugs, and everyone says they in fact work really well!"

Jenny says the death of Diane Brimble on an Australian cruise ship in 2002 gave her business a bit of a jolt. "What happened to poor Diane saw bookings for singles simply melt away, but if anything when the shock wore off we rebounded stronger than ever – I think because of our being organised and escorted aspect."

Currently she's putting together a group to join a 14-day "Cruise, Blues & Rock & Roll" tour to New Zealand aboard Dawn Princess in February next year. "This is right into our age group, with music of our era performed by such Australian greats as James Reyne, Joe Camilleri, Russel Morris, Lisa Edwards and Mike Brady and Band," she says.

And in July 2010 she's booked space for an Aussie singles group for a 17-night luxury cruise aboard Dawn Princess again, this time from New York to the Caribbean, through the Panama Canal, Mexico and Los Angeles.

"I don't hold clients' hands," Jenny says. "While we have dinner together every night as a group, I leave them to do their own shore excursions, shopping and socialising by day, but am always there on board as a 'friendly face' if they have a query or need."

And while she says these aren't "view mat" ("view to matrimony") cruises, she's had two weddings result from her cruises, and says two other couples are now in permanent relationships.

Which brings us to that roll of yellow ribbon she always carries with her. "Yes, sometimes those of the opposite sex do find each other attractive during a cruise, and discover they might want to spend some more-personal time together.

"So if you come back to your cabin one day and find who you are sharing with has borrowed a bit of my yellow ribbon and tied it to the door handle, its a signal for you to go and have a drink and come back later!!!"

[] JENNY Williams: "Mature age singles are fun to travel with… too old to be head-bangers, and too young for the blue rinse set."
Posted by rodeime at 4:34 PM