ROLLIN’ DOWN THE RIVER – HOW GORGES 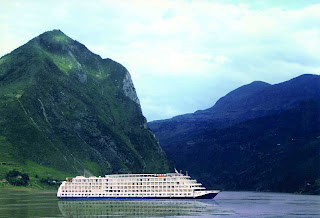 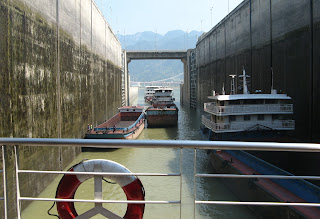 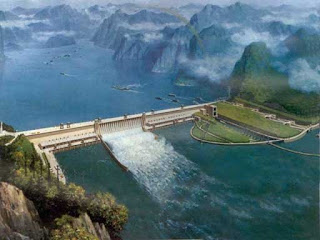 MOST hail it China's greatest building job since the Great Wall was started in the 7th century BC and took two-thousand years to finish.

But while the Three Gorges Dam has so far taken just fifteen years of hard yakka and has another two to go, it's also attracted its fair share of doomsayers, self-anointed structural genii and general ratbags.

A massive 2km-wide barrier of steel and concrete across the great Yantze River in China's south-east, the dam has already cost over AU$50-billion and will soak up another $10b before doing everything its being built to do: generate a whopping 22,500MW of electricity, control flooding in the lower Yangtze in wetter months, and release water to these areas in drier times.

In the process of building this gargantuan wall that's 101-metres high, 115 through at its base and twice as wide as the Sydney Harbour Bridge and its approaches are long, over 1.24 million people had to be re-located to newly-created towns and cities as their original communities slowly drowned under a spreading 23-trillion litres of water.

And thousands of cultural and historical relics were also moved to the safety of higher ground – while one 200-year old temple and a rare, attached 9-storey wooden pavilion had another dam built around them, leaving them sitting on what's now an island within the growing 1000-sq kilometre reservoir.

The doomsayers and their hangers-on have been having a field day knocking all this, pointing out that 1300 archaeological sites have been lost forever under the dam's 100-metre deep waters, and claiming that with the pressure of so much water behind it, the dam will one day burst like an over-ripe lychee and wipe out millions living along the Yangtze below it.

Or that in a good earthquake the whole lot will come tumbling down with the same catastrophic results, while Siberan Crane will lose their winter-holiday wetlands on the Yangtze, the river's population of indigenous sturgeon will be virtually wiped out by human intervention in the natural flow of the river, and that its dolphin population will go the same way.

The idea of a dam across the Yangzte is nothing new: Sun Yat-sen, the "Father of Modern China" first came up with the idea in 1919, twenty years later the Japanese invaded China and drew up plans for a Yangtze Dam, America also thought about one at War's end, and in 1949 when the Communists took over China they also got their engineers to mull over the idea.

But it wasn't until 1992 that work finally started on the Three Gorges Dam.

As well as river-flow control, the 32 massive generators in the biggest hydro power-station in the world will produce a third more electricity than the combined output of every power station in NSW. This alone is expected to save over 100-million tonnes of greenhouse gases a year from China's notorious coal-fired power-stations, while by controlling river flows and depth, shipping costs on the Yangtze have been reduced by 25% and river freight capacity increased six times.

And interestingly it's created a whole new industry: river-cruising, with around a dozen tourist-ships now operating on the Yangtze. One international company, Viking River Cruises sails 12- to 17-night luxury cruises between Shanghai and Beijing, including with some voyages, side-flights to see the Great Wall and Terracotta Warriors.

These cruises offer a chance to see vast areas of China up-close and personal with daily shore excursions to cultural, historic and religious sites, a local zoo to see the pandas, modern shopping centres contrasting with village markets, and a school sponsored by Viking Cruise Lines at which the kids sing Chinese songs and encourage visitors to put on their own impromptu singalong of national anthems or folk-songs.

Our Jolly Swagman usually gets a good work-out.

There's also an inspection of the dam and the locks that move vessels 100-metres between the lower Yangtze and its upper reaches behind the dam.

Viking's guest suites have balconies, dining is exceptional with a mix of Western and Chinese cuisines, there's an Observation Lounge and Bar, Sundeck and Bar, gym and onboard entertainment.

For fly/cruise details on Viking Century Sun's cruises on the Yangtze being sold exclusively to Australian guests, phone Cruiseco on 1800 225 656 or visit www.cruising.com.au